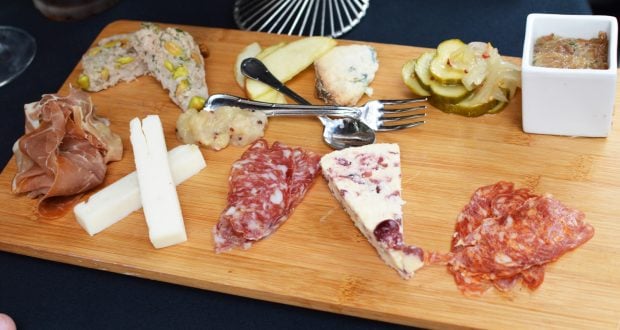 There are a lot of changes taking place at Disney’s Hollywood Studios. There are construction walls everywhere, and the park feels small. Fortunately, there is nothing small about dining at Disney’s Hollywood Studios, especially if you’re looking for something that’s outside of your normal theme park routine. Reservations are recommended for everything on this list, but that doesn’t mean that you should skip the counter service options. ABC Commissary, Backlot Express or PizzeRizzo are great choices. If your family can’t all agree on what you want for a quick meal, stop by Sunset Ranch Market. There are several different places to choose from there. Here are six reasons why we won’t skip Disney’s Hollywood Studios, even during the transformation.

A day at Walt Disney World is filled with running from one place to another, so it’s always nice to have a chance to sit down and unwind for a little while. At Mama Melrose’s Ristorante Italiano, you’ll enjoy Italian favorites in a relaxing atmosphere. The menu includes flatbreads, pasta, steak, seafood, and other Italian staples. The wine list features vintages from Italy and California, and you can end your meal with an authentic cappuccino. Mama Melrose’s Ristorante Italiano is popular, walking up is not recommended.

Star Wars: A Galactic Spectacular Dessert Party is the only selection on this list that isn’t a full meal, but that doesn’t mean that you’ll walk away hungry! Check in at Launch Bay, where you’ll be able to feast on Darth Vader cupcakes and other out of this world desserts. Alcoholic and non-alcoholic beverages are included as well. You’ll receive a souvenir Chewbacca mug to take home, and the best part of all is that you’ll watch Star Wars: A Galactic Spectacular from a reserved viewing area. You don’t need to be a Star Wars fan to enjoy the fireworks extravaganza. It’s amazing.

There are two full service restaurants at Disney’s Hollywood Studios that are based on the 1950’s. The first is 50’s Prime Time Cafe. You’ll feel as if you’ve stepped into an old fashioned TV show for your meal. Black and white televisions play sitcoms from 1955 while you dine. Your server will be a member of your family, and he or she won’t be afraid to tell you to take your elbows off the table or to finish your vegetables if you want dessert. It’s all done in good fun. The menu features delicious comfort foods, but it’s the atmosphere that makes this a must-stop for many families. If you can’t get a reservation, try the Tune-In Lounge next door.

The other restaurant with a 1950’s theme is Sci-Fi Dine-In Theater Restaurant. Although you’re really indoors, you’ll feel like you’re outdoors at a drive-in theater. You’ll dine in a “car” and the screen at the front plays clips and trailers from cheesy science fiction movies. The menu is fairly standard, with entrees such as burgers, ribs, sandwiches, and pasta. One word of warning, the inside of the theater is fairly dark. Watch your step, and you might need to use the flashlight app on your phone to read the menu.

You will step back in time at Hollywood Brown Derby, but unlike the previous two restaurants this time you’ll be entering the Golden Age of Hollywood. The restaurant is a replica of the original Brown Derby, complete with caricatures of the rich and famous. Hollywood Brown Derby is a signature dining experience, and it will make you forget about all the changes taking place outside. Our Famous Cobb Salad is the restaurant’s signature dish. It’s available as either an appetizer or an entree.

Hollywood & Vine does not earn the top spot on this list because of the food. Some guests claim that the buffet is mediocre at best, while others love it. It is the characters that make Hollywood & Vine so special. Starting May 14th the Disney Jr. Play ‘n’ Dine lunch will be no more and it will taken over by Minnie’s Seasonal Dine. Minnie’s Seasonal Dine will still be the dinner offering and will offer the same character experiences at lunch. The Disney Jr. characters will still be at Hollywood & Vine for breakfast, and you can still meet these characters later in the day at other locations in the park.  Some menu items will also change seasonally. Minnie’s Seasonal Dining is a great way to be able to spend quality time with classic characters and this is a great way to introduce shy little ones to the larger than life figures for the first time.

2017-01-17
PaulaK
Previous: Top 6 Things You Must Do at Disney Springs
Next: 6 Reasons Why We Love Going Back to Magic Kingdom