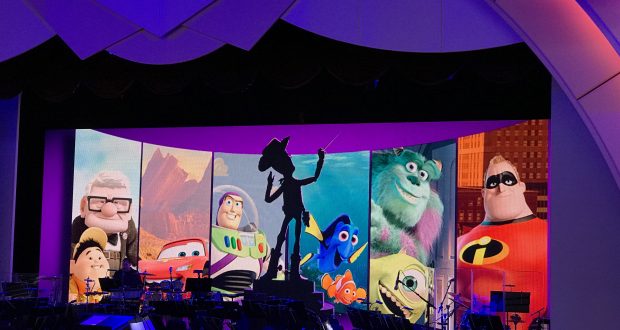 Now that Memorial Day is over, summer has unofficially started. This is always a great time to visit Walt Disney World. Kids are out of school, parents have vacation time that they need to use, and the long days mean the parks are open for longer hours. Remember that it gets extremely hot and humid in Florida at this time of year. There is also a chance of rain most afternoons, but the storms usually pass quickly. There is a lot going on at Walt Disney World right now, so here are ten reasons why you need to drop everything and head to Central Florida immediately.

If you’ve been to the Magic Kingdom recently, you’ve probably seen the cabins under construction at the water’s edge. Those cabins are just about ready. The newest Disney Vacation Club property is known as Copper Creek Cabins & Villas at Disney’s Wilderness Lodge. While the villas are gorgeous, it’s the cabins that everyone will be talking about. There are 26 total, and they sleep up to eight people. Copper Creek officially opens on July 17, 2017.

Looking for great food and hard to find princes? If so, you will want to make a reservation for the Bon Voyage Adventure Breakfast. Held at Trattoria al Forno at Disney’s BoardWalk, you can meet Ariel and Prince Eric from The Little Mermaid, and Rapunzel and Flynn Rider from Tangled. You’ll dine on creative choices such as Tangled Eggs or Swimmers Delight. As a newer character meal, Bon Voyage Adventure Breakfast is not all that well known, so you might be able to get a last minute reservation.

The next edition of the Cars franchise is scheduled to be released on June 16, 2017. If you would like to see a preview, you need to head to Disney’s Hollywood Studios right away. Disney•Pixar’s “Cars 3” Sneak Peek is running daily in the Walt Disney: One Man’s Dream Theater. If you want to see the preview, you’d better hurry. June 25 will be the last day.

7. Guardians of the Galaxy Meet and Greet

This is something that you won’t find on the My Disney Experience App or in your Times Guide, you just need to know where to look. Also located inside Walt Disney: One Man’s Dream is a special meet and greet, featuring Guardians of the Galaxy Vol. 2. You can meet and take pictures with Star-Lord and Baby Groot. In the Orlando area Marvel has a deal with nearby Universal Orlando Resort, so when Disney adds something Marvel related they are limited on how much information they can release. There is no word on how long this meet and greet will be around, especially since Disney can’t talk about it.

Many seafood fans complained when Fulton’s Crab House closed permanently and without much notice at Disney Springs. Its replacement is now open. Paddlefish is a more modern seafood restaurant, but you’ll still enjoy the experience. You can still order Crab Cakes and Lobster Corn Dogs. The new menu features fresh seafood, steak, and more. Paddlefish is still a charming place to dine, with good food and a relaxing atmosphere.

A secret projection show recently debuted at Disney’s Hollywood Studios. The show was such a surprise that many Cast Members did not know about it. Called Disney Movie Magic, it features scenes from films such as Mary Poppins, Tron, and Raiders of the Lost Ark. Clips of Walt Disney himself are also featured. Since there is footage from Guardians of the Galaxy, you won’t find this in your Times Guide because of the Marvel deal with Universal Orlando Resort. Disney Movie Magic runs half an hour before Star Wars: A Galactic Spectacular, and lasts approximately ten minutes.

Back for another summer of cool fun is the Frozen Games. They take place at Disney’s Blizzard Beach Water Park. You’ll pick Team Olaf or Team Kristoff, and play games such as Ski Pole Limbo and Snowball Toss. There are meet and greets as well, and the fun is included with water park admission. Frozen Games at Blizzard Beach takes place daily through August 13, 2017.

3. The Music of Pixar Live!

A new show is running three times daily at Disney’s Hollywood Studios. The Music of Pixar Live! takes place in the Theater of the Stars, a space that it will share for the summer with Beauty and the Beast – Live on Stage. A live orchestra plays while scenes from some of the more popular Pixar movies play on the screen behind them. Characters from the films will join in on the fun from time to time. FastPass+ is not an option, but dining packages are available if you want to guarantee your seat. Currently The Music of Pixar Live! is scheduled only through August 27.

While thousands of people across the planet were sad to learn of the end of Wishes Nighttime Spectacular at the Magic Kingdom, its replacement is pretty special. Cinderella Castle turns into the screen, and the fireworks make it even more beautiful. There is a brand new musical score, and you’ll see scenes from well over a dozen movies. Tinkerbell fans, don’t worry, she still makes her nightly flight, and even that is more impressive than ever. While Wishes will be missed, Happily Ever After can help to fill the void.

1. Pandora – The World of Avatar

Pandora – The World of Avatar is finally open at Disney’s Animal Kingdom, and it far exceeds expectations. Chances are you’ve heard a fair amount about the new land. There are two new rides, a delicious place to dine, an incredible new store, and more. In order to experience it for yourself, plan your Walt Disney World vacation immediately, and stay on property. There will be special Extra Magic Hours for Pandora each night, but those only run until July 4th. Make your reservations now, because Pandora – The World of Avatar needs to be experienced at night.