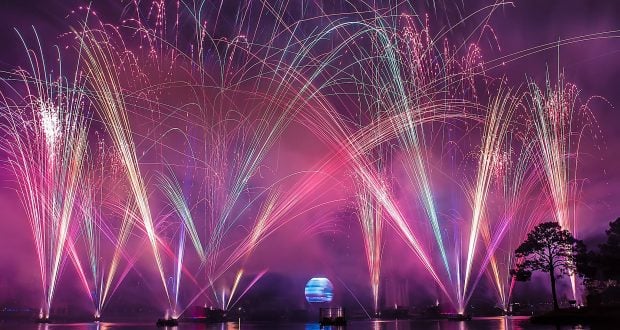 Can you think of a time when Walt Disney World was more exciting? We have delicious restaurants, limited time attractions coming to an end, and a brand new galaxy! Hurricane Dorian is gone, and the fall weather has to arrive one of these days, doesn’t it? Here are ten reasons why you need to stop thinking about an impromptu vacation to Walt Disney World, and actually book a last minute flight.

In an effort to allow everyone to visit Star Wars: Galaxy’s Edge, guests who are staying at a Walt Disney World Resort Hotel can take advantage of “Extra” Extra Magic Hours. Each morning Disney’s Hollywood Studios opens at 6:00, that’s three hours before it opens to the general public! The Magic Kingdom and Disney’s Animal Kingdom both open at 7:00, giving on site guests an hour. (Epcot is not participating.) You’ll be surprised by how much you can get done in that time! You’d better hurry, “Extra” Extra Magic Hours run daily until November 2. After that, it goes back to plain old Extra Magic Hours.

Want to feel as if you are staying at a Deluxe Resort, while paying the price of a moderate? Gran Destino Tower is now open at Disney’s Coronado Springs Resort, and it is remarkable! The rooms are large, comfortable, and have all of the modern conveniences. There is some great dining, including Toledo – Tapas, Steak & Seafood. The table service restaurant has the feel of a signature experience, but only costs one table service credit on the Disney Dining Plan. Possibly the best thing about Gran Destino Tower is the view. You can see all four theme parks, depending on where you are. Even if you aren’t staying there, consider stopping by Dahlia Lounge for a drink. You can still enjoy the view, and if you time it right you can see the fireworks from Disney’s Hollywood Studios in the distance.

8) The Incredibles at Pixar Place

Pixar Place is the area of Disney’s Hollywood Studios that used to have the entrance to Toy Story Mania!. When the ride’s entrance moved to Toy Story Land, Pixar Place was blocked off. It opened again in January with an Incredibles theme. You can take part in a dance party with characters, meet Edna Mode, and more. The Incredibles at Pixar Place is a fun place to stop, but you don’t have much time. It will be there only through September 30.

If you’re looking for a place with no worries, the Hakuna Matata Time Dance Party might be just what you’re hoping to find! You can dance, play games, and have a ball. Characters such as Timon and Rafiki could be on hand. It takes place daily from 11:30 until 5:30. The only thing to worry about with the Hakuna Matata Time Dance Party is the end date, it also ends on September 30.

6) Circle of Flavors: Harambe at Night

If you’re at Disney’s Animal Kingdom on a Wednesday and you aren’t sure what to do after the Hakuna Matata Time Dance Party ends, buy a ticket for Circle of Flavors: Harambe at Night. You will start at the train station, head to Rafiki’s Planet Watch, and end up in Harambe Market. Along the way you’ll meet Timon, “see” the lions up close on a virtual safari, and enjoy plenty of live entertainment. There is also food; lots and lots of food. The food and your beverages (including alcohol for those of age) are included in the price. Tickets for Circle of Flavors: Harambe at Night are extremely limited. It takes place on Wednesday evenings, but only through October 23.

Mickey and Minnie Mouse celebrated their 90th birthday on November 18 of last year. That doesn’t mean that the party is over! You can still meet Mickey and Minnie in their birthday outfits. They greet guests together at Town Square Theater, but only until September 30. Pluto the Wonder Pup is currently greeting guests at Pete’s Silly Side Show in the back of the park. If Minnie returns to her spot there on October 1, it is safe to assume that Pluto’s last day will also be September 30.

The Epcot International Food & Wine Festival is already in full swing, and this year it is the largest festival yet! There are Global Marketplaces, celebrity chefs, tastings, merchandise, and all of the other things that make this festival so special. The Eat to the Beat Concert Series features new acts such as Lauren Daigle and Joey Fatone and Friends. Returning favorites include Tiffany, Mark Wills, Taylor Dayne, and Boyz II Men. The festival is included with park admission, although some experiences cost extra. The Epcot International Food & Wine Festival runs through November 23, although the last concert will be held on November 19 so that they can get the theater ready for the Candlelight Processional.

A Halloween tradition has returned to the Magic Kingdom this year, but there are a couple of changes. There is a new fireworks show for 2019. Called Disney’s Not-So-Spooky Spectacular, it will take you trick or treating with Mickey and Minnie, with plenty of surprises along the way. There are some new treats in Mickey’s Boo to You Halloween Parade. Your other favorites have returned, including Hocus Pocus Villains Spelltacular, and the Cadaver Dans. You can also meet some party-only characters, and trick or treat to your heart’s delight. Add Cruella’s Halloween Hide-A-Way to your ticket, and enjoy plenty of hors d’oeuvres, desserts, and even beer and wine. You might also meet Cruella herself. Mickey’s Not-So-Scary Halloween Party is a special ticketed event, and it runs on select nights through November 1.

“Star Wars Land” was announced at the D23 Expo four years ago, and it is finally open! The land is huge, and every inch puts you into the Star Wars universe. You can take the controls of the Millennium Falcon, drink blue or green milk, make a droid to take home, or custom build a lightsaber in a secret ceremony. Stormtroopers roam the area, and you might see some other familiar faces. If you’re worried about crowds, don’t be. Disney has a virtual queue in place in case Black Spire Outpost nears capacity. You do not need to be a Star Wars fan in order to enjoy Galaxy’s Edge. It might have been number one on this list if the second ride, Star Wars: Rise of the Resistance, was already open. That is coming on December 5.

Sadly, a classic show is about to come to an end. After 20 years IllumiNations: Reflections of Earth will run for the final time on September 30. You will be able to remember the show for years to come, because there is plenty of good bye merchandise for sale. If you are worried that you will not get a good view, book the IllumiNations Dining Package. You will then be able to enjoy one of the coveted spots at the Rose & Crown Dining Room. A temporary new show, Epcot Forever, will start on October 1. If you plan your trip correctly, you will be able to see both.