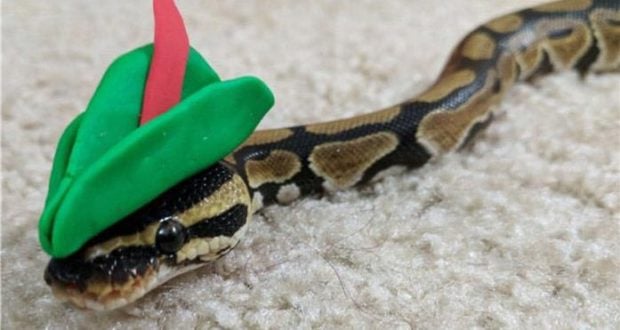 These Hats on Snakes Remind Us of Disney Characters!

Well, ladies and gents… hats on snakes are going viral! Even though we prefer not to run into a snake personally, we know there are many people that absolutely love their pet snake! And now… they are putting hats on them! Hats on snakes is going viral, and some of the hats hilariously remind us of Disney characters.

The snake photos are going viral on Facebook via @artbyalandala: “Turns Out, Hats On Snakes Are A Thing! Credit Snakes with Hats group on fb”. There are several photos but we’ve pulled the ones that remind us of Disney characters and matched them up in the character photos below!

First up, this one is probably the best match! Do you see it?! It’s Sir Hiss from Disney’s Robin Hood!

Not far behind Sir Hiss, and of course you’ll find Prince John from Disney’s Robin Hood.

This little guy adorable with his Baby Yoda (aka The Child, aka Grogu) snake hat!

Next up, a snake friend that would surely fit right in at Agrabah with Aladdin!

And last but not least, Peter Pan in snake form!

Who knew hats on snakes would be a thing?! But here we are! And of course, we can’t help but see Disney everywhere we look. Do you have a snake? If so… sounds like it’s time to do a little hat shopping! 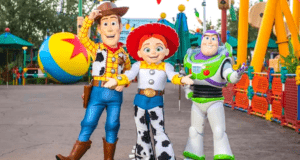