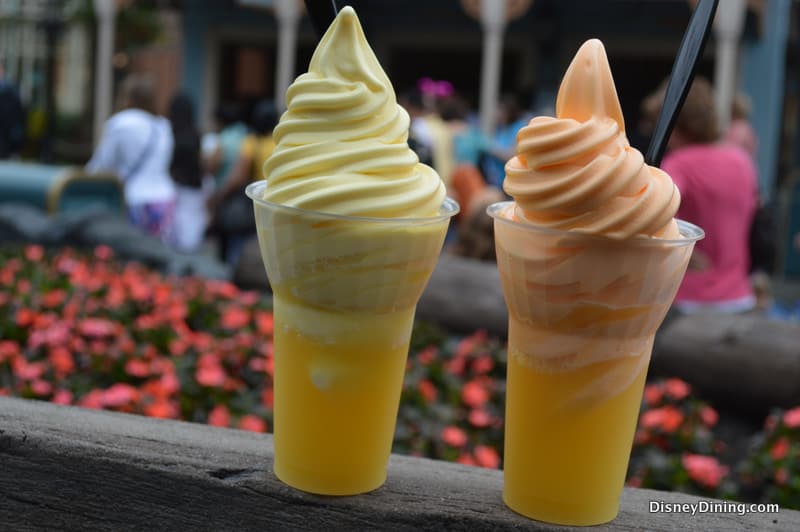 The Disney Dining Blog: A First Taste of Dole Whip

The Disney Dining Blog: A First Taste of Dole Whip

The Magic Kingdom is not my favorite place in the summer. It is hot, crowded, and it takes too long to get there. I prefer to visit the other parks during the summer and wait until the crowds die down in September to ride Space Mountain.

We have a family friend who is one of the performers who plays Wowzer at the entrance to Storybook Circus. (If you haven’t seen the show, you should, it’s a lot of fun.) Recently my daughter and I decided to brave the crowds to see him perform, even though it meant going to the Magic Kingdom on a hot summer day. After we saw our friend we decided to head out, the park was too crowded and the lines were long. Since it was a hot day we figured that maybe we should cool off by ordering Dole Whip.

I have been a Disney fan for years but I had never tried Dole Whip before. I’m not even sure why because I know that it is a special part of many vacations. It was always one of those things that we said we would try someday, but we just never stopped to place an order.

Because it was so hot I was expecting Aloha Isle to be packed, but we were able to walk right up to the window. We decided that we would each order a float. I picked pineapple because I thought that it would somehow give me the full “Dole Whip Experience”. My daughter isn’t a huge pineapple fan so she decided to try the orange version instead.

Dole Whip tasted exactly how I expected it to. It had a nice pineapple flavor. It was a little sweeter than I usually like but that made it refreshing. I took a taste of my daughter’s orange version, that was quite good as well, although I do think that I preferred the pineapple. Dole Whip really hit the spot on a hot day.

If you want to try your first Dole Whip you’ll need to head to Aloha Isle. That is the only sure place in the parks where you can buy it. (During the 2013 Flower & Garden Festival it was also available at Epcot, mixed with rum if so desired, but it is not a regular item there.) Although it won’t become a part of our routine each time we visit the Magic Kingdom, I am sure that I will get Dole Whip again.