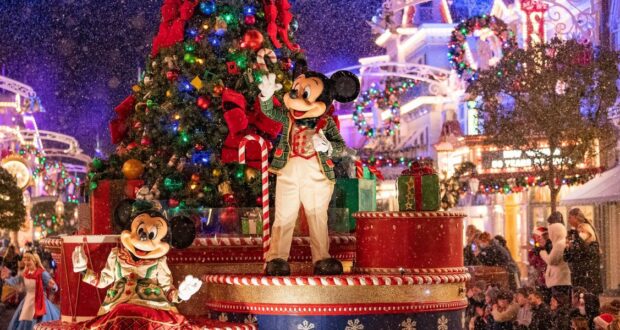 The Magic Kingdom is home to some of the most memorable experiences that Guests can enjoy at the Walt Disney World Resort, including beloved attractions like the Haunted Mansion, Peter Pan’s Flight, “it’s a small world,” and Big Thunder Mountain Railroad in addition to amazing live entertainment.

The Disney Park is currently the only one at the Walt Disney World Resort that is home to official parades, with the Disney Festival of Fantasy Parade running each afternoon and seasonal favorites like Mickey’s Boo to You Parade during Mickey’s Not So Scary Halloween Party and Mickey’s Once Upon a Christmas Time Parade during Mickey’s Very Merry Christmas Party (RIP SpectroMagic and Main Street Electrical Parade!). 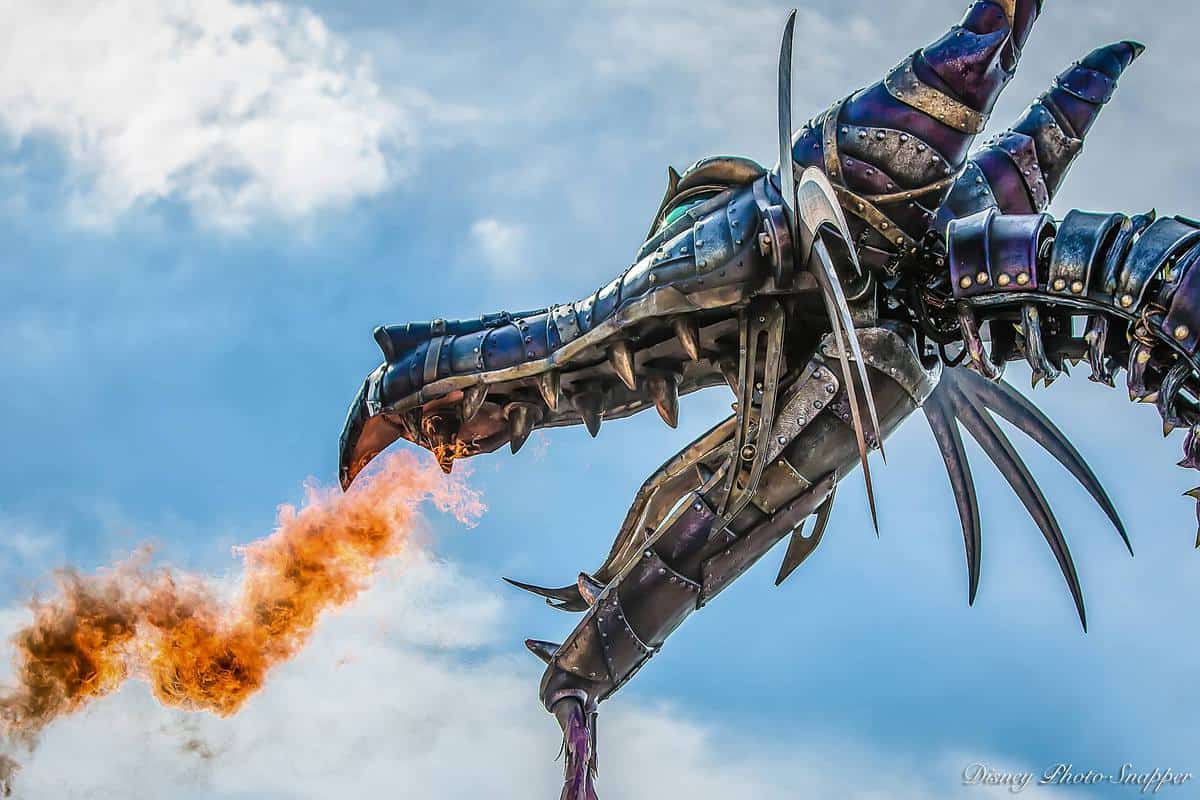 These parades are all amazing productions that combine floats, favorite music, Disney characters like Mickey and friends and Disney Princesses, performers, dancers, and more and run from Frontierland by Splash Mountain through Liberty Square and down Main Street, U.S.A. ending next to the Main Street Firehouse.

Despite such lengthy parade routes, each parade fills up quickly with tons of Guests wanting to enjoy the show, making it difficult to find a prime viewing spot. That being said, getting a spot early is key to having the best view, and these are some of the best and most unique viewing spots for Guests to enjoy in the Magic Kingdom! 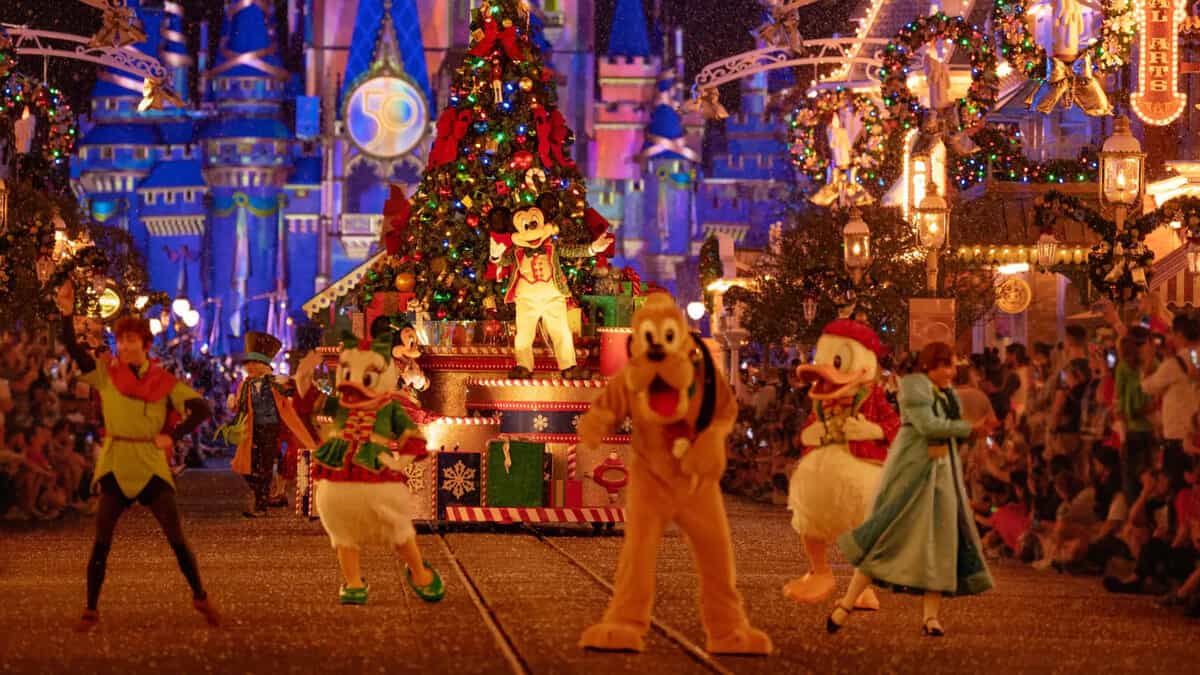 Town Square Near the Flagpole

Since the Disney Festival of Fantasy Parade and other parades head down Main Street, U.S.A., away from Cinderella Castle and towards the front of the Magic Kingdom, one of the most coveted views is in the center of Town Square just steps away from the large flagpole that towers over the area.

This curb is centered on Main Street, U.S.A., and looks straight down towards Cinderella Castle, offering Guests a total view of each parade as it approaches. Since this spot is so perfectly framed with the castle in the background and charming buildings on each side, it is a favorite of photographers who tend to get there very early for the view! Another incredible place to view the parades in the Magic Kingdom is also located on Main Street, U.S.A., just higher up. The Walt Disney World Railroad Station can be found up a flight of stairs on a second level and features a large outdoor balcony that offers picturesque views down Main Street, U.S.A.

Guests who scope out these coveted spots early (and we mean early) have a centered, bird’s eye view of each parade making its way down Main Street, U.S.A., with Cinderella Castle in the background before looping around Town Square and ending. 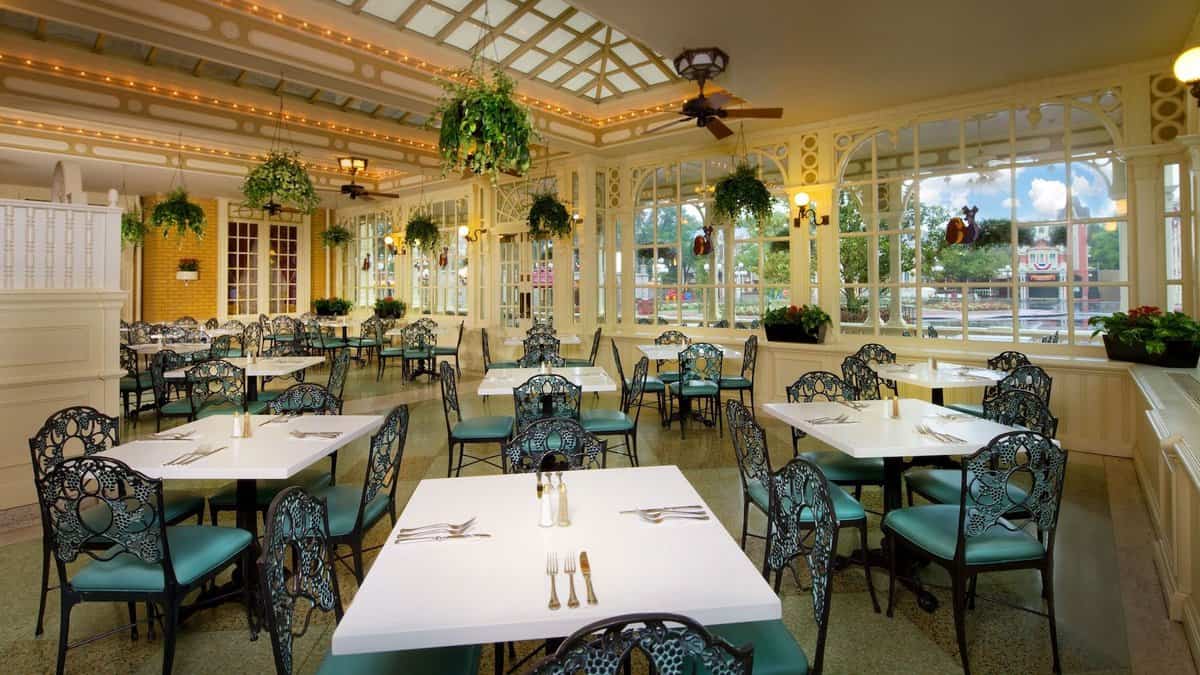 A unique parade viewing spot that many Guests might not think of in the Magic Kingdom is actually part of a table service restaurant. Tony’s Town Square Restaurant can be found just inside of the main entrance of the Disney Park in Town Square and is based upon the famous location from the Disney animated film Lady and the Tramp. As each parade in the Magic Kingdom makes its way towards Main Street, U.S.A. it has to pass over a small bridge near Sleepy Hollow that connects Liberty Square with the hub in front of Cinderella Castle. Before each parade begins, one side of the bridge is typically roped off with special seating set up for Guests to enjoy.

While these seats typically are reserved for those with disabilities, any spot nearby on either side can also offer up an amazing view as the floats and entertainers round the corner to emerge onto Main Street, U.S.A. 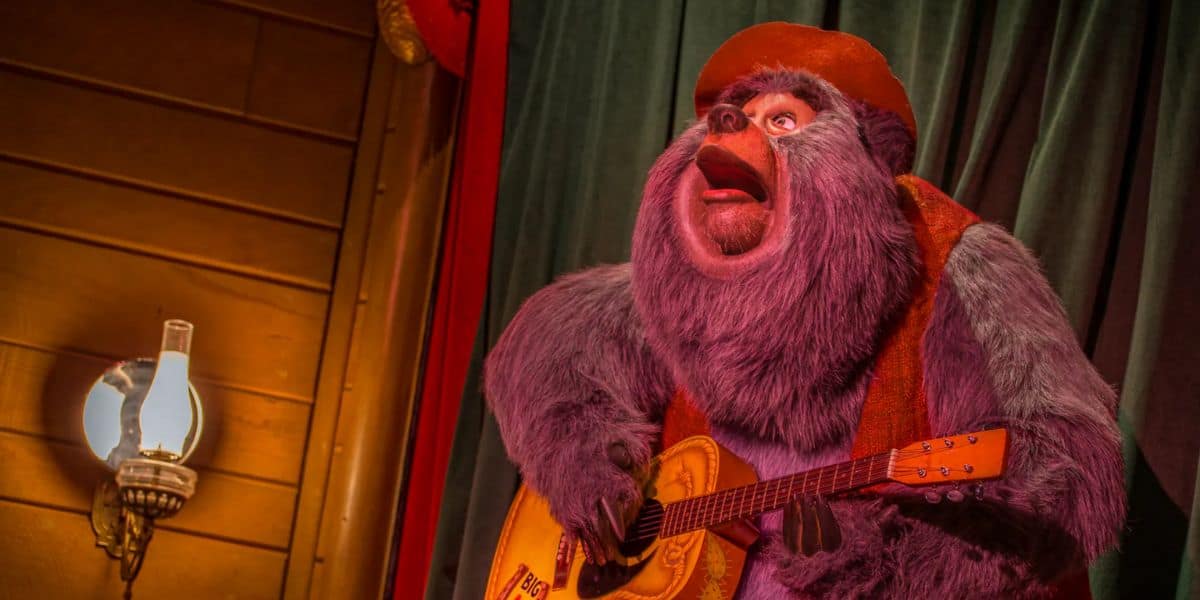 In Front of Country Bear Jamboree

The long winding pathway through Frontierland along the Rivers of America is filled with plenty of locations where Guests can grab a spot to watch any of the Magic Kingdom parades. While there are plenty of options to choose from, a wonderful perspective can be enjoyed in front of the Country Bear Jamboree.

Just outside of the entrance of this wonderful show is a platform walkway that is slightly raised up and extends all the way to the parade area that is roped off. Guests who scope out a spot in this area early can sit on the edge of the platform comfortably and have an up-close view of each parade as they make their way through Frontierland. 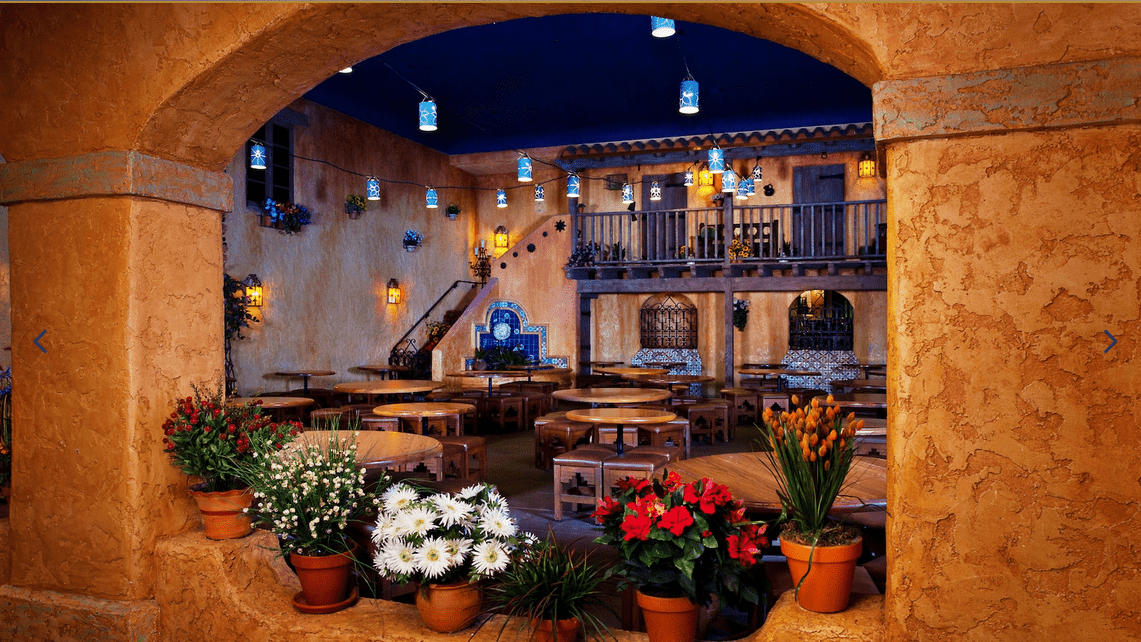 The final spot to view the Disney Festival of Fantasy Parade or any parade in the Magic Kingdom is one that is generally not known to many Guests and thus provides a really unique and fun time. Pecos Bill Tall Tale Inn and Café is a large quick-service location in Frontierland that serves up Southwestern fare for lunch and dinner each day.

While many Guests love to enjoy a meal at the restaurant, most don’t realize that there is actually a small upstairs that has additional seating which looks out over the pathway winding along the Rivers of America. Guests who time it right can enjoy a delicious meal from the second level of Pecos Bill Tall Tale Inn and Café while gazing down at the parade below!

2022-11-10
Caitlin Kane
Previous: If You Bought a Stuffed Woody, Mirabel or Mickey Mouse in 2022, You’re Part of the Problem
Next: Reopening Date Revealed for Iconic EPCOT Attraction