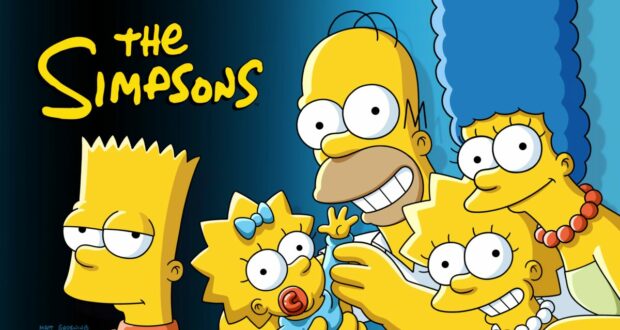 The Simpsons has a habit of poking the bear, so to speak.  No one is immune: governments, celebrities, and religions have all felt the sting of the cartoons’ mockery. Disney is no exception. Admittedly,  it was worse before The House of Mouse owned the Simpsons, but Fox’s new ownership hasn’t earned them any slack either.

One time in particular, though, the cartoon fired shots not just at the company but on a man so beloved he’s almost mythological- Walt Disney himself.

Walt wasn’t perfect, though, and the show honed in on one of its darker incidents: the falling out between Walt Disney and Ub Iwerks falling out over Mickey Mouse. In true Simpsons fashion, the incident was greatly exaggerated, but eagle-eyed Disney fans saw the inspiration. 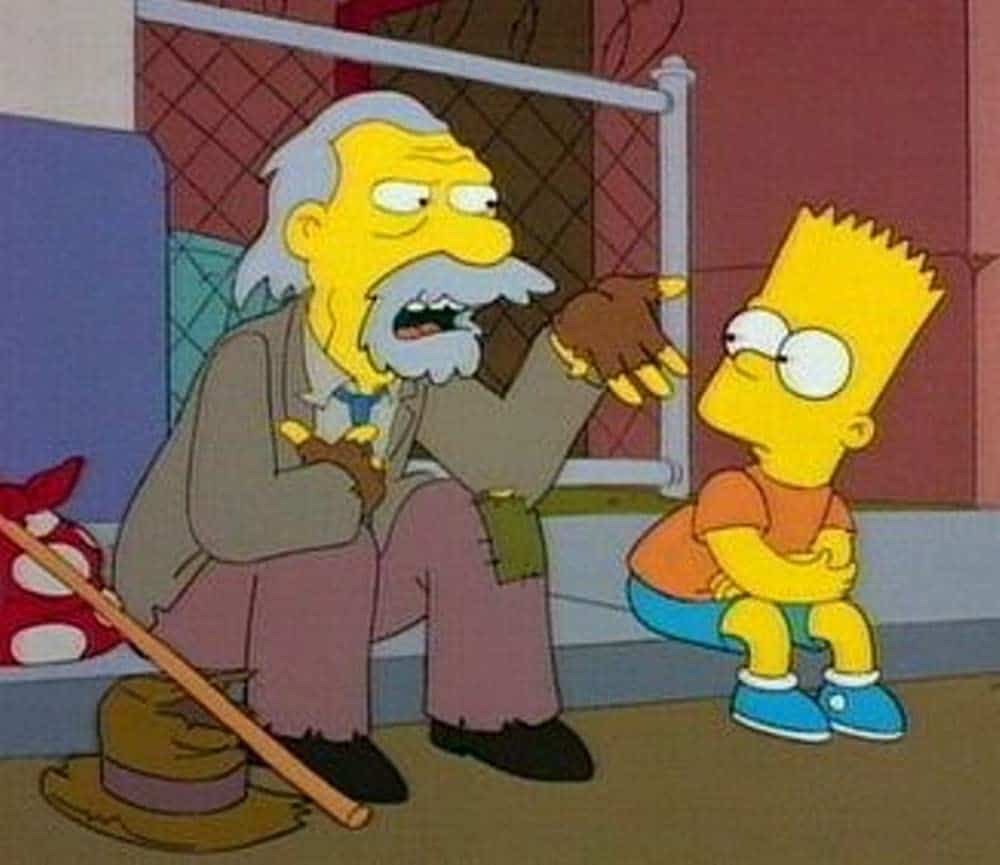 In Season 7, episode 8, “The Day The Violence Died,” Bart Simpson met and befriended Chester J. Lampwick. Bart eventually discovered that Chester was the creator of Itchy from The Itchy & Scratchy Show. The duo goes to court and battles Roger Meyers Sr, who had already been used as a satirical representation of Walt Disney in the past. Myers has claimed credit for Itchy & Scratchy despite being created by Lampwick. 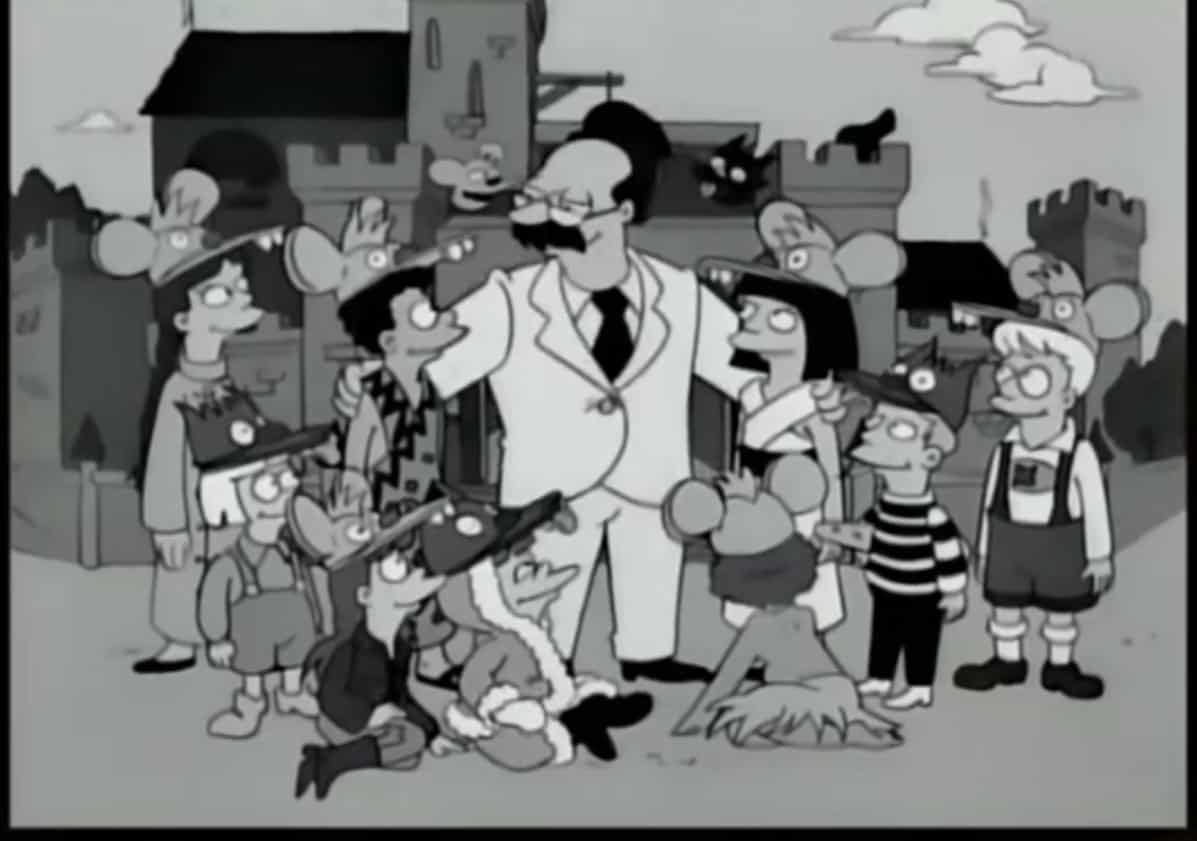 This, of course, references the real-life creation of Mickey Mouse. After Oswald the Lucky Rabbit was hijacked by Universal,  Disney set out to create new characters. Characters that he alone would own. This was when everyone’s favorite mouse was created. Walt called upon old friend Ub Iwerks to help refine the character, and the duo quickly began producing animated shorts. Iwerks was the main (and sometimes only) animator working on these early cartoons. In truth, there’s more Iwerks than Disney in Steamboat Willie.  Over time Iwerks became increasingly frustrated that Walt was taking all of the credit while his hefty contributions were ignored. He left the company to found his own. The pair were never entangled in a legal battle, but it was sometimes acrimonious. 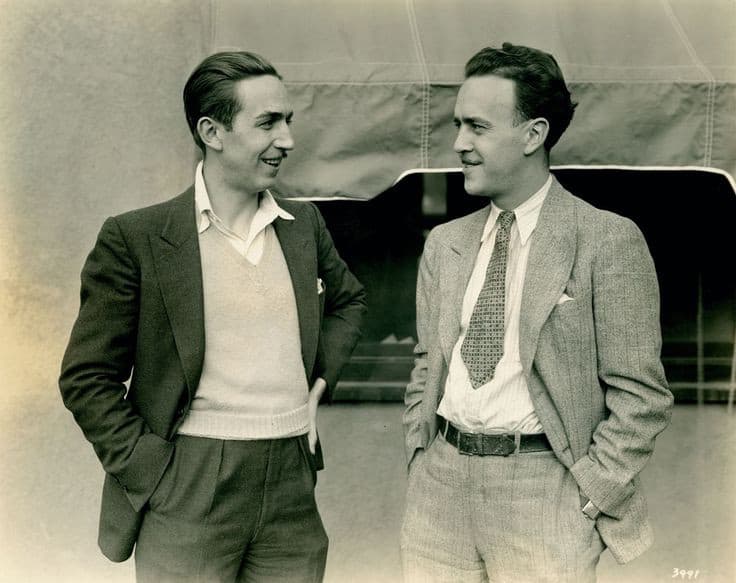 Unlike the Simpsons version, however, this story has a Disney-perfect happy ending. Ub Iwerks eventually returned to Disney Studios and, this time received the recognition he deserved. In fact, he was one of Disney’s very first Imagineers and was vital in the development of many classic Disneyland attractions.

Disney has been accused of outright stealing Mickey Mouse in the past, though we know today that’s not entirely true. The original idea and design were Walt’s brainchild, but without Ub Iwerks, Mickey may have been just another forgotten rough draft.