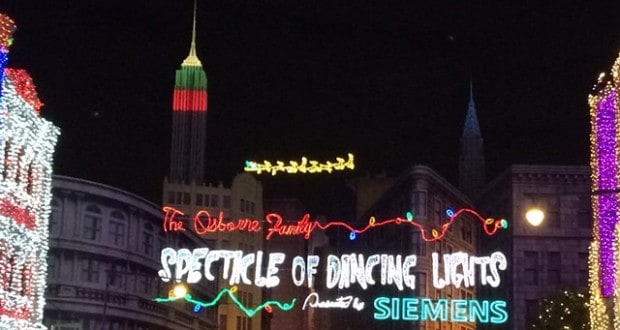 Disney’s Hollywood Studios is changing. The park has closed some attractions, the iconic Sorcerer Hat is gone, and Walt Disney Company CEO Bob Iger slipped that the name will change sometime in the future. Rumors abound about new lands coming as well. Most of those rumors center around Star Wars and Pixar, but no official plans have yet been announced. Just because things are changing does not mean that you should stay away. Disney’s Hollywood Studios still has a lot to do. Here are ten reasons why your whole family will love it.

If your kids are tall enough, they will most likely want to experience two of the most popular thrill rides at Walt Disney World. Rock ‘n’ Roller Coaster takes riders from zero to 60 in less than three seconds. It’s a dark roller coaster that is set to the music of Aerosmith, and unlike most Disney coasters, it will take you upside down. The Twilight Zone Tower of Terror is the ultimate drop ride. You’ll fall 13 stories faster than the speed of gravity. The ride sequence is random, meaning that you won’t know what comes next. Sometimes you’ll go back to the top and drop again, others you’ll be heading back down before you realize what happened. Ask a cast member at the entrance to either ride about Rider Switch if your little ones don’t meet the height requirement.

While Disney’s Hollywood Studios may have two of the best thrill rides, the preschool set has not been forgotten. The littlest ones in your party will want to head to Disney Junior – Live on Stage. Classic Disney characters are joined by newer Disney Junior stars, all to celebrate Minnie’s birthday. It’s a lively show that the kids can sing and dance along to. There is also a character dining experience at DHS that was created with your preschoolers in mind. Hollywood & Vine features some of the most popular Disney Junior characters. The characters are present at both breakfast and lunch. The meal is an all you can eat buffet, so the older members of your family will enjoy it as well.

Who doesn’t love Christmas lights? You and your family will be able to see millions of them each year at Disney’s Hollywood Studios. The Osborne Family Spectacle of Dancing Lights starts in mid-November and runs through early January. Every few minutes music will play and the lights will “dance” along. Even if you’ve seen dancing lights elsewhere you will want to experience this. It’s a holiday classic that gets better every year.

Everyone in your family will love the characters that are found at Disney’s Hollywood Studios. You’ll meet Woody and Buzz, Mike and Sully, Phineas and Ferb, and others. The park also has a bit of a hidden gem for characters. At The Magic of Disney Animation you can meet Sorcerer Mickey in air conditioned comfort. The other characters present there change from time to time. Many people ignore the building, but it’s worth a stop. The Magic of Disney Animation is also where you can learn to draw a classic character and watch a film about animation. You and your family need to check it out.

One of the most fun aspects of Disney’s Hollywood Studios is that you can actually become part of your favorite movies. On The Great Movie Ride you will ride through scenes from classics, and you’ll experience some live excitement as well. Voyage of the Little Mermaid is a live show that brings you inside of Ariel’s world. You can enter other animated worlds with the shows Beauty and the Beast-Live on Stage and For the First Time in Forever: A Frozen Sing-Along Celebration. Those who have dreamed of visiting a galaxy far, far away will want to ride Star Tours – the Adventures Continue more than once. There are six different worlds to visit (two each ride) and plenty of characters looking for help. There are over 50 possible ride combinations. Darth Vader may even realize that you’re a rebel spy.

If your family can’t let go of Frozen then they will love Disney’s Hollywood Studios. You can relive your favorite scenes from the movie in For the First Time in Forever: A Frozen Sing-Along Celebration. There is plenty of Frozen merchandise for sale at DHS. The park is also the home of Frozen Summer Fun. It debuted in 2014, and it was so popular that Disney expanded its run. The event includes a Royal Welcome, a dance party, special food for sale, and more. It all ends with fireworks. Frozen Summer Fun is included in park admission, a premium package is available for an extra fee.

If you don’t think that kids of all ages love Star Wars Weekends, you’ve obviously never been. You don’t even have to be a Star Wars fan to take part in the fun. There are special characters throughout the park. Celebrity guests join in a motorcade, and later in live shows. Guests of all ages can dress up in costume. There are Star Wars themed dining experiences, plenty of special merchandise, and extra showings of Jedi Training Academy. Star Wars Weekends expanded to five weekends in 2014. They start in mid-May and run through early June. They take place Fridays, Saturdays, and Sundays. Most of the fun is included with park admission, but meals, merch, and premium packages cost extra.

Fantasmic! is a show that you need to see to believe. You’ll head inside of Mickey’s dream with the help of water projection screens, live actors, boats, and fireworks. The effects are amazing, and you’ll see plenty of Disney characters. Parts of the show are a bit intense, you might need to reassure young children that Mickey isn’t in any danger. Fantasmic! is the perfect way to end the day, making it quite popular. Seats fill up quickly, so ask a cast member for advice on the best time to head to the theater. You can also reserve a seat with FastPass+, or book the Fantasmic Dining Package.

Some of the most whimsical restaurants that you’ll ever dine in are located at Disney’s Hollywood Studios. At 50’s Prime Time Cafe you’ll dine while watching black and white TV shows from the 50’s. Since your server is a “family member”, don’t be surprised if you’re told to finish your vegetables before dessert. Another unique eatery is Sci-Fi Dine-In Theater Restaurant. You’ll eat in your car “under the stars” at a drive-in theater, while trailers from films such as Plan 9 From Outer Space play on the screen in the front. Toy Story fans will want to try Pizza Planet. It’s taken right out of the movies. If you want something a little bit fancier make a reservation at The Hollywood Brown Derby. It’s a replica of the original Brown Derby, and includes some of its classic dishes. There are other fun and delicious restaurants at Disney’s Hollywood Studios as well.

If you and your family want to be part of the movie making magic, then Disney’s Hollywood Studios is for you. It all starts when you enter the park with Citizens of Hollywood. These improv actors are willing to put on a show at any time, and they want you to be a part of it. There are also two shows that will let you see how movies are made. Lights, Motors, Action! Extreme Stunt Show features high speed car chases and then shows you some behind the scenes secrets that movie makers use in such scenes. Indiana Jones Epic Stunt Spectacular! recreates scenes from Raiders of the Lost Ark and then lets you in on some of their set secrets as well. Indiana Jones Epic Stunt Spectacular! uses audience volunteers, so if you’re interested arrive early and make some noise when the call for volunteers goes out.