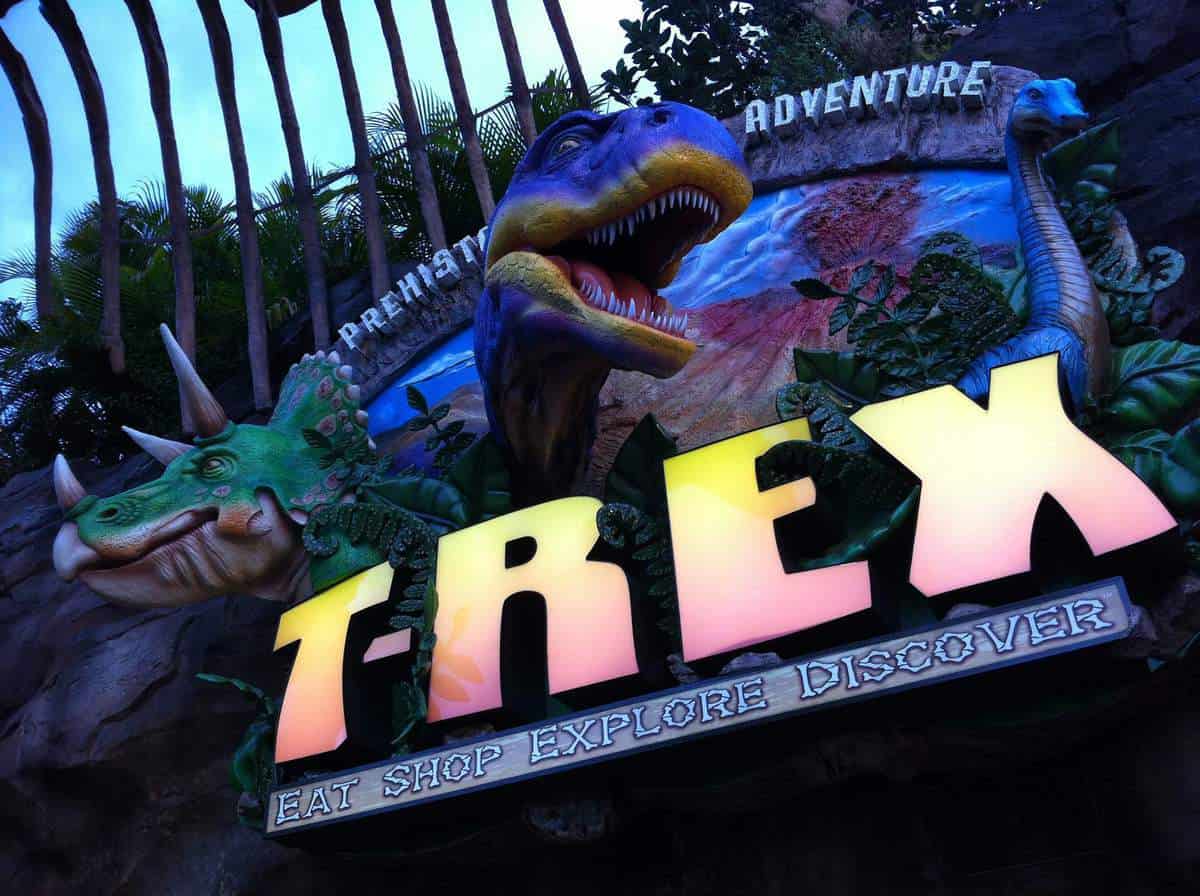 Perhaps dinosaurs aren’t the most fearsome thing at T. Rex Cafe, a prehistoric-themed eatery nestled among the many bustling shops and restaurants of Downtown Disney.  Perhaps the most unnerving aspect is the chaotic system for checking in and obtaining a table.  It is a long and unusually disorganized process consisting mostly of being shuffled from one host to another and from one waiting locale to another until finally you are led to a table and are thankfully out of the way of shoppers, wait staff, hosts and diners coming at you from every direction.

On the way to our table, our host happened to mention it wasn’t crowded the evening we visited to which I expressed surprise, based on the maze we just wound through to get to this point in our dining adventure.  He smiled and commented “We’re not busy, just poorly designed.”

Passing the bar area, we marveled at the ceiling:  colorful amoebas and sea sponges dangle above the tables while a giant squid lurks nearby.  And just as the ocean creatures seemed suspended in an invisible sea, the chaos we had just endured was similarly swept away by the same invisible wave as we ventured further into the cafe.

Seated in the Sequoia room, we had a wonderful table from which we could see many of the unique    features of the T. Rex Cafe:  wooly mammoths, large beetles, dinosaurs galore of all shapes and sizes, the Ice Cave.  Every 15 minutes or so, the rooms come alive as a meteor shower erupts across the planet to the delight of patrons, young and old.  It is met with cheers, wonder and even a few apprehensive looks of dread.  The spectacle of it all and the audio animatronics make it seem less like a restaurant and more like an attraction, with the live action happening all around you.

Our waitress, Natasha, was quite knowledgeable about the restaurant and its offerings and was eager to suggest her favorites.  The menu boasts a varied array of choices, all with creative names to suit the setting:  Triassic Tortellini, Bronto Burgers, Brachiosaurus Bruschetta.

We began with the Artifact Stack, onion rings served in a funnel-shaped cone, ample enough for sharing.  The onion rings were fried in a crispy, nicely seasoned batter and were served with two dipping sauces:  a buttermilk ranch and a BBQ dressing.  The tanginess of the BBQ sauce was the perfect accompaniment to the rings.

I ordered a Guac-asaurus Burger (one of Natasha’s recommendations) and  was very pleased with my choice.  The burger was grilled to perfection – a deliciously prepared, smoky patty nestled beneath homemade guacamole, a battered onion ring, cool lettuce and crispy bacon.  Fresh, flavorful and filling.

My companion ordered the Wooly Mammoth Chicken, a seasoned, grilled chicken breast with mashed potatoes, on a bed of squash, peas, mushrooms and peppers, swimming in a roasted-pepper based broth.  Reminiscent of a sort of chicken cacciatore, while the chicken was moist and tender, the broth was a bit bland and watery.  The vegetables were nicely grilled yet lacked much seasoning and could have used a more seasoned broth to make them slightly tastier.  Not a bad dish but disappointing because of the broth which should have brought out the flavors instead of dulling them.

For dessert, we ended on a very sweet note.  The Meteor Bites are decadent and delicious:  powdered, freshly-baked donut holes in chocolate and  vanilla.  Served with caramel and chocolate sauces for dipping, they are like small beignets:  warm, soft and yummy.  Heaven.  I preferred them without the dipping sauces as these confections could stand on their own.

During the meal, two separate managers stopped by our table to ensure our dining experience was indeed a pleasant one, and Natasha made several trips past us to check that we had everything we needed.  She was quick to clear empty plates or refill beverages.

And of course, as the mark of many Disney attractions, there is a themed gift shop on the way out featuring plush prehistoric mammals and a Build-A-Dino station.

Food:  The food is very good, especially for a restaurant that could easily rely on gimmick and its unique attraction-esque atmosphere to get a passing grade.

Atmosphere:  While the entire restaurant has a fun, family-oriented vibe, the noise level may be a little too intense for some.  It’s not the volume of the prehistoric beasts or the meteor shower that can be rather loud but of the diners themselves.  There are lots of tables, some set rather close to one another, and the cafe can accommodate many people.

Tips:  I recommend sitting in the Ice Cave room, which seems to be one of the best places to enjoy your meal (and the show).  Based on the popularity of this restaurant and the disorganized waiting area out front, if you can choose a less crowded time to dine (before twelve noon or between 3pm – 5pm), you probably could bypass the craziness of checking in. 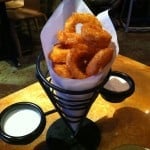 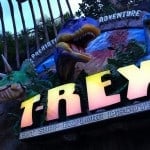 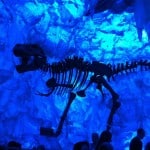 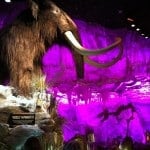 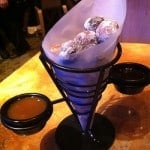 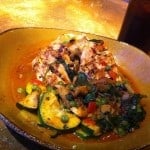