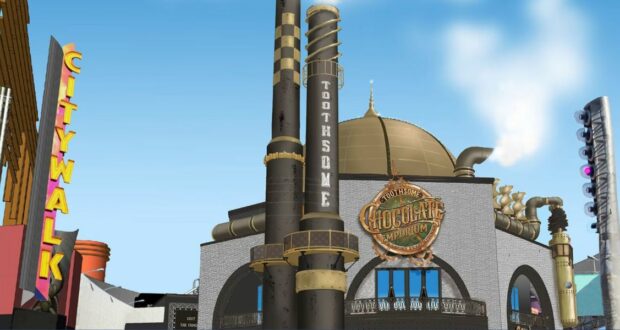 If there’s one thing that people notice first about Universal Studios Hollywood, it’s that it is very small. Since the theme park is built in the middle of a city, there wasn’t much space, but Universal made the most of what they have. In addition to the theme park, there is also a fun CityWalk area that offers a ton of great places to eat, like Margaritaville, Bubba Gump Shrimp, and VooDoo Doughnut — okay, not an actual restaurant, but we couldn’t leave it off the list.

And now, another unique and delicious eatery will officially open in less than two weeks!

Toothsome Chocolate Emporium first opened in CityWalk at the Universal Orlando Resort in 2016 and was an immediate hit. Between the candy that looks more like artwork, the crazy shakes topped with cupcakes, and the absolutely delicious savory offerings, there is nothing not to love about this eatery. The steampunk vibe pairs perfectly with the large portions and the great staff.

Toothsome Chocolate Emporium was so popular that Universal decided to open another one on the West Coast. In January 2020, Universal closed The Hard Rock Cafe on CityWalk and prepped the restaurant for Toothsome to take over. 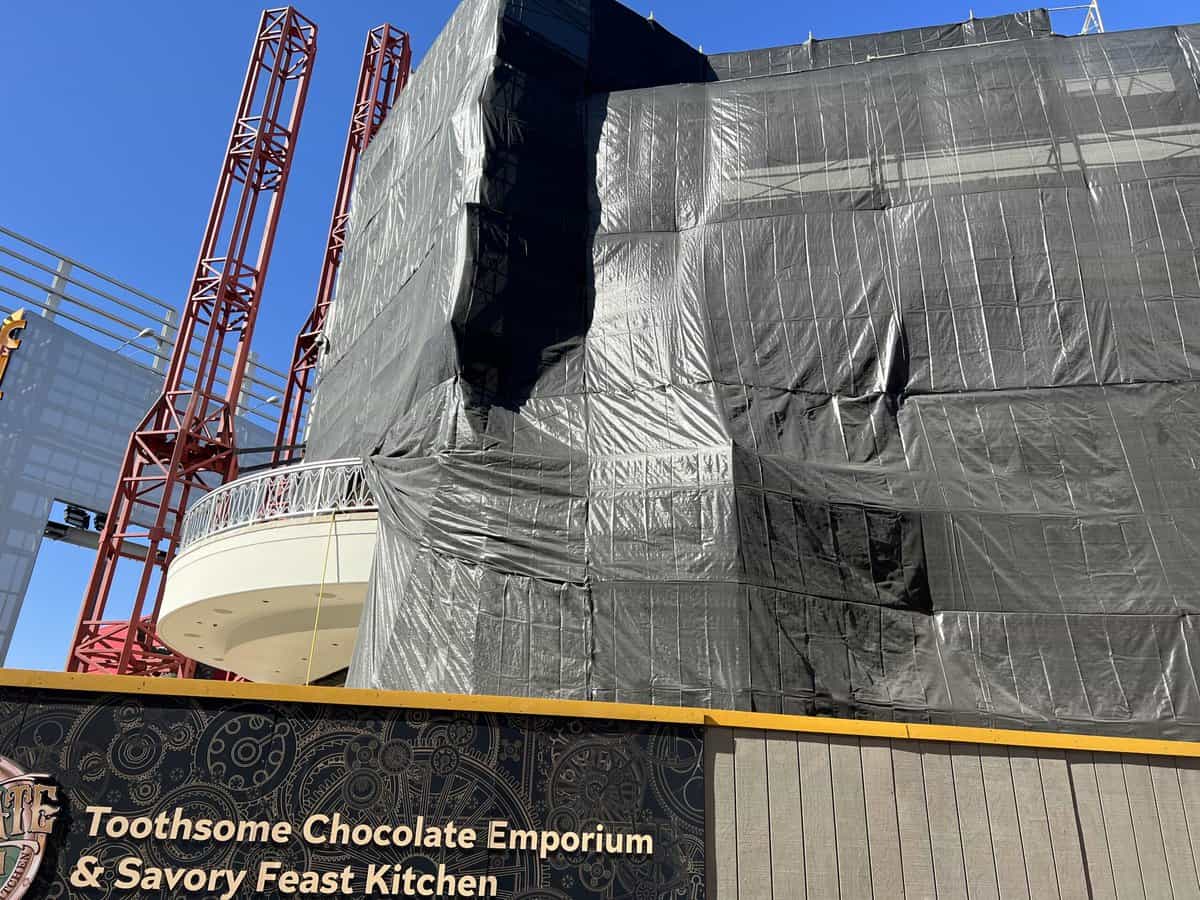 Now, after more than two years, Toothsome Chocolate Emporium is set to open at Universal Studios Hollywood CityWalk on January 27!

While the official opening is scheduled for January 27, it appears that soft openings happened suddenly, and Guests are now able to enjoy all that Toothsome has to offer, minus cocktails. News of the soft opening was shared on Instagram by ThemeParkShark.

I was told that they are serving their main menu (minus cocktails currently) and that they will be closing at 8PM today! This is a tech rehearsal so they can close at any moment between now and grand opening as normal! 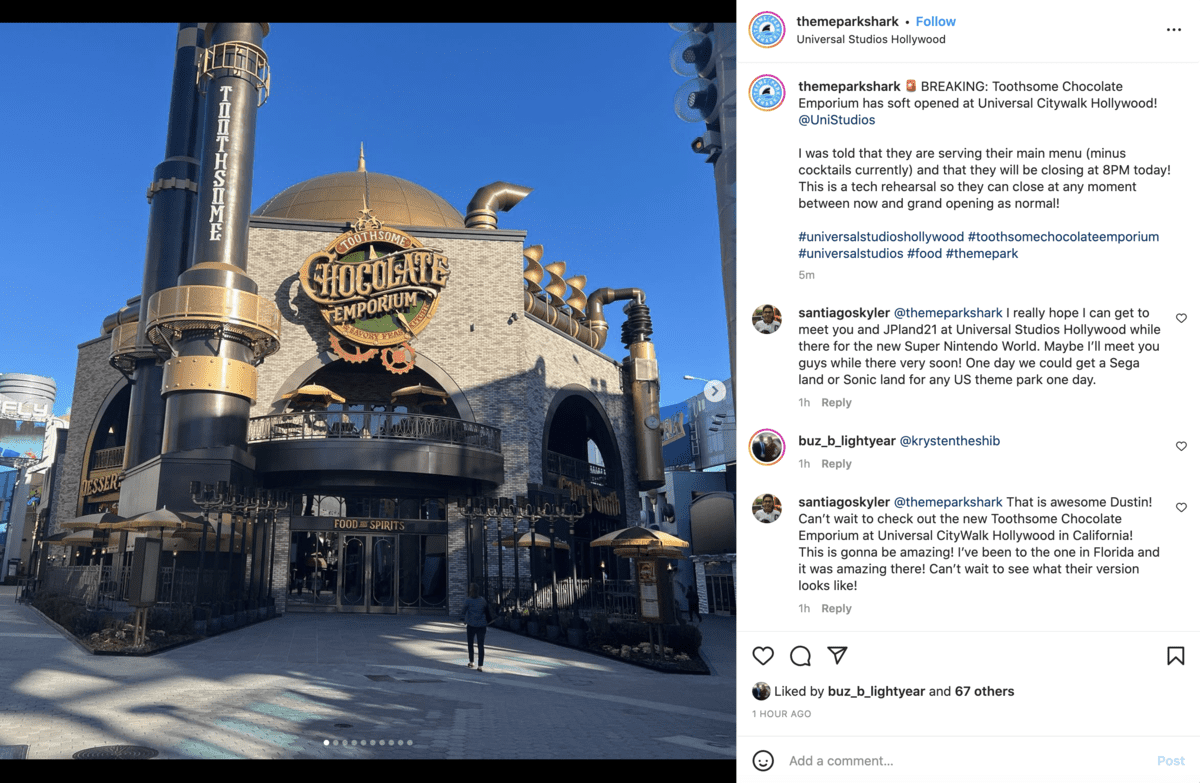 If you want to head down to this new spot to chow down on delectable delights, it is important to remember that there is no guarantee that the restaurant will be open. Since these are technical rehearsals, the restaurant may close without notice and for an unspecified amount of time.

This is just one more exciting opening to add to Universal’s list. Super Nintendo World is also undergoing technical rehearsals at the theme park, so Guests can eat at Toadstool Café, battle Bowser in his castle, and play Power-Up games. It is certainly a great time to visit Universal Studios Hollywood!