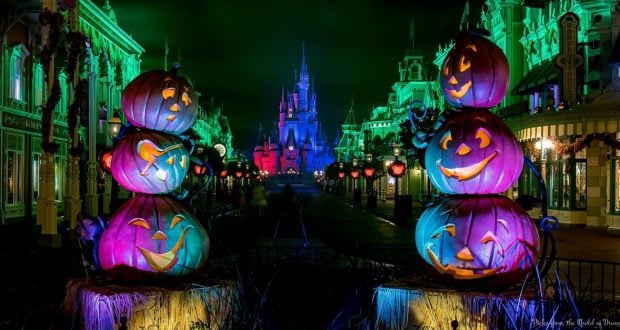 Who’s ready to party into the late hours of the night at Walt Disney World? As you prepare for Walt Disney World’s 50th Anniversary celebration, you’ll want to take note that the old “Extra Magic Hours” perk for Disney Resort Guests has officially been replaced. Coming soon, guests will have a chance to experience the new “Early Theme Park Entry”. This new perk is available to ALL Disney Resort guests and provides a 30-minute early entry to ANY theme park, EVERY day. On top of the Early Theme Park Entry, select Disney Deluxe Resort guests are eligible for “Extended Evening Theme Park Hours“. We’re now seeing October dates revealed for the Extended Evening Theme Park Hours perk!

Unsure if you’re staying at one of the participating resorts? Extended evening theme park hours is a benefit for registered Guests staying at Disney Deluxe Resorts and Disney Deluxe Villa Resorts, which include the 24 resort selections below:

Keep in mind, guests staying at these resorts will still need a valid theme park ticket to gain access to the park, as well as a theme park reservation. If you’re visiting Disney’s Hollywood Studios for example but still want to enjoy staying up until midnight at EPCOT and have a valid park hopper ticket or annual pass, you can hop to EPCOT as long as you entered your first park where you made your reservation earlier in the day. For all the details about Extended Evening Theme Park Hours, visit Disney’s website. Happy planning, Disney fans!

2021-07-31
Jamie Sylvester
Previous: Disney Is Now Requiring That Cast Members Be Vaccinated
Next: Kevin Feige Reportedly Asked Not To Bring Scarlett Johansson Back In Future