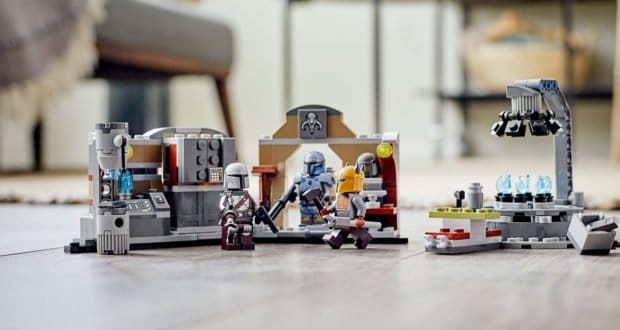 This new set includes 3 new LEGO Minifigures – The Mandalorian, Paz Vizsla and The Armorer – with cool weapons and accessory elements including a special Mandalorian rifle and 2 jetpacks for extra creative play possibilities.

It’s priced at $29.95 and includes 258 LEGO pieces. The new Mandalorian LEGO set is available for pre-order in the U.S. exclusively at Target and LEGO retail stores starting today and arriving September 1st worldwide.