Many Guests who spend time at the Walt Disney World Resort love to enjoy unique and delicious dining options found throughout the Disney Parks, Disney Resorts, and Disney Springs. Disney’s Hollywood Studios, in particular, offers up some immersive restaurants that whisk Guests to the planet Batuu, back in time, and even into the chaotic world of the Muppets. With so many wonderful dining options to enjoy in the Disney Park, sometimes Guests feel like going all out and splurging on an over-the-top meal to be remembered. Let’s take a closer look at the four table service restaurants found in Disney’s Hollywood Studios and check out the most indulgent combinations of drinks, appetizers, entrees, and desserts that Guests can indulge in when looking to splurge in the Disney Park!

*Note: We do not include Hollywood & Vine in this list as that table service restaurant currently serves up a prix fixe menu for a set price per Guest. 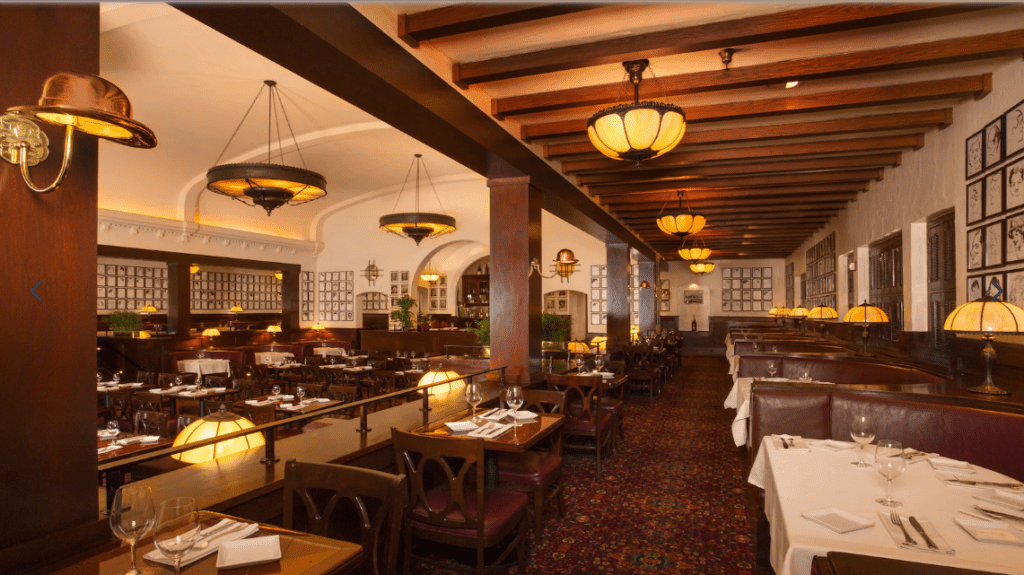 The first table service restaurant that Guests encounter in Disney’s Hollywood Studios is The Hollywood Brown Derby which can be found at the end of Hollywood Boulevard, not far from the entrance to Sunset Boulevard. The Hollywood Brown Derby is open daily for lunch and dinner and invites Guests to enjoy delicious meals of contemporary American cuisine in an upscale and elegant setting. The restaurant’s interior features an art-deco-inspired design with dozens of caricatures of Hollywood’s elite on the walls, making it feel miles away from the hustle and bustle of the Disney Park. 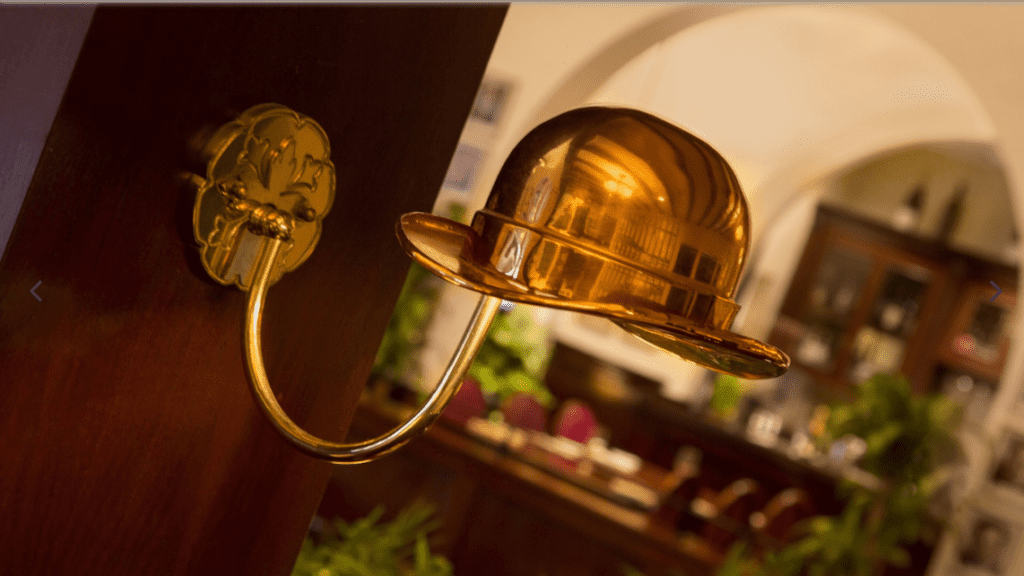 The Hollywood Brown Derby is home to one of the most expensive alcoholic beverages at the Walt Disney World Resort, which is the most indulgent sip available. Guests looking to truly splurge can enjoy the Louis XIII de Remy Martin, a one-ounce pour of French Cognac that is rich in flavor and completely unforgettable. 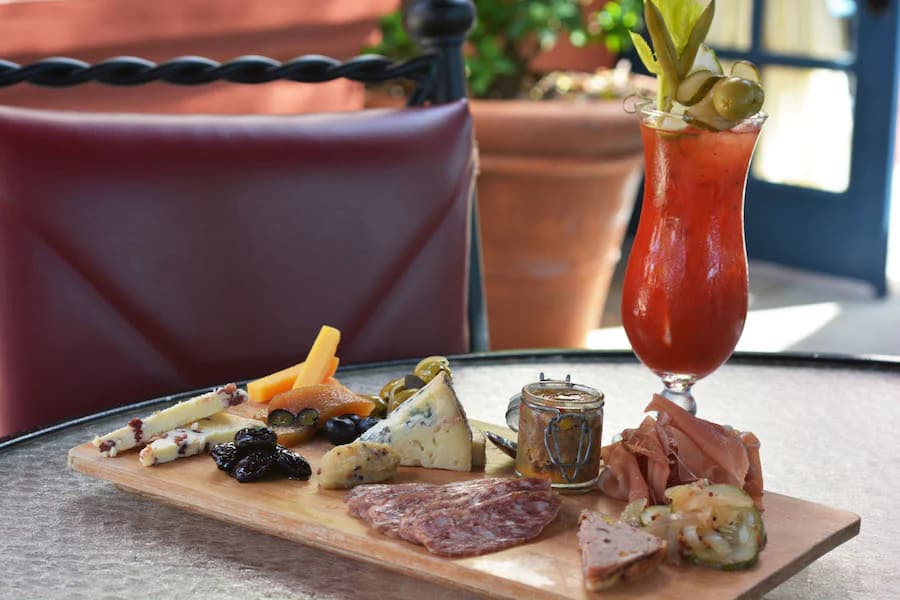 To begin any meal at The Hollywood Brown Derby, Guests can choose from a selection of appetizers, including a delight that could be shared, though no one will want to. The Charcuterie Board features a beautifully presented chef’s selection of cured meats, cheeses, and accompaniments that sets an elegant tone for the rest of the meal to come. There’s nothing more indulgent than a perfectly cooked steak, and Guests looking to splurge at The Hollywood Brown Derby have a delicious entrée option that is prepared to each Guest’s particular liking. The Filet Mignon is tender, juicy, and flavorful and accompanied by a root vegetable beef hash, charred sweet peppers, and green peppercorn sauce for even more flavors and unforgettable bites. 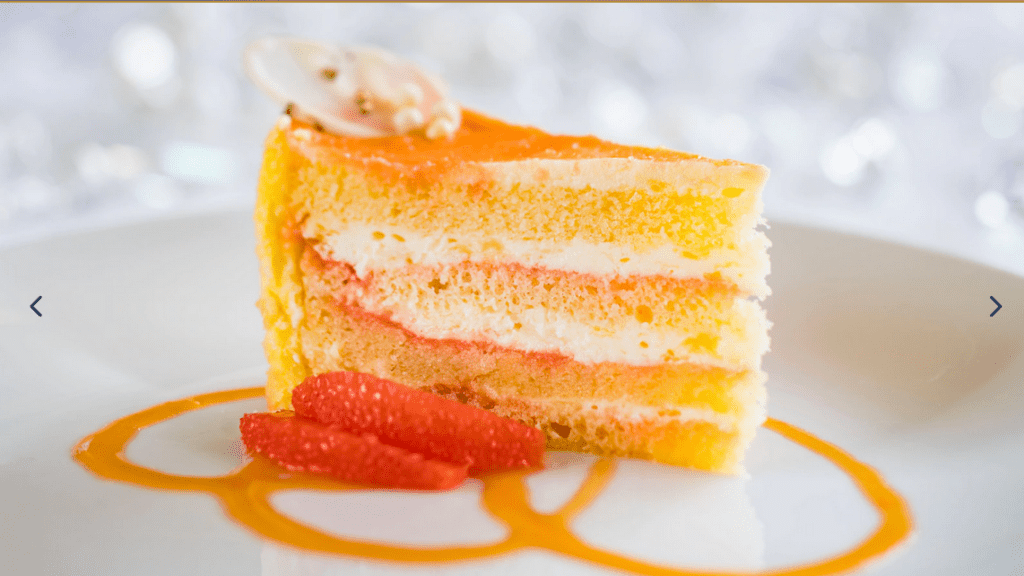 The Hollywood Brown Derby has become famous over the years for one particular unique and delicious dessert option that Guests can’t miss out on. The Grapefruit Cake was originally served at the restaurant of the same name in California and tops a vanilla sponge cake with grapefruit syrup and tangy cream cheese icing for a delicious treat that cannot be found anywhere else at the Walt Disney World Resort. 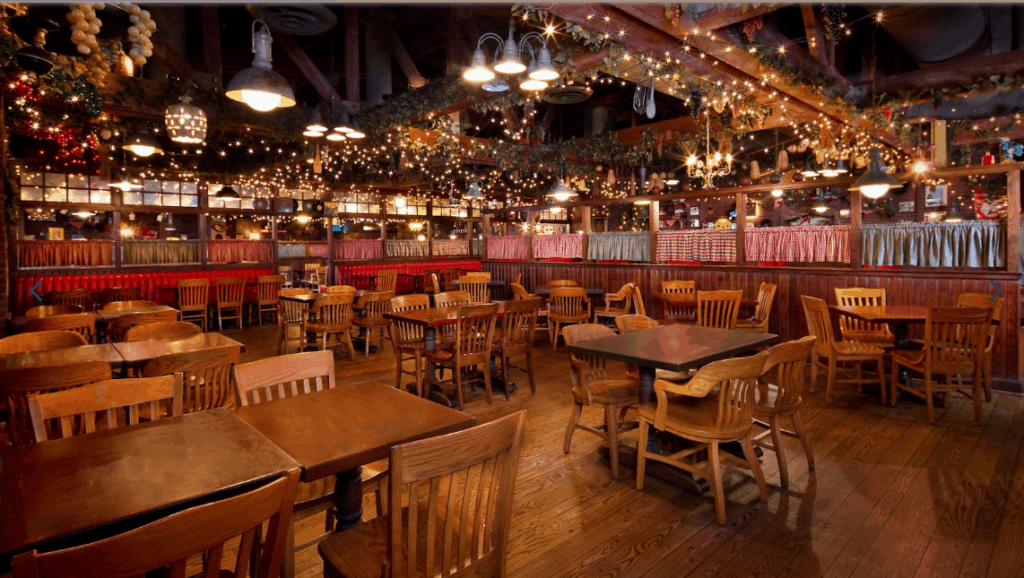 Moving over to the Grand Avenue area of Disney’s Hollywood Studios, Guests can enjoy Mama Melrose’s Ristorante Italiano, a wonderful table service restaurant with an interesting back story. The restaurant is run by Mama Melrose, who emigrated from Italy to Hollywood with the hopes of becoming a star. She eventually began cooking on the backlot to much success, resulting in her quirky and inviting restaurant that serves up classic Italian favorites fused with fresh California flavors. Mama Melrose’s Ristorante Italiano invites Guests to dine in laid-back and charming dining rooms for lunch and dinner each day with several options that are worth the splurge. 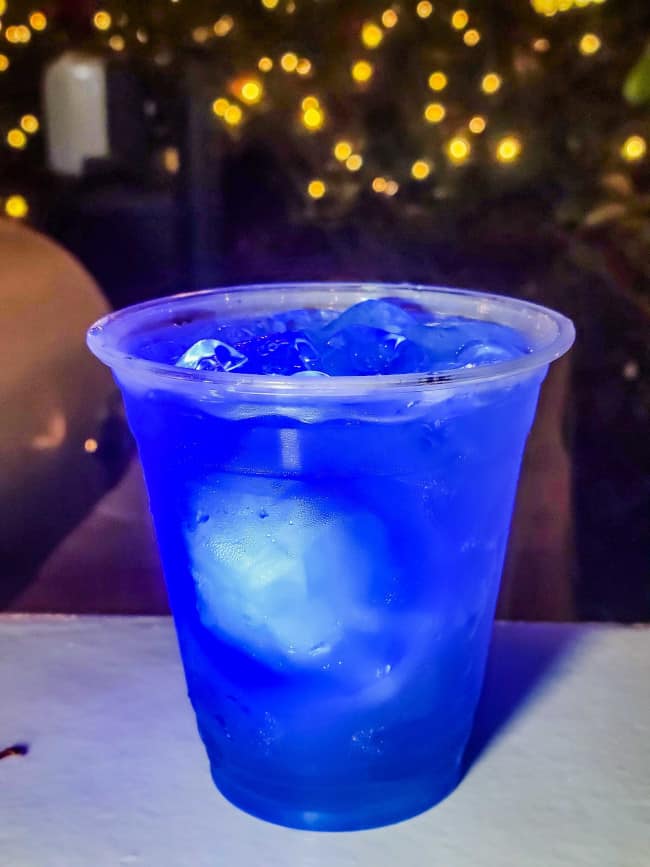 The most indulgent and expensive cocktail offered at Mama Melrose’s Ristorante Italiano is one that can technically be found in many locations throughout the Walt Disney World Resort but is delicious nonetheless. The Magical Beacon Cocktail features a vibrant blue color resulting from a blend of Empress 1908 Gin, Bols Blue Curacao, Minute Maid Premium Lemonade, Orgeat, lemon, and hibiscus grenadine made even more festive with the addition of a souvenir glow cube. 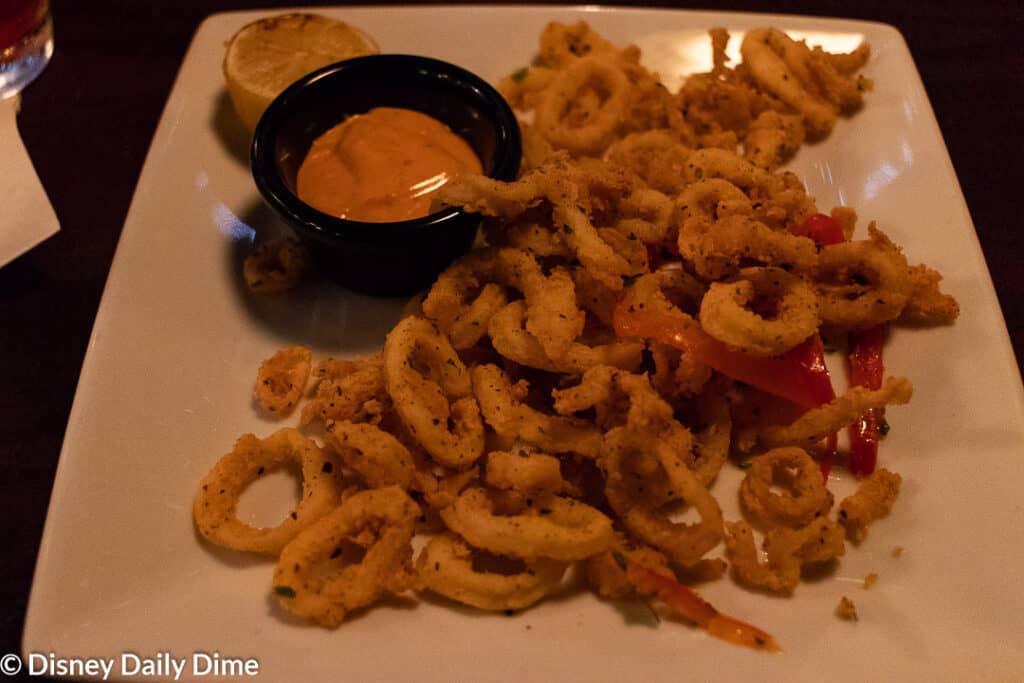 Guests can choose from several delicious appetizers at Mama Melrose’s Ristorante Italiano, including a classic seafood option that is very popular in Italian cuisine. The Crispy Calamari features perfectly fried and crunchy pieces of fresh squid served with spicy pickles, spicy aioli, and fresh lemon for dipping and garnishing. 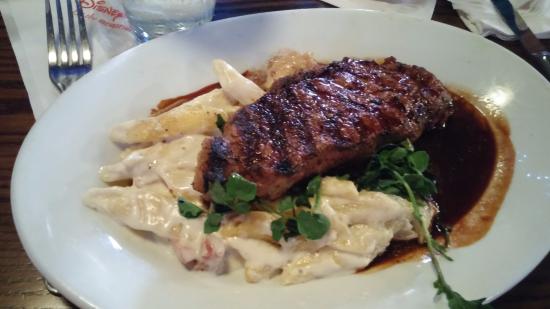 What’s better than steak? Steak paired with creamy pasta! The Charred Strip Steak offered as an entrée at Mama Melrose’s Ristorante Italiano is totally worth the splurge, featuring a generous portion of perfectly cooked steak served over a bed of four-cheese macaroni with pancetta, aged balsamic-shallot butter, and chianti wine reduction for major depth of flavor. 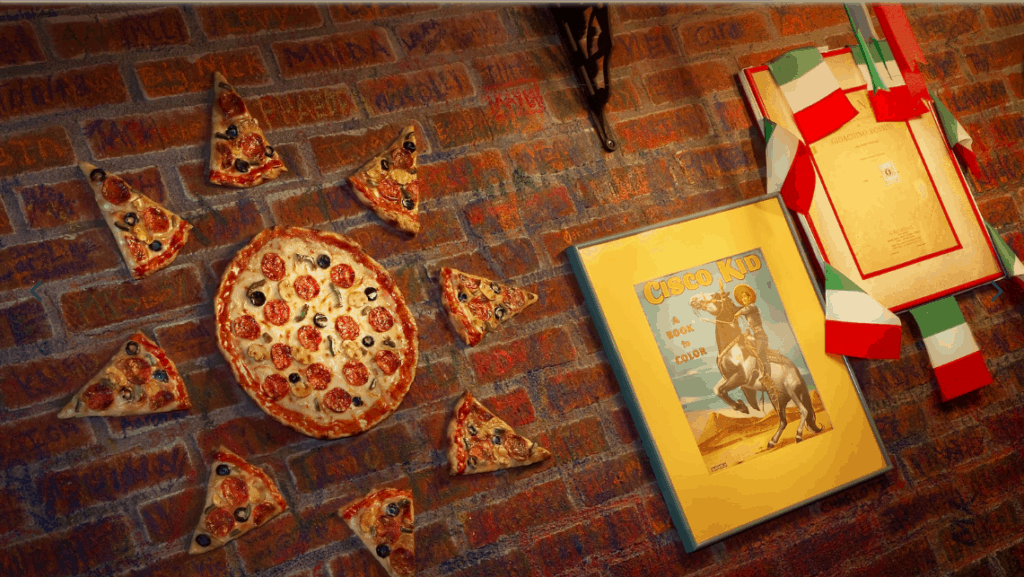 The perfect end to an indulgent meal at Mama Melrose’s Ristorante Italiano is one that Guests can actually take with them to enjoy after they have left the table service restaurant and Disney’s Hollywood Studios. Mama’s Cookies to Go features a charming box of assorted cookies to enjoy later, including options like Double Chocolate-Almond Biscotti, Lemon Crinkle, and Pine Nut. 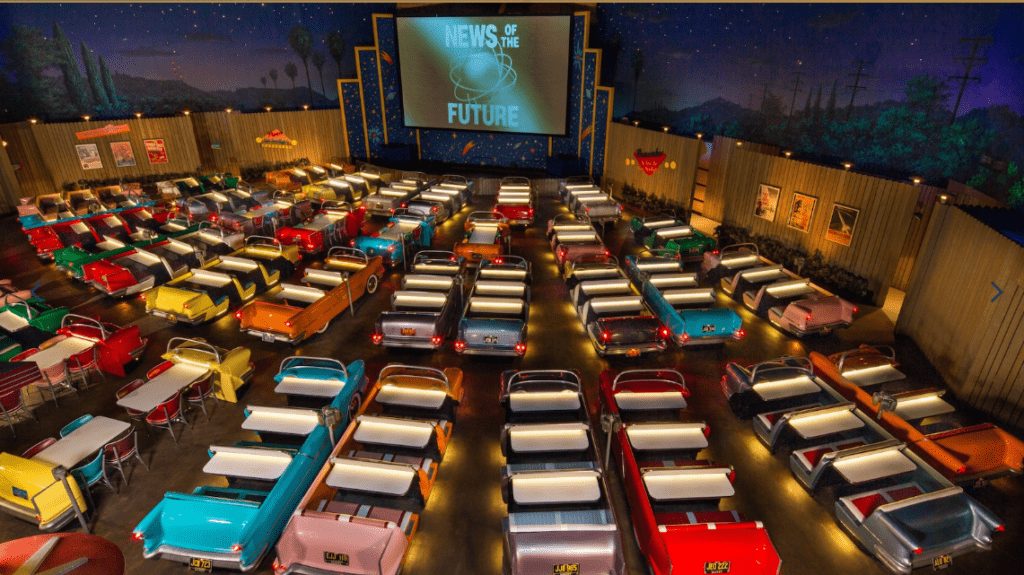 The Commissary Lane area of Disney’s Hollywood Studios is home to the popular Sci-Fi Dine-In Theater Restaurant. This table service restaurant features an incredibly immersive theming designed to make Guests feel as though they have stepped into a vintage drive-in movie theater complete with classic cars, twinkling stars, and a massive movie screen playing sci-fi clips of the past. The Sci-Fi Dine-In Theater Restaurant is open daily for lunch and dinner and features a wonderful meal of American favorites with unique sci-fi twists that Guests will enjoy while dining in their own cars.

Once again, the most indulgent and expensive cocktail on the menu at Sci-Fi Dine-In Theater Restaurant is the Magical Beacon Cocktail which is exactly the same as described above! 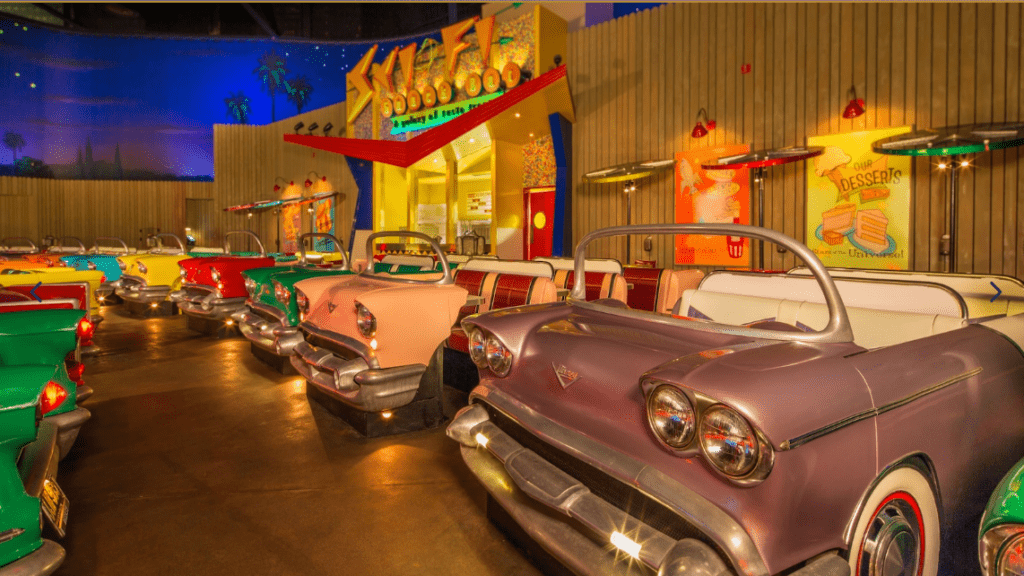 Switching over to the food selections at Sci-Fi Dine-In Theater Restaurant, Guests can kick off their splurge-worthy meals with the Sci-Fi Smoked Wings, which feature a generous portion of chicken wings that have been smoked and tossed in a porter barbecue sauce and are served with a house-made pineapple and poppy seed coleslaw. 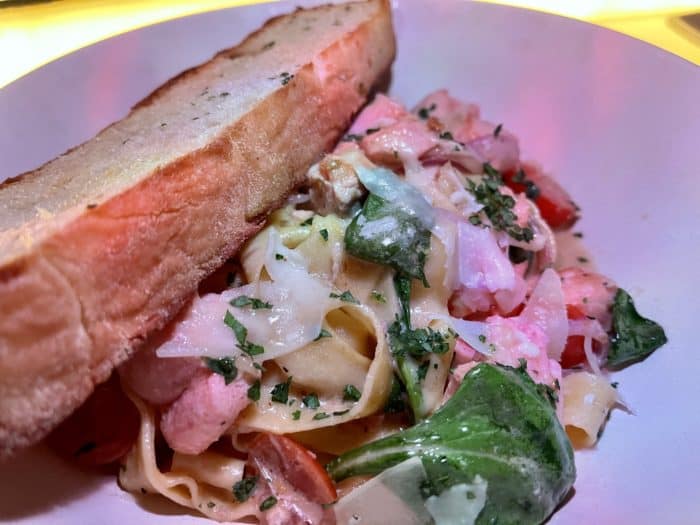 There are several pasta entrée options to enjoy at Sci-Fi Dine-In Theater Restaurant, including one that incorporates some delicious seafood. The Pan-Seared Salmon Pasta features a bed of pappardelle pasta coated in a lemon butter sauce with a medley of fresh salmon, rainbow tomatoes, onions, and spinach.

The perfect ending to any meal at the Sci-Fi Dine-In Theater Restaurant is a unique dessert that embraces the quirky charm of the table service restaurant. Out-of-this-World is a relatively new and delicious dessert option that tops pineapple mousse with a passion fruit cosmic swirl, spiced lime spaceship, space dust, and blood orange coulis for a truly out-of-this-world treat! 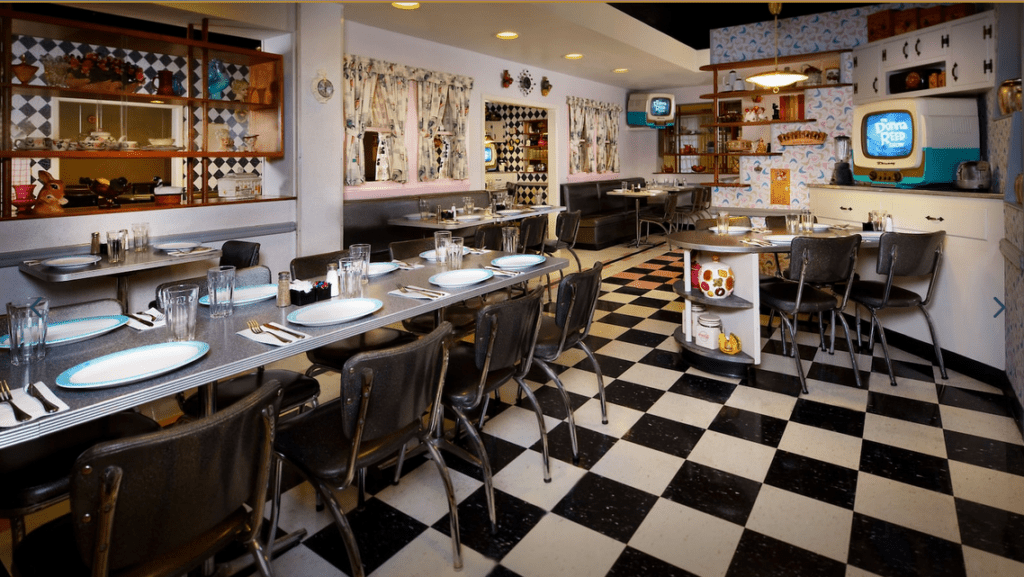 The final table service restaurant in Disney’s Hollywood Studios that Guests can enjoy a splurge-worthy meal at is the 50’s Prime Time Café in the Echo Lake area of the Disney Park. This popular restaurant brings Guests back in time to the 1950s and invites them to dine in a family member’s house, complete with a retro living room set up and vintage kitchens. While dining on favorite family recipes of American classics, Guests can interact with cousins (servers) and check out some amazing details, including black and white televisions, classic decorations, and immersive theming.

Once again, the most indulgent cocktail offered up at the 50’s Prime Time Café is the Magical Beacon Cocktail which is the same as found at the other two restaurants above! 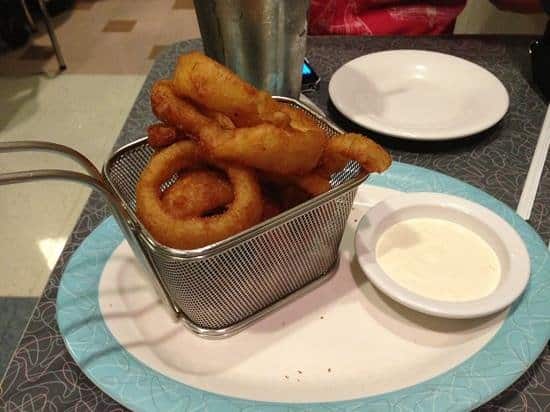 There are plenty of delicious and indulgent appetizer options to choose from at the 50’s Prime Time Café. Still, none is as perfectly flavorful and crunchy as the Beer-battered Onion Rings, which are huge, piping hot, and served up with a horseradish sauce for dipping. 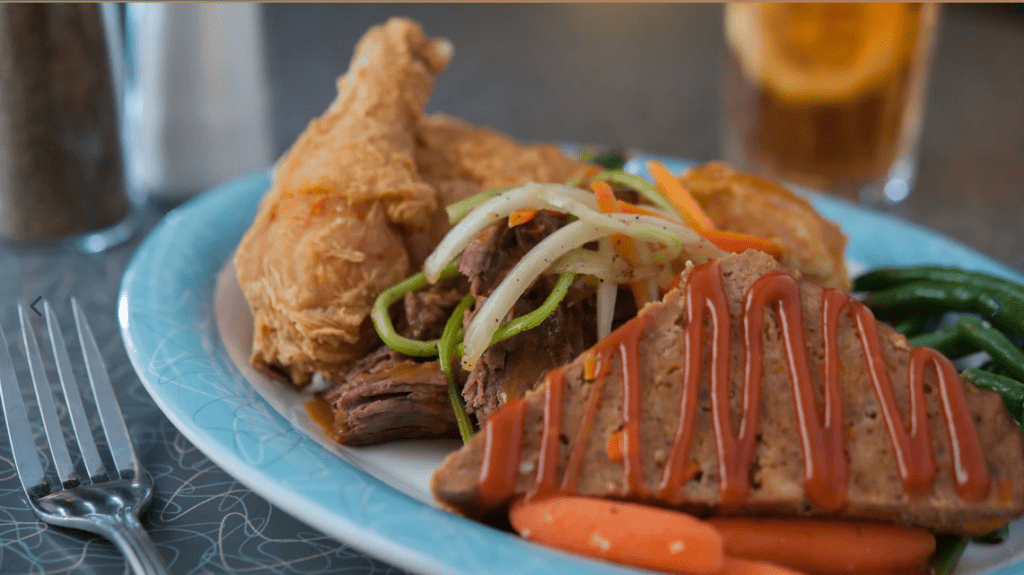 Guests who are looking to splurge and really go all out on a meal at 50’s Prime Time Café have the ultimate entrée option in A Sampling of Mom’s Favorite Recipes. This hearty and satisfying meal features portions of Aunt Liz’s Golden Fried Chicken, Mom’s Old-fashioned Pot Roast, and Cousin Megan’s Traditional Meatloaf with a smattering of sides and vegetables to enjoy as well! 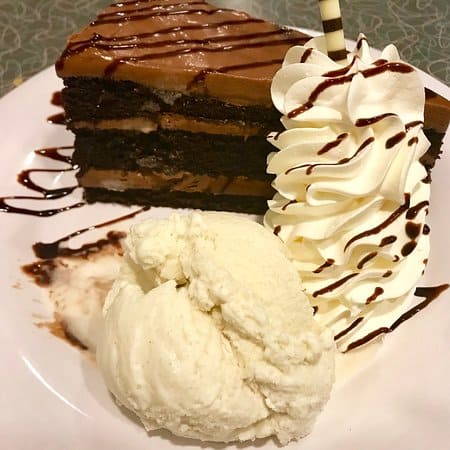 The perfect way to end a splurge-worthy meal at the 50’s Prime Time Café is with an indulgent and over-the-top slice of cake that combines two favorite flavors. Dad’s Favorite Chocolate-Peanut Butter Layered Cake A la Mode features a massive slab of cake with many layers of rich chocolate and smooth peanut butter topped off with a dollop of whipped cream and a scoop of vanilla ice cream.

With so many amazing options to choose from, which one of these meals would you splurge on in Disney’s Hollywood Studios? 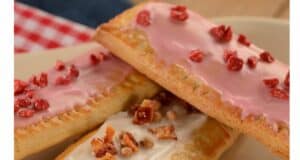 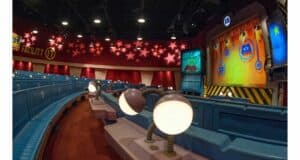 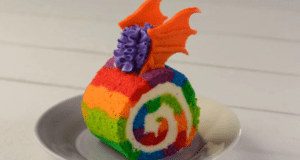