Magic Kingdom’s Splash Mountain attraction inside Frontierland is, as of Sunday evening, a thing of the past, and some fans are coping the only way they can–by profiting from the unfortunate situation at Disney World.

Splash Mountain opened at Magic Kingdom at the Walt Disney World Resort in October 1992. From the moment the very first log flume full of Guests fell over the final five-story drop at the attraction, the experience inside Frontierland has been a Guest-favorite, and over the years, that steady following has grown into a cult following.

But in recent years, activists and other individuals have been calling for the permanent closure and dismissal of the attraction from Magic Kingdom entirely, citing the attraction’s supposed role in perseverating harmful stereotypes and furthering racial and cultural misconceptions and misinformation.

The outcry left a majority of Disney fans scratching their heads. Those were certainly strong accusations for a 12-minute log flume ride inside Frontierland–suitable for water ride junkies of all ages–that featured Br’er Rabbit, Br’er Bear, Br’er Fox, several tiny drops, a massive 50-foot plummet down a waterfall, and “Zip-A-Dee-Doo-Dah” playing on repeat.

Credit: Ink & Paint in the Parks

Wrong, according to those who demanded that Disney destroy any remembrance of the attraction. And, in June 2020, Disney Parks announced that, like a genie in a bottle, the Company had caved to the demands of some, despite the far-reaching popularity of the ride and the lack of any elements from Disney’s Song of the South film that could have had even the potential of “perseverating” harmful “stereotypes.” 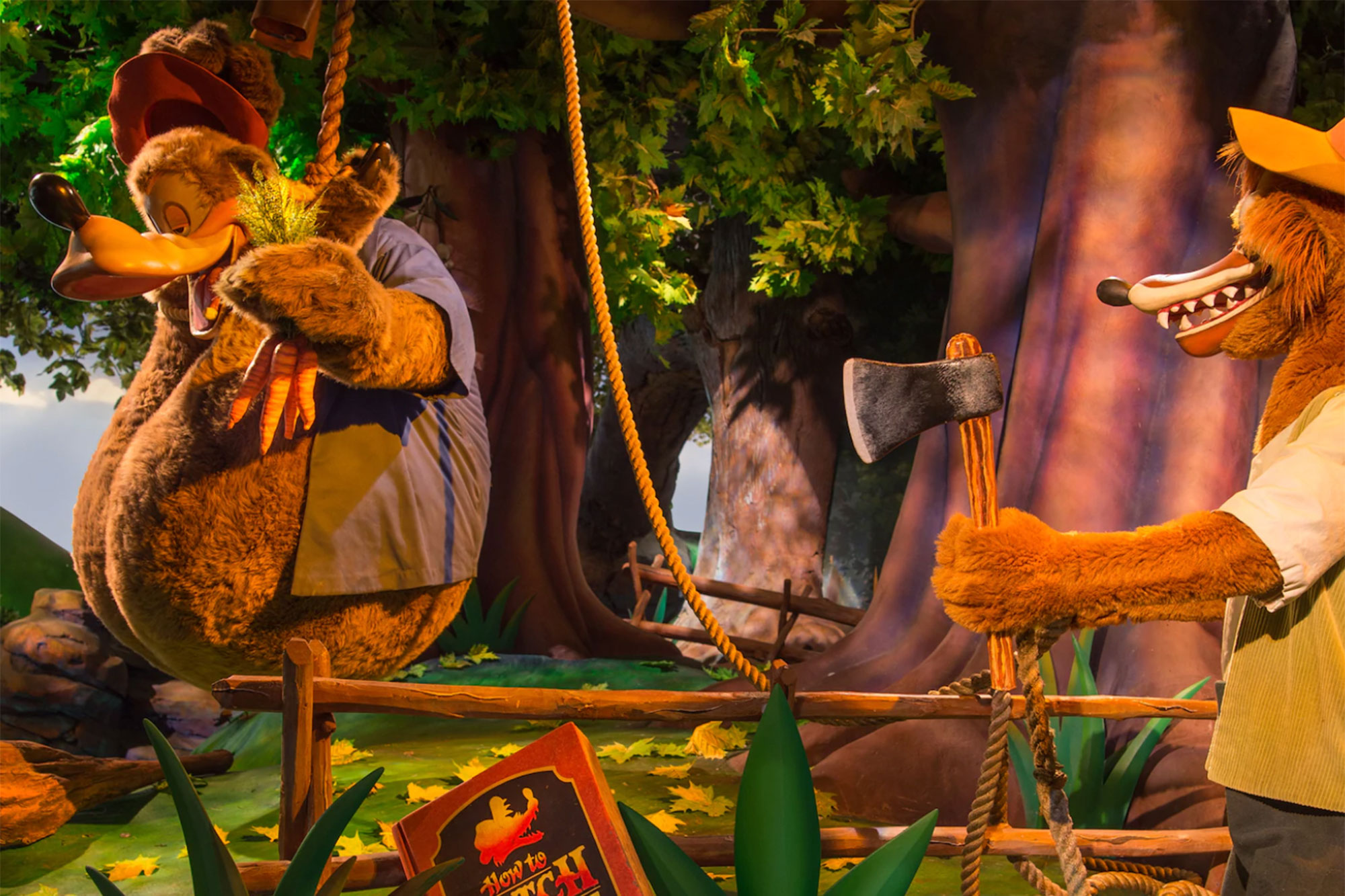 In the announcement, Disney said it was shelving Splash Mountain–and bringing in a new experience in its place, inspired by Disney’s Princess and the Frog. But it would be more than two years before fans would learn the name of the new attraction, Tiana’s Bayou Adventure.

The move has been met with opposition from scores of Disney World fans who simply cannot get behind Disney’s decision to evict Br’er Rabbit and the gang. And on Sunday, the last ever day of operation of Splash Mountain, some fans began to cope with their disappointment in other, um, money-making ways.

On Sunday, an eBay user listed a twig from the Splash Mountain attraction on the popular online marketplace. Anyone hoping to own this piece of the iconic attraction will have to fork over $2,000 USD, as well as $5.00 for standard shipping, which takes place once the payment clears.

It’s evident from the listing’s photos that the twig is not “WDW Official,” but rather a tiny twig that was either found inside the attraction or brought into the attraction so that photos could be taken that feature the twig against the backdrop of the inside of the Splash Mountain ride.

But kudos to this user for creativity. And even bigger kudos if a diehard Splash Mountain fan comes forward to “buy it now” on this, um, nostalgic item.

2023-01-22
+Becky Burkett
Previous: Disney Adults and Mental Health: Is There a Connection?
Next: Wait Times at Magic Kingdom EXPLODE as Guests Race to Experience Things One Last Time