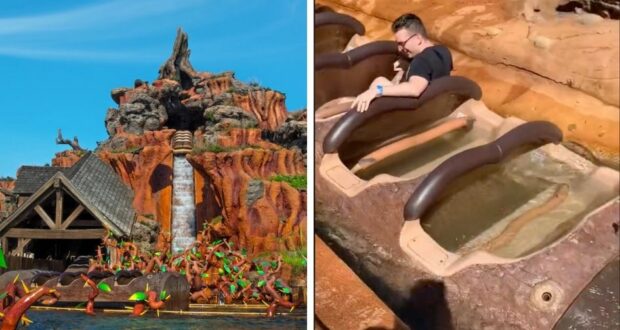 When visiting Magic Kingdom Park at Walt Disney World Resort, it seems that there are an endless amount of things to do. There are a ton of great attractions, delicious restaurants, and shops with all of the merchandise you could dream up. Magic Kingdom is such a popular Park because it truly evokes the quintessential magic of Disney. It was the first Park to open at Walt Disney World Resort, and Guests have continued to flock to the Park that was Walt’s dream kingdom.

The Magic Kingdom has a number of classic, and incredibly popular, attractions — including The Haunted Mansion, “it’s a small world”, Peter Pan’s Flight, Walt Disney’s Enchanted Tiki Room, and more. One of the most in-demand rides — especially during the summer months — is the log flume ride, Splash Mountain. Splash Mountain has been open since 1992, taking visitors on a ride through the Briar Patch, and soaking them along the way. 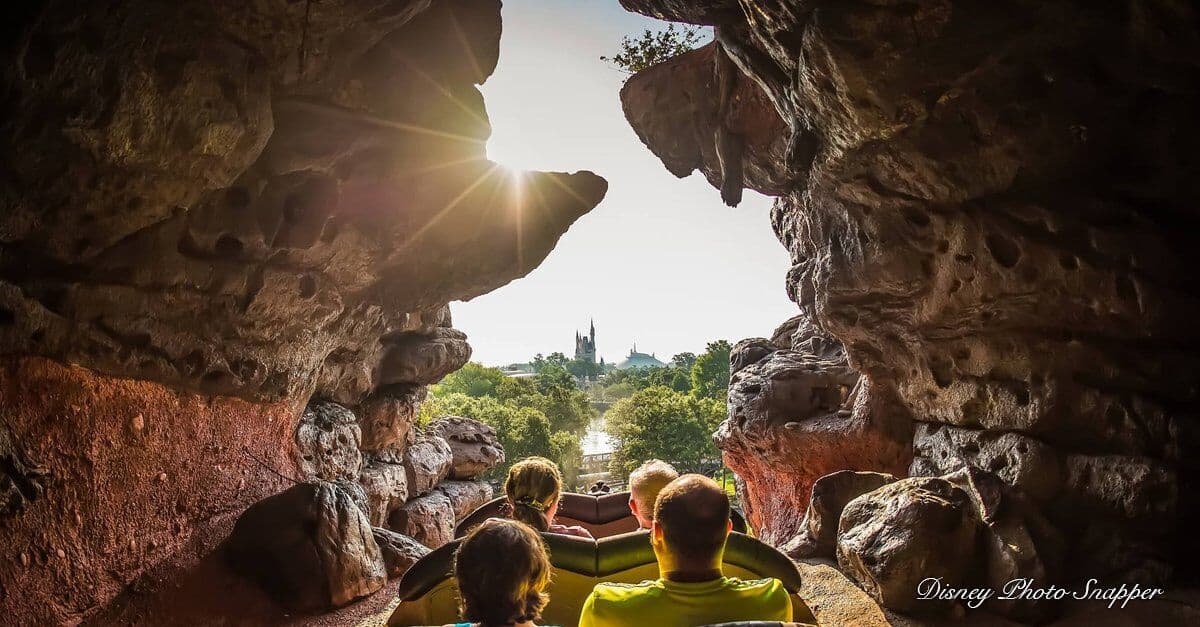 Before boarding Splash Mountain, one thing is made abundantly clear — you will get wet. There is more than one drop and water will get into your log. However, most Guests do not expect their log to become completely full of water and then start to sink. Unfortunately, for one group visiting Walt Disney World recently, that exact thing happened. 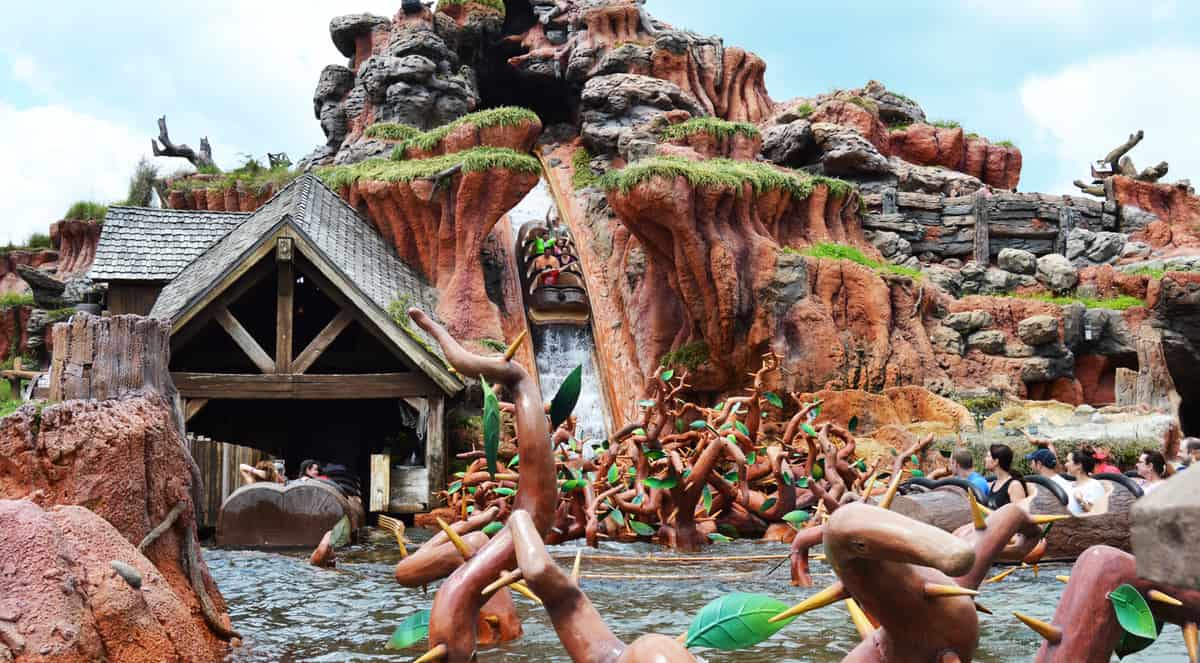 TikToker Dakota Anglin (@danglin90) posted a video of Guests climbing out of their log as water continues to gush in. Some theme park Guests look to be relatively dry, but other Guests are not able to get out before the water gets up to their waist. Dakota also shows logs backed up behind the sinking one, but those are floating and are having no problems. Guests are seen helping each other out of the log, but a Cast Member is not seen in the video.

Many users were quick to ask how such a thing could happen. The ride vehicle is designed to float, and the water levels are supposed to be carefully controlled. One person pointed out that maybe Disney forgot to drain the ride a little bit to make up for the recent rainfall. Another user commented that they had seen Cast Members draining another ride log at that same spot on a different day, so it does not appear that this is a one-time problem. 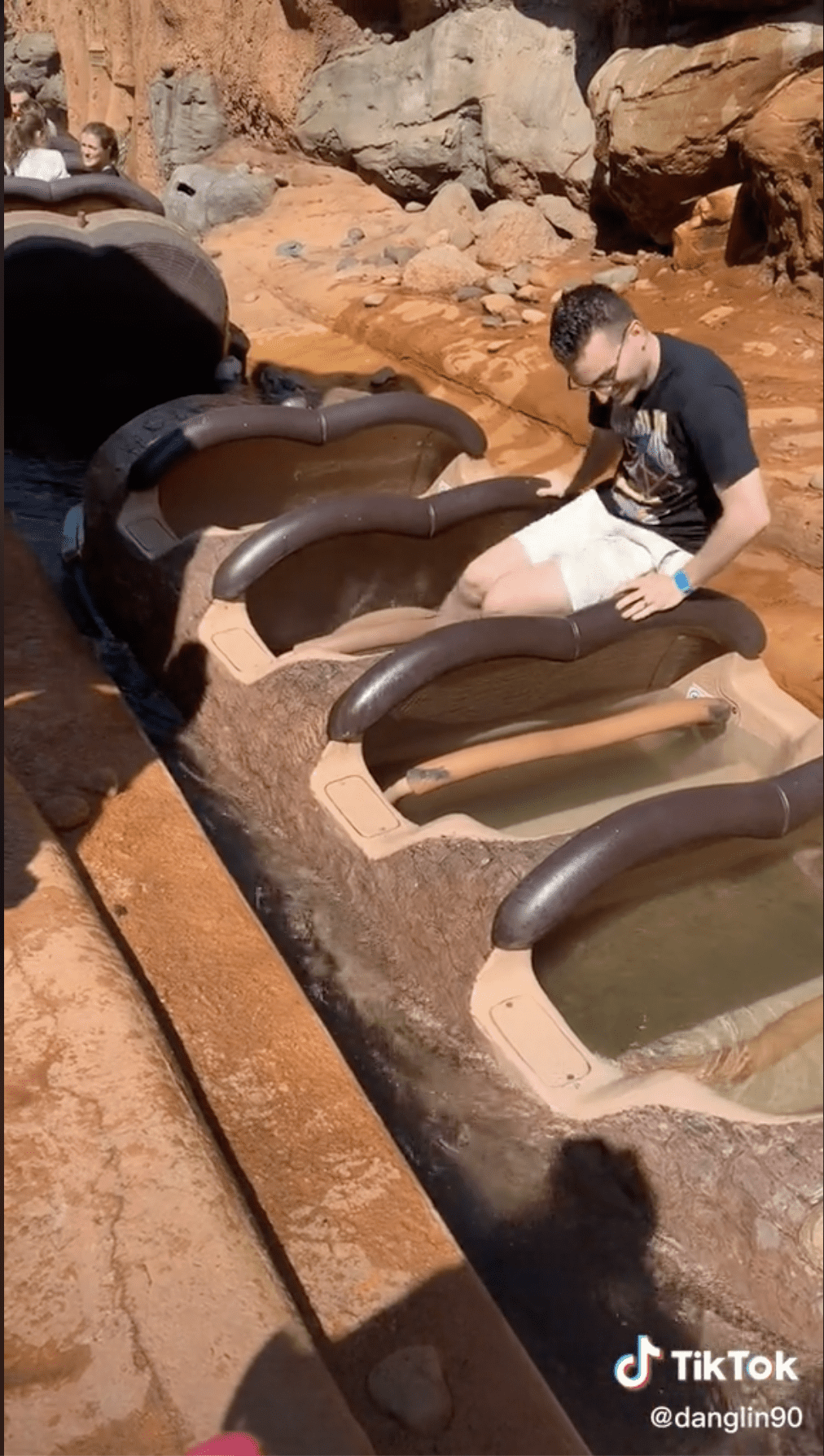 Other Guests commented that this is just one more instance of Disney quality going downhill. Since the theme parks reopened after the pandemic, Guests are noticing that certain maintenance seems to be falling by the wayside. Disney Parks have always looked incredibly pristine, and the food was top-notch. However, constant ride breakdowns (and apparently sinking) paired with much smaller food portions are leading many to believe that Disney is no longer spending the money it used to on upkeep.

2022-04-04
Krysten Swensen
Previous: Are You an Expert About Disney’s Animal Kingdom? Take This Quiz and Find Out!
Next: Maryland Gov. Blasts Fellow Republican Ron DeSantis Over “Crazy Fight” With Disney