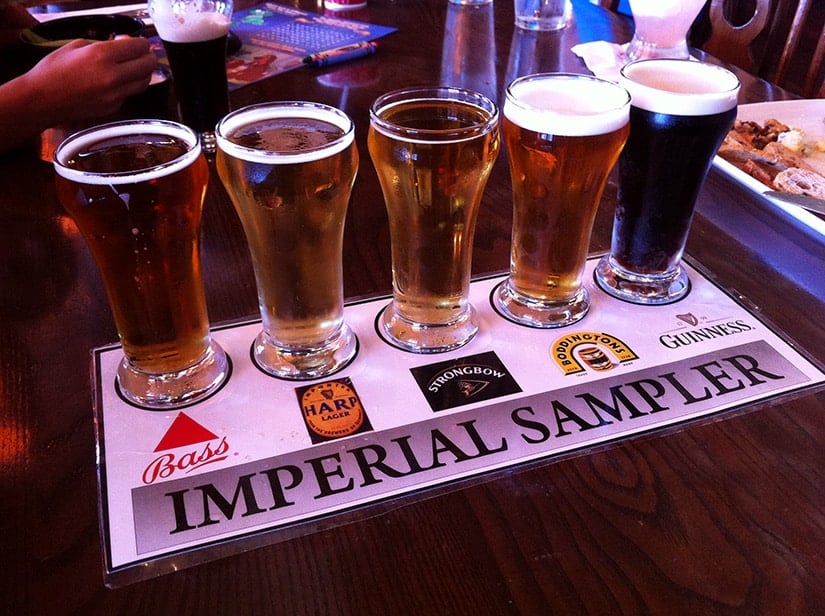 One is enchanted immediately upon entering EPCOT’s UK Pavilion with its understated but evident charm.  It is quaint and yet regal. From its popular storybook characters (Alice, Mary Poppins, Winnie-the-Pooh) to the strains of British invasion bands wafting through the air to the friendly greetings being offered by the British cast members,  the pavilion is a popular destination for EPCOT visitors.  And its Rose and Crown Dining Room and Pub certainly helps to enhance the spirit of British hospitality.

The pub looks inviting with the bright red phone booths right outside its door to its Dickens-esque style.

We had a 1:30 reservation and although we arrived right on time, we were given a pager and told it would vibrate when our table was ready.  We wrongly assumed a reservation meant we had some sort of priority seating but quickly discovered we were obviously mistaken.  We waited twenty minutes, watching other Disney guests without reservations walking up the the hostess, similarly being handed pagers and actually being seated before we were.  We were just about to ask if we had been forgotten when we were finally paged and led to a table. We were somewhat surprised that no apology was made for the lengthy wait.

We were fortunate enough to get one of the inside tables which had a view of World Showcase lagoon.  While the outside dining area offers better views of the lagoon (and boasts one of the best places to watch Illuminations in the evening), it was a bit too warm to opt for an outdoor table.  And actually, we weren’t offered the choice of seating preference.

The pub is soaked in British tradition from the dark wood to the warm colors to the rich aromas of ale and malt vinegar.  A talented but focused bar staff tend to the few tables within close proximity to the bar itself while servers dressed in knickers and frocks explain the menu’s offerings to the tourists and locals wanting to soak in the culture and sample its typical cuisine.   While the dining room is not large, it is cozy but not to the point of being crowded.  Part of the coziness can certainly be attributed to the warm and welcoming servers, particularly our server Andrea, who was as hospitable as one could imagine.

She mentioned that the menu had recently changed but was quick to point out that some of the pub favorites had remained such as the bangers and mash and scotch egg, both very British indeed.

For starters, we ordered the Roasted Sea Scallops served with an olive vinaigrette.   Upon first glance  I noticed  that the “vinaigrette” looked  much more like plain olive oil.  Lots and lots of olive oil,.  While the scallops themselves were rather nondescript and bland, the oil bath they were immersed in was salty and bitter.  Not a good choice of appetizers to say the least.

As usual, I tend to choose food traditional to the Epcot nation I am visiting for the most authentic experience.   That being said, I ordered the pub’s signature fish and chips while my dining companion opted for the cottage pie.  The fish was a very generous piece of beer-battered cod served  along with an ample portion of chips (french fries).  While the fries were crisp and nicely seasoned, the fish could have been a bit flakier.  The batter was light and tasty but the fish itself lacked much flavor.  I did love the fact it was served on newspaper, the traditional method of wrapping this very British dish. The cottage pie on the other hand was a wonderful choice.  Cottage pie is like shepherd’s pie – ground beef, carrots and mushrooms in a savory sauce topped  off with a mashed potato crust.  The potatoes were golden brown and garnished with a light cheddar cheese.  Creamy, warm  and delectable, this is the ultimate comfort food.  The beef and vegetables were nicely minced and this helped make the dish hearty but not heavy.   And just for trivia sake, cottage pie is usually made with beef while shepherd’s pie is made with lamb.  Other than that, they are basically the same.

For dessert, we asked Andrea about the sticky toffee pudding which caught our eye.  There was no mistaking the twinkle in her eye as she fondly described this confection so we decided we had to sample one.   And then we discovered heaven.  Sticky toffee pudding is a very moist sponge cake covered with a vanilla custard and butterscotch sauce.  To say this treat was outstanding is putting it mildly.  The co-mingling of the three flavors is a scrumptious ending to a meal.  Sweetly delicious.  A very, very satisfying choice.

Of course, the pub is proud home to many British ales and lagers although we did not partake in any brew.  We did notice several diners ordering the Imperial Sampler, a grand array of ales to savor which seemed to be a popular and satisfying choice.

Of special note:  since it was a warm day, after we paid our bill, our server Andrea returned to ask if we would like another round of beverages served in plastic cups so that we could take them out of the restaurant and into the park.  We thought that was a very special, accommodating and lovely gesture. This truly says so much about the pub’s hospitality.

Food:  The food ranges from spectacular and savory to bland and disappointing.  Skip the seafood and opt for the heartier fare.  And don’t miss out on the toffee pudding.

Atmosphere:  Simple yet traditional as a pub should be

Service:  The host staff could be better and more helpful (and the reservation system needs work), but the wait staff is top-notch.

Tips:  For a special treat, try to book a dinner reservation during Illuminations for a spectacular front row seat. 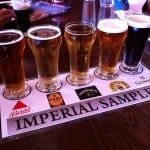 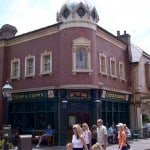 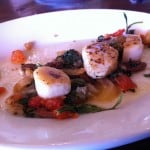 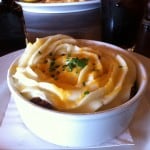 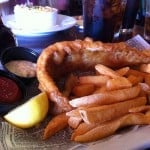 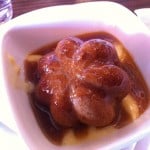 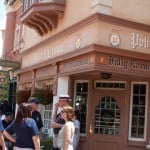 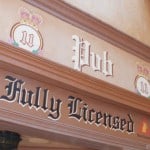 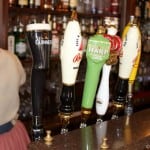 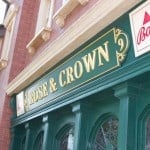 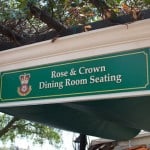 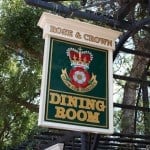