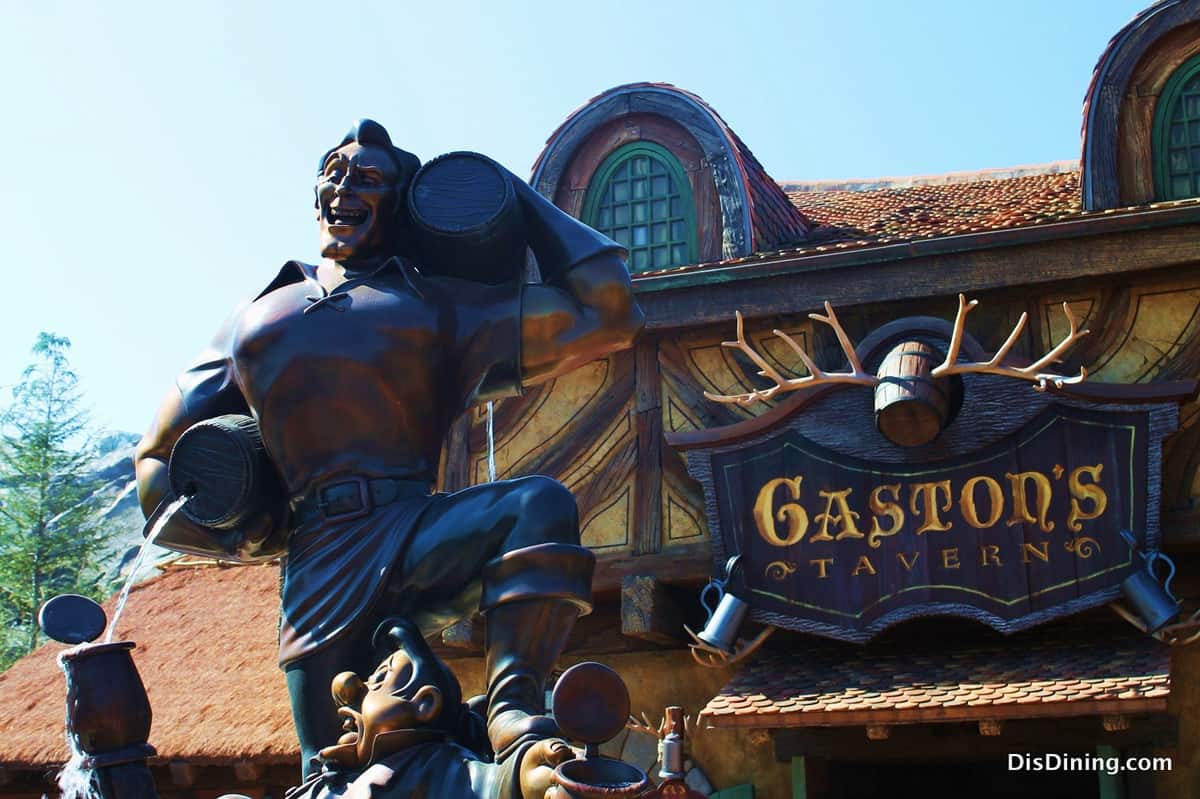 Review: Gaston’s Tavern located in the in the Fantasyland expansion

The irony about the Beauty and the Beast area of the Magic Kingdom’s “New Fantasyland” is that while in the beloved 1991 film, Belle was looking to escape the mediocre drudgery of her “poor provincial town,” we’ve all been clamoring to get in since the expansion was first announced back in 2009. My family and I were lucky to get a sneak peek during a soft opening. And while there was no baker selling baguettes in the cobbled street and no wig merchants, there was much charm and enchantment to this little town, to this quiet village.

Entering the uncompleted “New Fantasyland” for the first time is somewhat like peeking at your presents on Christmas Eve; you know you can’t have them now, but you’re excited by the gifts that are soon to come. We won’t be able to dine at the Be Our Guest Restaurant for several more weeks, and we won’t be able to ride the Seven Dwarfs Mine Train for two years; yet, stepping into a portion of the park that never before felt my footsteps was exhilarating.

Entering the area from a parcel of land between Prince Charming Regal Carrousel and Pinocchio Village Haus, Gaston’s Tavern sits at the bottom of a winding trail past the new Enchanted Tales with Belle attraction and the much anticipated Be Our Guest Restaurant. Greeting diners in front of the tavern is a whimsical fountain featuring the vane eponym of the pub, as well as his trusty subordinate LeFou. Swelling crowds in the park caused a backup at the entrance to the tavern, but after a short wait we were granted entry.

The doorway to Gaston’s watering hole gives way to the quick service ordering area, with arrow-pierced menus above and barrel-shaped cash registers on the counter. The choices on the current menu are limited, with the Roasted Pork Shank and the signature drink, LeFou’s Brew, being the main draw. We ordered both, as well as a Warm Cinnamon Roll and Hummus and Chips. After a protracted wait for a table, we found one in a small alcove beneath a towering chandelier of antlers.

To step into Gaston’s Tavern is to certainly step into a world created by “Interior Designer Gaston.” The tavern is undoubtedly woodsy: a rustic cross between the set of an L.L Bean catalog cover shoot and a National Rifle Association trophy room. There’s a large faux fireplace with a looming portrait of Gaston taken right from the movie, and there are an abundance of antlers in all the lyrically-noted decorating. But, unfortunately, I’m not sure steeping into Gaston’s Tavern is to step into a world created by “Chef Gaston.” Let me explain. The food was actually delicious: the pork shank was succulent and will probably replace the turkey leg as the new mobile meal of choice; the cinnamon roll was indeed warm and gooey and great; and the hummus and chips were smoky and full of flavor.  My gripe wasn’t with the quality of the food, but rather with the food choices. As a lover of good regional cooking, I wish the choices better reflected French sensibilities, where the story is set. Some type of game bird, perhaps, would be better suited here; after all, it’s a fowl which we first see Gaston take as his prize in the film. I’m also not sure where the hummus fits in, as this popular spread is usually associated with Middle Eastern cuisine.

My biggest grumble, though, is with LeFou’s Brew, which is said to be a creation of frozen apple juice with a hint of toasted marshmallow, topped with passion fruit-mango foam. In my opinion, the drink should have been root beer or birch beer-based; after all, this is a tavern! I tasted neither marshmallow nor mango, and the drink was mainly an apple juice smoothie. I’m just not sure you’d ever see Gaston himself order this fruity concoction, but no doubt millions of guests will.

As we sat there enjoying our meal, however, I started thinking that this was real character dining. Certainly not character dining in the traditional sense; where you’re greeted by Mickey or Minnie while you nosh on a Mickey-shaped waffle; but a much different kind of character dining, where you dine inside the character’s mind and world. And while our favorite villainous hunter wasn’t there with us sharing a brew, you can’t escape the feeling when sitting in one of the rustic dining rooms that once the patrons are gone for the night, Gaston will return from his hunting trip, pull up his gaudy animal hide-covered chair, and warm his feet by the fire.

Atmosphere: A rustic and masculine dining saloon, with antlers in all the lyrically-noted decorating.

Tips: Limited indoor and open-air seating area makes relaxing and enjoying your meal difficult. If there are long lines at the counter, prepare for a lengthy wait to find a table.

-Tom Ryan is the author of the Florida-set mystery thriller A Sword for Pizarro. 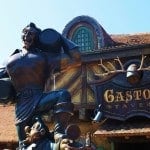 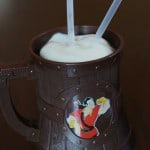 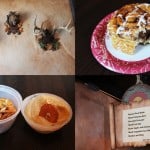 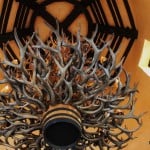 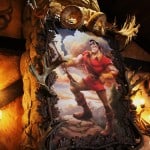 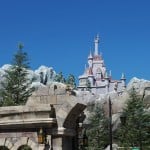 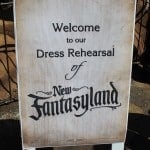 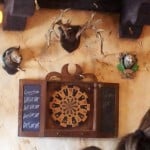 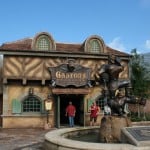