An emergency during a trip to the Walt Disney World Resort for a man visiting with his wife, his son, and his grandkids has given him an even deeper belief in miracles and a greater appreciation for nurses.

Former New York City Police inspector and Vietnam war vet John Cerar visited Disney World with his family earlier this year, and while the whole family was excited about their Disney vacation, the trip quickly became nightmarish one night on a ferry boat ride from Magic Kingdom.

John, 76, and his wife, Tina, 73, were spending a week at Walt Disney World with their son, Jeff and his wife, Amy. John’s three grandchildren, ages 4 through 8 were there to see Mickey too. John Cerar and his wife Tina and their 3 grandchildren/Credit: Cerar Family

The family enjoyed the different offerings of rides and attractions at each theme park, and the entire family was truly enjoying being together at Disney World. But as the family neared the end of their magical Disney vacation, the trip took a turn for the worse.

Or so it seemed.

On the sixth day of the family trip to Walt Disney World, the everyone looked forward to the nighttime fireworks spectacular at Magic Kingdom: Disney Enchantment. They saw the spectacular that evening, and when it was time to leave, John and his wife Tina decided to take the ferry from Magic Kingdom back to the Guest parking area. His son decided to take the monorail.

And naturally, John’s grandkids were excited about boarding the ferry boat with their grandparents. But only moments later, things quickly changed. Shortly before boarding the boat, John remembered feeling short of breath, but he dismissed it as a natural response to an exciting day at Magic Kingdom. (Remember how much you walk at Magic Kingdom?)

John explains that he and his wife and grandkids were some of the last Guests to board the ferry at around 8:30 p.m. Little did John know that three angels boarded the ferry at Magic Kingdom that night too.

Just after boarding the ferry, John collapsed on the deck, breaking his nose in the fall. He had gone into cardiac arrest. Panicked, his wife Tina began screaming for help, and a woman raced to her side followed by another woman, and yet another. 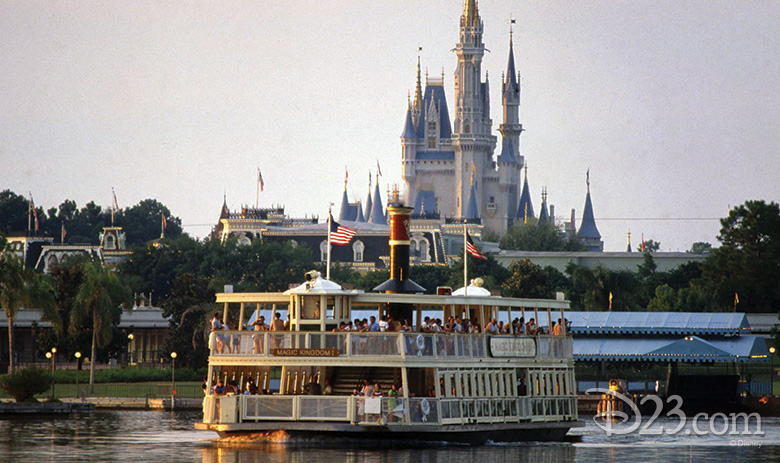 RELATED: Failing this test at Disney World will cost you your life

The women didn’t wait; they didn’t hesitate; they just got to work. Tina had no idea where the women had come from, as she hadn’t seen them in the crowd of Guests until that point.

They were nurses Kristin Barlow, her sisiter, nurse Cassie Maselter, and another nurse, Jennifer De Leon.

“When I got there, he was laying on his side,” Barlow explained. “He had a cut on the bridge of his nose.”

Suddenly, John began to gasp for air. And then, Barlow said, he just stopped breathing.

The three nurses immediately went into life-saving action. They rolled John onto his back, opening his airway. And then Barlow began administering cardiopulmonary resuscitation, or CPR. She and De Leon alternated compressions in an effort to try to save John’s life.

“Here we didn’t have our normal resources we would have in the hospital,” De Leon, 27, said. “The adrenaline kicked in.” Maselter, 29, yelled out for someone to bring an AED, a defribrillator that would hopefully shock John’s heart and restore its rhythm.

A Cast Member raced to the nurses with the defribillator, and a doctor made his way through the crowd to offer his assistance. After two shocks from the AED, John’s heart started beating again, but he wasn’t out of the woods. While the nurse “angels” worked to resuscitate John, Guests called 911 for emergency assistance, and soon paramedics from the Reedy Creek Fire Department were on the deck of the Magic Kingdom ferry too.

Emergency personnel secured John to a stretcher, and as the three nurses watched Reedy Creek paramedics roll John away toward the ambulance, they weren’t sure what his outcome would be. They weren’t sure he would live. “We had a hard time sleeping that night,” Maselter said.

Barlow said she just kept ruminating over the events of that night.

“We are never going to get any kind of closure on this,” she remembers thinking to herself.

As the three nurses continued to think about all that had transpired with John that night, they remembered that they had attempted to board an earlier ferry to get back to their Walt Disney World Resort Hotel. But just as they were about to board, a Cast Member told them that the boat was at capacity and they’d have to wait for the next one. 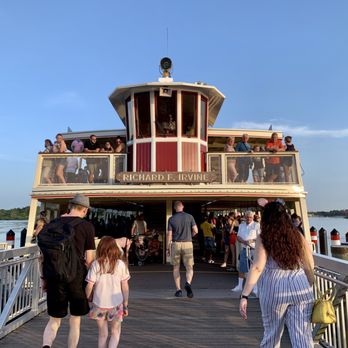 The next ferry boat happened to be the one on which John, his wife, and his grandkids were preparing to ride.

“Maybe it was destiny that put us there,” De Leon said.

The three nurses, who were at Disney World for a runDisney event, returned home to Southwest Florida, never knowing what had become of John Cerar.

After the nurses heroic actions, John was airlifted by a medical helicopter to Advent Health Celebration and then transferred to Advent Health Care Center Orlando North, where he underwent triple bypass surgery the next day. After 12 days in the hospital, John was finally discharged on March 8. He then underwent rehabilitation in West Palm Beach before a cardiologist cleared him to make the flight home.

Cassie Maselter, one of the three nurses, posted on Facebook, saying her knees were sore, but not from the runDisney event; rather, she was sore from kneeling as she performed CPR on an older man, she wrote in her post.

Her Facebook post set everything into motion, as a friend of hers who is also a nurse, heard about the Disney World rescue before seeing Cassie’s post. It turns out that Cassie’s friend is related to John’s daughter-in-law, oddly enough. She was able to share with Cassie that John had indeed lived and wanted to find the nurses who saved him and thank them personally.

On March 17, St. Patrick’s Day, John and the three nurses had the lucky opportunity to meet–and this time, under very different circumstances. John finally got to say thank you to the three brave nurses who sprang into action like it was second nature to them, thus saving his life. “I am alive today without a doubt because of them,” John said.

When John met the three nurses on a Zoom call, he thanked them for their heroic actions. He said they’d done a terrific job–so terrific, that he didn’t mind the five broken ribs he sustained.

“I’m not upset, that happens with good CPR,” John said. “I would never had made it.”

Because of the three ladies’ heroic actions and their dedication to those they serve, John lived, and his three grandchildren didn’t have to watch their grandfather die.

Kristin says it makes her “more grateful for every day.”

John found out about the ladies’ attempt to board an earlier ferry, only to be told it was full, leading to their boarding the same ferry he boarded.

“I was told my angels had missed their first ferry,” Cerar said. “The timing of their appearance is just miraculous.”

We think John would agree that Disney World really is the Most Magical Place on Earth, and this week, which is Nurses’ Week, we tip our hats to these most magical nurses on earth: Kristin, Jennifer, and Cassie, and to all the nurses out there doing what they do so well on a daily basis. This week and every other week of the year, they are the true heroes.

2022-05-10
+Becky Burkett
Previous: Snack Your Way Through Disney Springs!
Next: Enjoy a Taste of the Bayou at Boatwright’s Dining Hall