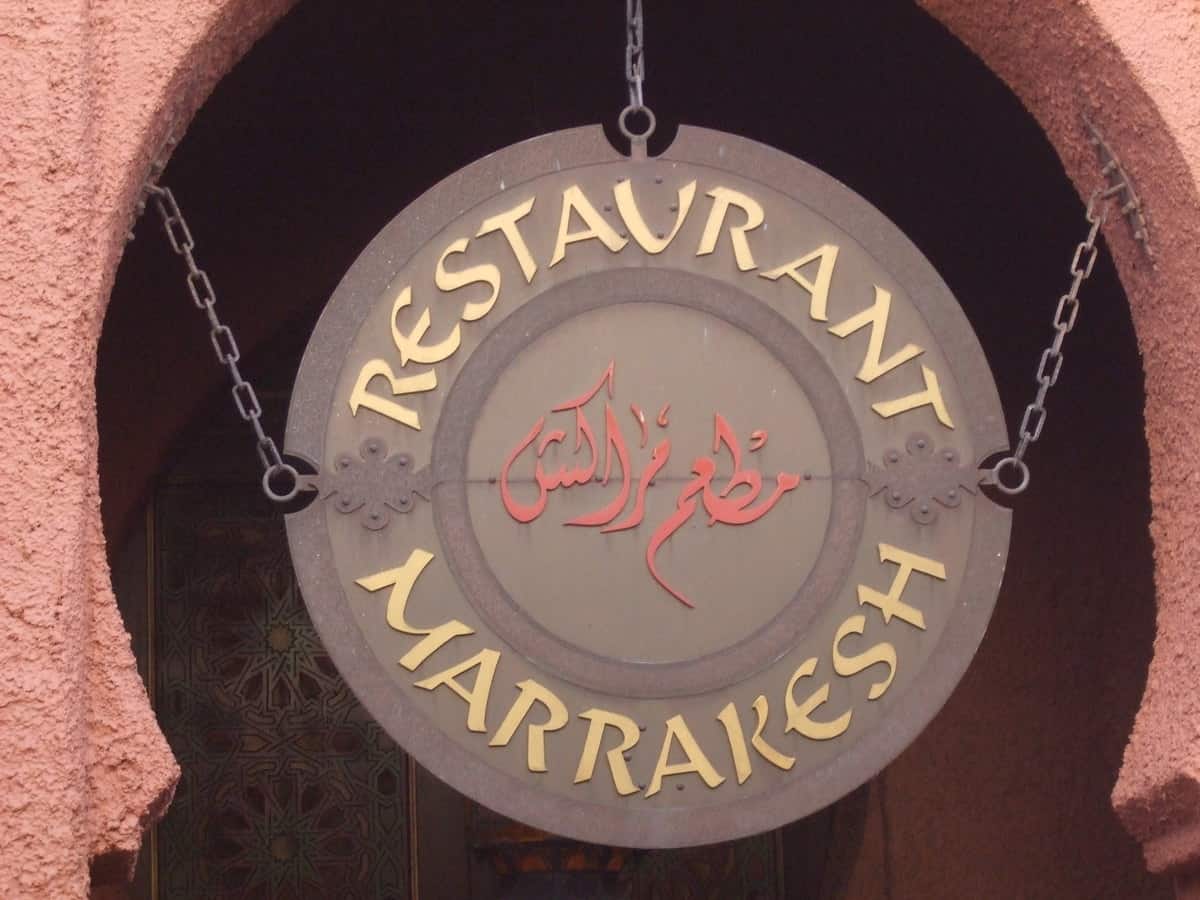 It was a Friday evening when we headed to the Morocco Pavilion at Epcot’s World Showcase. Our reservation was for 6:40. We showed up about ten minutes early and were seated right away. Our waiter, Hicham, was very friendly. I had looked at the menu online and asked him if the Couscous with Vegetables was vegetarian. He explained that it is but it is not vegan because it is made with a small amount of butter. My daughter and I decided to split an order because we often split entrees. My husband chose to make his meal from the appetizer list and ordered the Seafood Bastilla.

We only waited a minute or two before Hicham brought our requested waters and a basket of bread with butter on the side. The bread was flat but was still made with yeast, the thin inside was nice and light. It was served warm but not warm enough to melt the butter.

Before long our meals were brought to us. They gave us a second plate so that my daughter and I could share. The couscous was quite good. It is a dish that I have had before but not really all that often. Couscous is a type of pasta and it was cooked to perfection. The vegetables on top were plenteous. They were well done (my guess would be that they were boiled) but still full of flavor. My daughter, who tends to be picky, especially liked the dish. There was plenty of food for the two of us. My husband was satisfied with his Seafood Bastilla. It was enough for a meal instead of just an appetizer. There were two rolls of pastry and they were stuffed with seafood. They were served in a white sauce that looked like it had dill in it but as a strict vegetarian I did not taste it.

We decided to order dessert. We picked the Moroccan Symphony and Bastilla for Two. We split both three ways. The Moroccan Symphony was three small pieces of baklava and was quite good. The Bastilla was big enough for a small army, it was way too big for three, let alone two. A large pile of pastry was topped with a vanilla cream and surrounded by almonds. It was good but way too much.

Restaurant Marrakesh is known for its entertainment. Partway into the meal two gentlemen came to the stage and played a couple of songs. Then the belly dancer appeared. She was there for one solo dance and then invited the children at the restaurant up to the center to join her. The little girl (probably about four years old) at the table next to ours was mesmerized by her. She went up with the other children and was still dancing as she returned.

F-Food- Excellent. We were pleased with the vegetarian choice and my husband was happy with his selection. I’d order the baklava over the Bastilla for dessert.

A-Atmosphere- Gorgeous. It is set to look like the inside of a palace and it really does have the feel.

S-Service- Very good. Hicham was attentive and answered our questions. Even though we arrived early we did not wait for a table.

T-Tips- Ask for a table near the stage if you want to see the belly dancer. 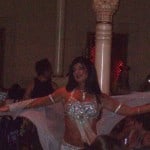 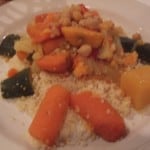 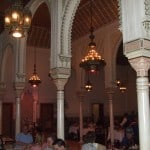 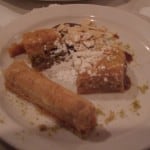 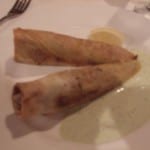 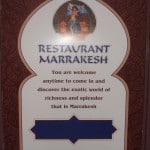 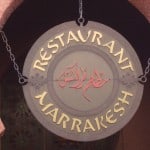