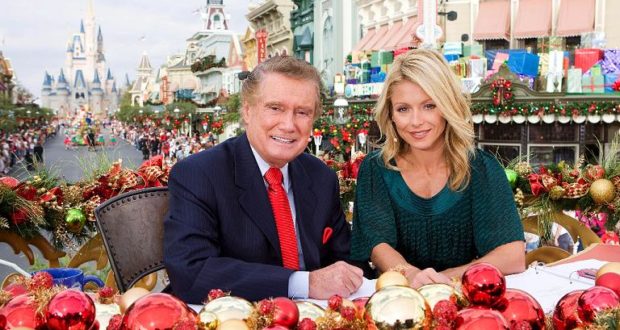 We are sad to hear the news today that Regis Philbin has died. The beloved star was 88. According to PEOPLE, the longtime television host died on July 24. “We are deeply saddened to share that our beloved Regis Philbin passed away last night of natural causes, one month shy of his 89th birthday,” his family shares with PEOPLE in an exclusive statement on Saturday.

As shared by Disney Fandom, Regis Philbin was an American media personality, actor, and singer, known for hosting talk and game shows since the 1960s. For Disney, Regis voiced Typhon in the Hercules episode “Hercules and the Return of Typhon”, and himself in the Lilo & Stitch: The Series episode “Drowsy”. He also hosted the Disney Parks Christmas Day Parade in the Magic Kingdom from 1991 to 2008, was one of the celebrities featured in Superstar Limo and appeared as a guest star in the Phineas and Ferb spin-off Take Two with Phineas and Ferb.

On ABC, he was also the former host of Live with Regis and Kelly, as well as the primetime U.S. version of Who Wants to Be a Millionaire?, an international game show franchise that originated in the United Kingdom in 1998, and premiered in the United States in 1999. He also appeared in Single Parents.

You will be missed Regis! Our thoughts are with the Philbin family.