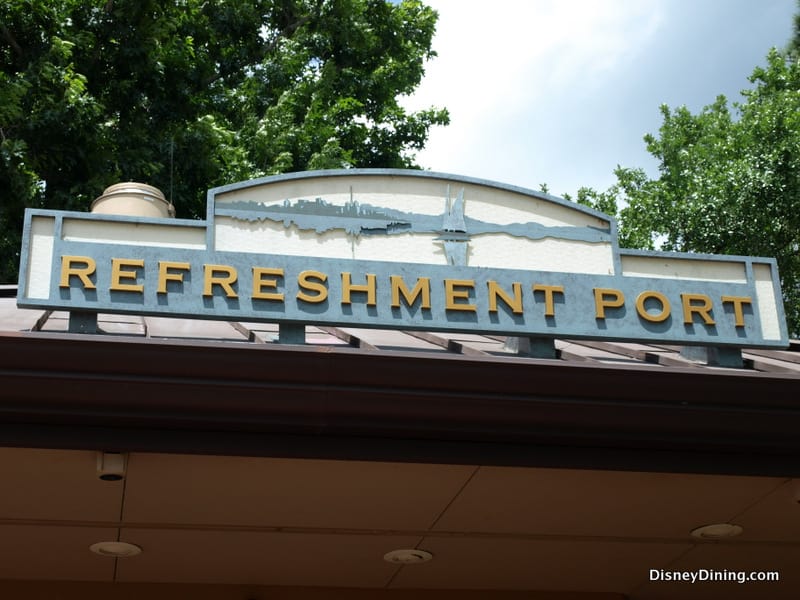 Epcot celebrates technological innovation as well as cultural diversity, making it one of the most interesting and entertaining Disney parks to explore. But part of what makes Epcot so enthralling is the food. From the Food and Wine Festival to everyday quick service stations, Epcot’s dining options put it at the top of the list for many Disney-Goers, including this reviewer.

Refreshment Port, though simply a hut with a quick service counter, is a prime example of humble, yet delicious dining along Epcot’s World Showcase. And in spite of its lack of national affiliation, this place does not disappoint in any respect. With crispy fried foods, frozen alcoholic drinks, and iced specialty coffees that parallel Starbucks, Refreshment Port is nothing but good eating on the go.

Approaching from Future World, we made our way toward Canada, stopping in at Refreshment Port before starting our trek around the countries. With two lines that resemble attraction queues and a generous overhang, the design of the little hut facilitated a surprising number of people and even made for a good place to hide out when the rain rolled through. Aside from all that, it’s a great place to either start or finish your journey around the World Showcase due to its ever convenient locale.

Initially, we went with the intention of grabbing something to snack on, but we soon found that there were actually some substantial entrees worth indulging in. Though the Crispy Fried Shrimp basket looked succulent and sizzling, we opted for the Spicy Fried Chicken Sandwich, hoping it would deliver a kick uncustomary of quick service.  While it wasn’t as robust as we had hoped for, the chicken was thick and juicy, with plenty to bite into. The Swiss cheese was a delectable topper, the veggies were fresh and even the pickle had a pointed deliciousness to it. And at the usual $8 and $9, the food and drinks here really aren’t too farfetched. It’s good food for a good price. What more could you ask for from a quick service station?

Although there is little that can be said about chicken and French fries, there really are several great grabs here, and the fact that they offer Frozen Bacardi Mojitos and a plethora of specialty coffees only puts the icing on the cake.

In the end, Refreshment Port may be quick and simple, but it does a good job of providing some tasty good and drinks in a variety of ways. Whether you are looking for bite-sized and shareable or hearty and hunger-quenching, this little place won’t disappoint. So next time you’re strolling the World Showcase, stop in and see what it has to offer!

Food: Specializing in the crisp of fried foods, Refreshment Port offers a few scrumptious entrees that are perfect as meals for one or snacks for many. Try the shrimp basket for a bite-sized delicacy or indulge in a juicy chicken sandwich, and don’t forget your iced coffee to help you get through the tiresome heat.

Atmosphere: Refreshment Port is settled into a cozy corner near the Canada Pavilion, and makes for a convenient locale for snacks and drinks. No matter which direction you are heading, the port allows for a quick pit stop and a bit of refueling by way of delicious food baskets.

Service: Quick and accommodating, the cast members at Refreshment Port were more than happy to assist with a special order and served up a smile every time, in spite of a mob of people that formed under the small hut to avoid rain.

Tips: When starting the trek around the countries, head toward Canada first and pick up a snack to munch on while you walk. Or pick up something tasty as you come to an end at Canada. Hang a left after Refreshment Port and head toward The Land, where the tomatoes, pickles, and lettuce come from. 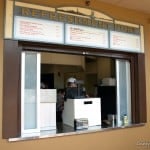 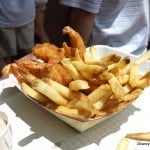 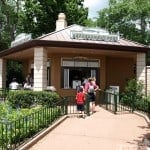 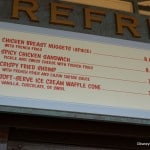 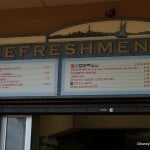 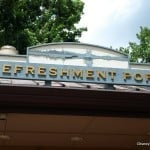 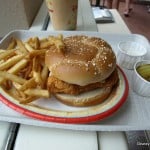