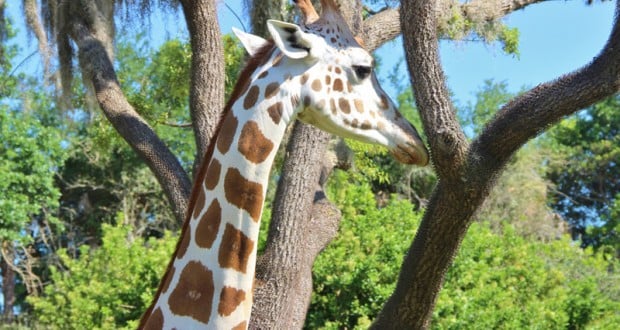 What Is Really Going On At Kilimanjaro Safaris? 10 Things We Discovered

Kilimanjaro Safaris is one of those attractions that is different every time. How is that possible? Because the animals are free to roam, some in areas directly open to the KS ride vehicles, allowing interaction as they cross the road or come near the vehicles giving guests a close up view. Another element that brings a different experience is the perspective of the driver/guides. They all learn the same spiel, but some are more relaxed, or more specific, more humorous, more adept at finding the animals, etc. I have been on dozens of these excursions and can honestly say that they have all been different. Taking photos that are different due to where you are sitting in the open-sided truck, how the driver determines your speed of movement, the animals moving around, light, and of course your own perspective are other factors in each experience.

10. Upon boarding, you will see a picture chart above you showing all the different animals you may see on your Safari. There are over 30 types of animals and birds on the tour. Among the animals who live on the Reserve: African Elephants, Black and White Rhinoceros, Thomson’s gazelles, Nile Crocodiles,  Baboons, Reticulated and Masai Giraffe, Greater Flamingos, monkeys, warthogs, mandrill, cheetahs, hippopotamus, lions, okapi, addax Greater Kudu, Sable Antelope, Ankole Cattle, Pelicans and zebras. Keep your camera ready! The drivers are not told to stop for photos, but they occasionally do.

9. My favorite animal on the Kilimanjaro Safari is the African Elephant, the largest land animal on earth. They can hold up to 3 gallons of water in their trunks, which is quite a super soaker! They have two fingerlike protrusions at the end of their trunks that help them pick up things. Females can become pregnant only in one 3-6-day period every four years. Their gestation period is a long 21 months. When planning this area for the elephants, Disney designers thought ahead to make it safe for babies, way before any babies were on the scene. There have been two male and two female baby elephants born on site. There is a secluded pond for the babies to safely be taught how to swim. Disney’s Animal Kingdom has the top of the list class of animals here, the largest, fastest, biggest horn, rarest-these types of animals for you to view in an enriched habitat on the Safari and in the Maharajah Jungle Trek and the Pangani Forest Trail Expedition near the Safari. You don’t want to miss the wildlife in the Oasis near the front of the park either.

8. The Baobab Trees dot the landscape. These odd trees look like they are upside down, their naked branches reaching up look more like tree roots. The trees are massive in their trunks. (Spoiler: the ones seen at this attraction are not real, they are concrete, and are used to store extra feed, lawnmowers, or whatever they need to store. There is one live Baobab Tree located near Tusker House in Harambe Village.) The termite mounds and ostrich eggs are also made of concrete. The animals are very real!

7. That bridge you go over, that looks, and feels like it is on its last legs, and you feel parts of it dropping out beneath your safari truck, actually only performs this action if your driver slows down to 5 mph or below.  If your truck was held up by an animal on the road, your driver may decide to go faster across the bridge and you won’t experience that rickety feeling on that excursion.

6. February, 2012-Zebras arrive. They needed time to acclimate and calm down. It is reported that they were fighting each other and acting aggressively toward a baby antelope. This group of zebras was chosen to be brought in together, to minimize any trouble with the herd. The Zebras were isolated and then their area was opened in the fall of 2012.

5. If any animal is intent on “getting out” it is isolated and placed in a more controlled area, such as near the Animal Kingdom Lodge that has more defined barriers.

4. Kilimanjaro Safaris is the largest Disney Park of any in the world. You could easily fit all of the Magic Kingdom inside the Safari attraction. Walt Disney originally wanted to have real African elephants on the Jungle Cruise ride, but later changed it to Audio-Animatronics. I think he would be happy to see this Safari in his park today.

3. Animals are actually “called in” at the end of the day by auditory signals. The hippos respond to a triangle, the elephants obey the drum beats, the giraffes listen for the cowbell, zebras await a sports whistle, the crocodiles respond to a metal bar being struck under water, other hooved animals respond to a horn and the Thompson’s Gazelle actually respond to a duck call!

2. The custom made GMC Safari Trucks are priced at $100,000.00 each! The long rider portion is made to bounce its way through the jungle, savannah, etc., but the Driver/Guide section is mounted separately, reducing the wear and tear on the Cast Member driving this Safari loop for many hours a day. The trucks originally had hard bench seats, but thankfully, added padded backs and seats making it a bit more comfortable ride. Be kind to your Driver since he/she has been out there on the safari for many hours already. Feel free to ask questions as your driver, also your guide, has learned more information about the reserve than they have time to share with you on a single trip.

1. You are grouped into a long seat on your giant Jeep vehicle.  You depart and your guide welcomes you to your “two week” safari trip.  You will splash through rivers, cross bridges, find potholes (that were put there in concrete, on purpose). That bouncy road surface was indeed created in the color of mud, rolling truck tires through it, throwing in a mix of sticks and stones to create a realistic look and feel.  Perhaps the most amazing part is that all the animals appear to be free-roaming, but they are safely contained in their areas, otherwise they would do what comes naturally to them in the east African savannah-hunt each other. The design of the habitats was of utmost importance to the design team. They want us to experience these regions and these particular animals, in the most natural way we can, while removing the danger to us and the animals in equal consideration. The zoological operations use the man-made rocks, hills, logs, whatever they need to keep snacks, signals, etc. from being viewed by human guests as they care for the animals.  How are we able to see wild animals, such as the lions, safely? Using the landscaping to keep the animals in their area, and out of ours, with the exception of the giraffes and a few other carefully selected groups of animals. The lions have a large “pit” area that keeps them in check. The pit measures 18-feet deep and 21-feet wide to keep the large cats from escaping their area.  Each animal is viewed inside their “natural habitat” of a rocky ledge, forests, wetlands, and prairie land. You may see, or feel, chains on the road as you go over them that help to keep the animals from one habitat crossing over into another one.  One funny detail is that the lions, coming from an Oregon zoom, first came to Florida, they do what most visitors do, and they hide in the shade as much as possible.  Disney added air-conditioning for summer months and heat for winter months up on their stone perch to get them to come out for guests to view them, it works! The male hippos have their own wading pool, the females their own. They are separated within their animal class when necessary

Animal Kingdom is not a zoo. I avoided it for a couple of years and now I love it. You can totally spend all day here and with the addition of Pandora: World of Avatar, there’s even more to experience!

TIP: First, do your best to get FastPass+ for this on your MyDisneyExperience app or website. Ride early in the morning, or mid-afternoon to see the animals when they are most active. You will experience the bumpiest ride in the back.

·       Guests with ECV’s must be able to transfer to a wheel chair, then transfer onto the ride vehicle.

·       No height or age restrictions; caution the ride is very bumpy!

·       Two year prior to adding any animals Disney landscapers were putting in plants and trees.

·       September 1997-April 1998-a series of deaths, 29 to be exact, including otters, rhinos, cheetah cubs and a hippo brought the Department of Agriculture in to explore the cause of so many deaths. They determined that Disney was not guilty of any wrongdoing. The cause of death for these animals were found to be a range from maternal neglect to fighting among themselves.

·       June 4, 1998-CBS reported on a Safari Hippo that was found dead, likely from an aggressive bacterial pneumonia

Nearby restaurants: Tusker House, in nearby Harambe Village, is a table service restaurant offering lunch and dinner, reservations strongly suggested. Harambe Fruit Market is opposite the entrance to Standby line. You can find bottled beverages, pretzels, fresh fruit, and snacks here. Dawa Bar, a full-service bar is located in the village as well as Kusafiri Coffee & Bakery, TamuTamu refreshments (counter service) and beverage kiosk with frozen drinks, soda, and beer.

Gift shops, face painting, and street entertainment are also in Harambe Village, the area right around the entrance to Kilimanjaro Safaris. Be sure to visit the newest expansion of Harambe Village where Festival of the Lion King is showing daily. 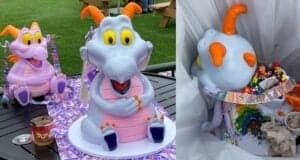 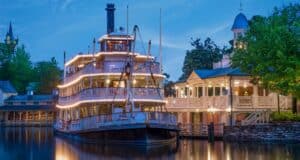 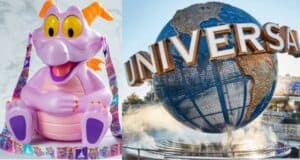