EPCOT’s newest attraction, Remy’s Ratatouille Adventure in the France pavilion on the World Showcase was forced to evacuate Guests yesterday.

At this time, there’s no official word from Disney World about what happened within the attraction to cause its malfunction or failure and the subsequent disembarking of Guests who were aboard the ride at the time. 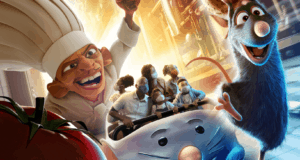 The newest member of the attractions family at EPCOT has an official opening date of October 1, the same day Disney World’s Most Magical Celebration on Earth kicks off. But some Guests have gotten a sneak squeak–I mean sneak peek–recently, as the ride is going through its Passholder and D23 Member Preview. 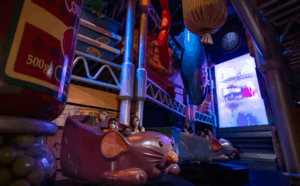 The breakdown yesterday was not the first for the brand-new attraction at EPCOT. A similar scenario took place on Wednesday of this week. The attraction was evacuated due to issues with the ride.

Win preview of Ratatouille… Only to get caught in a torrential downpour leaving you soaking wet then finally getting on the ride and it breaks down and we get evac'd 🥲 pic.twitter.com/fkQf52VclQ

Another Ratatouille evacuation took place about a week ago as well.

Guests have been enjoying the Ratatouille-themed attraction at Disneyland Paris for a few years now, and they are no stranger to ride failures, breakdowns and evacuations.

Throwback to 2018 when the ratatouille ride at disneyland paris broke down and we got evacuated pic.twitter.com/q0fT0OHdm0

Remy’s Ratatouille Adventure for Walt Disney World was first announced at the 2019 D23 Expo. It’s the first ride to be built at the France pavilion on the World Showcase at EPCOT.

“Feel like you’ve shrunk down to Chef Remy’s size for a 4D culinary adventure based on the Disney and Pixar film Ratatouille. When you’re small, life is a big adventure!”

But for Guests at the previews, the adventure began early–an adventure of ride malfunction, failure and evacuation.

Hey, it makes for a good story, and it’s something those passholders, Cast Members and D23 Members won’t soon forget! You can have your very own adventure in the kitchen with Remy when the ride officially debuts on October 1!