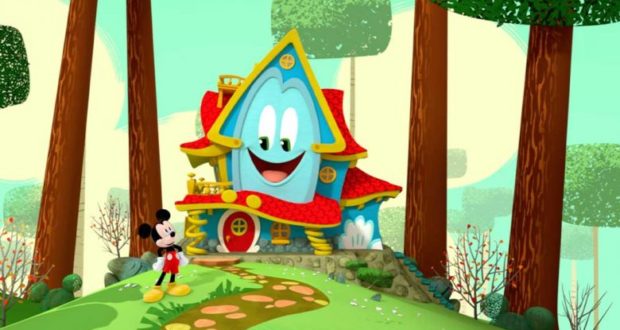 If you have a little one that can’t get enough Disney Junior, it looks like they’ll have a new reason to get excited as production begins on Disney’s Junior’s “Mickey Mouse Funhouse”!

As shared by D23: Our friends at Disney Junior have just announced that production has begun on Mickey Mouse Funhouse, a whimsical animated series that will introduce Funny, an enchanted talking playhouse who leads Mickey and his pals—Minnie, Donald, Daisy, Goofy, and Pluto—on imaginative adventures. The new series, which is geared toward preschoolers and their families, is slated to debut in 2021.

“Preschoolers around the world love Mickey Mouse and friends, and we are eager to showcase these beloved characters as they are transported to magical new destinations in each episode, encouraging kids to expand their own worlds using their imaginations,” Joe D’Ambrosia, senior vice president, Original Programming, and general manager, Disney Junior, said. “We can’t wait for our young audience to meet Funny, who is a dynamic and playful addition to the treasured world of Mickey Mouse.”

Each episode of Mickey Mouse Funhouse will include two 11-minute stories separated by a dance break that’s sure to get everyone up and moving. The series will demonstrate imaginative play, encourage wish fulfillment, and impart age-appropriate social and emotional lessons about friendship, creativity, and ingenuity.