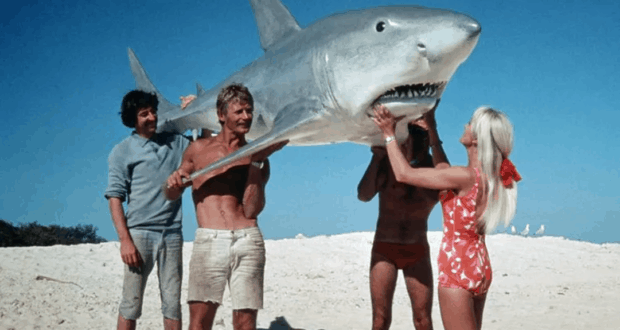 Playing With Sharks Captures the Majestic Nature of Sharks

Playing With Sharks: The Valerie Taylor Story is a new documentary coming to Disney+ as part of Shark Week.

The film explores the life of scuba diver Valerie Taylor and brings her role of an activist of sharks to the forefront of the film. This isn’t a typical documentary, but instead Taylor provides years of actual achieved footage from her adventures and encounters to help reinforce her message.

Part of the documentary dives into her work on the film Jaws. Taylor and her husband both helped on this film and clearly weren’t aware of how the film would be received by the audience. Taylor spent a long time in interviews afterwards trying to help change the public’s mind but it seems that her swimming with sharks is really what helps change opinions about them.

Whoever watches the documentary will hopefully gain a better understanding fo sharks or as Taylor states, “Nature’s perfect creatures.”