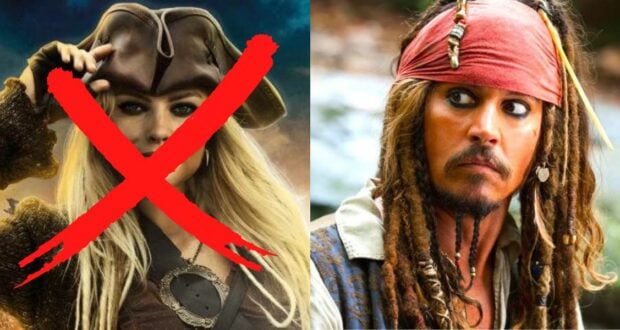 ‘Pirates of the Caribbean’ Movie Is “Dead at Disney”

Actress Margot Robbie recently reported her female-fronted Pirates of the Caribbean film is no longer happening with The Walt Disney Company.

According to a report by Variety, the “female-fronted “Pirates of the Caribbean” movie is dead at Disney.” Although the Disney studio has yet to comment, the lead actress in the “Pirates” film has revealed the film is being scrapped.

Robbie states, “We had an idea and we were developing it for a while, ages ago, to have more of a female-led — not totally female-led, but just a different kind of story — which we thought would’ve been really cool.” “But I guess they don’t want to do it.”

In 2020, it was revealed that Disney was in the early stages of development for a “Pirates” film that would feature Margot Robbie as the star. In addition to this female lead “Pirates” film, there was also discussion of an addition of a “Pirates of the Caribbean 6” movie to continue the franchise without the famous Johnny Depp as Captain Jack Sparrow.

According to Jerry Bruckheimer, who produced all five “Pirates” movies starring Johnny Depp, the projects were in development. Bruckheimer stated in 2020, “Yes. We’re talking to Margot Robbie. We are developing two Pirates scripts — one with her, one without.” Furthermore, Bruckheimer stated Depp will likely not be back for the films, stating, “Not at this point. The future is yet to be decided.”

RELATED: Johnny Depp vs. Amber Heard Trial Being Made Into a Movie

While we know some details about the sixth film in the Pirates of the Caribbean, it seems like we can scratch Margot Robbie’s lead “Pirates” film off the future franchise list.