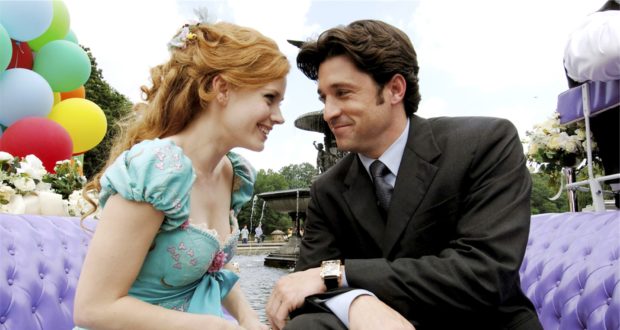 It was revealed last year that Patrick Dempsey would be returning to his role as Robert Philip in the Disney+ Original Film Disenchanted. This film will be a sequel to the popular Enchanted. Now, in an interview with Variety, Dempsey revealed he would be singing as well.

Dempsey said: “I’ve been talking to director [Adam Shankman]. The story is getting better and better. There’s a great cast coming together. And the musical numbers, I get to sing and dance. To work with everybody again after 14 years is just really exciting. We need some escapism right now. We need those romantic comedies and those musicals to get people out of the doldrums that we’re in.“

Dempsey says that he will be singing for the first time in the film as well: “I just finished Season 2 of “Devils” in Rome. Now I can focus 100% on that. I will be singing for the first time. I’ve never ever sung publicly — for a reason. So bear with me. I hope the fans embrace it. But they’ve set me up for success and the lyrics are really fun. The numbers have really great choreography. And the premise is going to be interesting.“

We can’t wait to see what new numbers will be in the film.