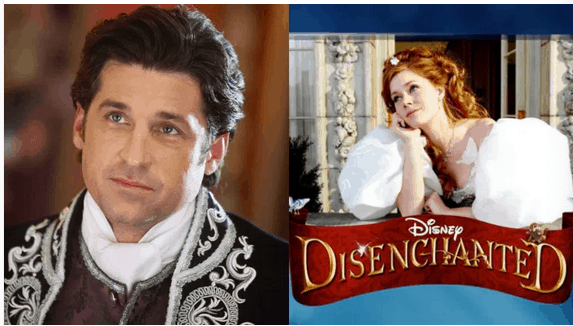 “Enchanted” is a fan favorite and we were so excited when it was announced that a sequel will be coming to Disney+ and Patrick Dempsey will be back!

We have now exclusively learned that Patrick Dempsey, who played Robert Phillip, will be reprising his role in this film. In addition, we are hearing that the character of Morgan, Robert’s daughter, will be returning as well, though no casting has been confirmed. The studio is also looking for an actress to play a new villain in the film.

Titled Disenchanted, this sequel will feature the return of Amy Adams as Giselle and will be directed by Adam Shankman of Hairspray. Also returning are Alan Menken and Stephen Schwartz to write new songs for the film.

The original Enchanted follows an archetypal Disney princess character, Giselle, as she steps out of her animated world into the rough live-action world of New York City. Starring Patrick Dempsey, James Marsden, and Idina Menzel, this film was a huge hit upon its release, grossing more than $340 million worldwide.

We can’t wait to see what this new movie brings to the story!