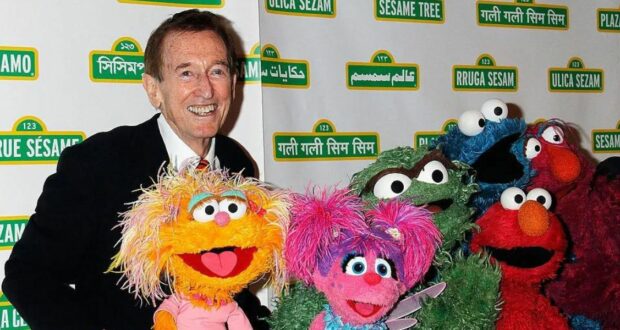 Sunny day, sweepin’ the clouds away. On my way to where the air is sweet. Can you tell me how to get? How to get to Sesame Street?

One of the most iconic children’s shows ever created was Sesame Street, a fun and educational show that featured the residents of the famed area, including Big Bird, Elmo, Cookie Monster, Oscar the Grouch, Bert, Ernie, Grover, and more. The stories told on Sesame Street were not only told by puppets, but there were also a number of special Guests who appeared on the show, as well as regular cast members. One of those cast members was Bob McGrath, who played friendly Sesame Street neighbor, Bob Johnson.

Sadly, we have learned that McGrath passed away at the age of 90. Hello Facebook friends, the McGrath family has some sad news to share. Our father Bob McGrath, passed away today. He died peacefully at home, surrounded by his family

The Sesame Workshop, the company behind Sesame Street, also shared news of McGrath’s death, as well as a message of condolence to his family and loved ones.

Sesame Workshop mourns the passing of Bob McGrath, a beloved member of the Sesame Street family for over 50 years. A founding cast member, Bob embodied the melodies of Sesame Street like no one else, and his performances brought joy and wonder to generations of children around the world, whether teaching them the ABCs, the people in their neighborhood, or the simple joy of feeling music in their hearts. A revered performer worldwide, Bob’s rich tenor filled airwaves and concert halls from Las Vegas to Saskatchewan to Tokyo many times over.

We will be forever grateful for his many years of passionate creative contributions to Sesame Street and honored that he shared so much of his life with us.

We will be forever grateful for his many years of passionate creative contributions to Sesame Street and honored that he shared so much of his life with us.

The Sesame Street actor was a member of the Sesame Street family since the pilot episode aired in 1969. McGrath continued with his role for 50 years and 47 seasons of the show. In addition to being in the regular show, he also appeared in a number of specials, including Sesame Street Stays Up Late, Elmopalooza, Big Bird’s Birthday Cake, Learn Along With Sesame, Guess That Shape and Color, and many more.

While Bob stepped away from the show in 2017, he continued doing events around the country for the children’s show that shaped his life.