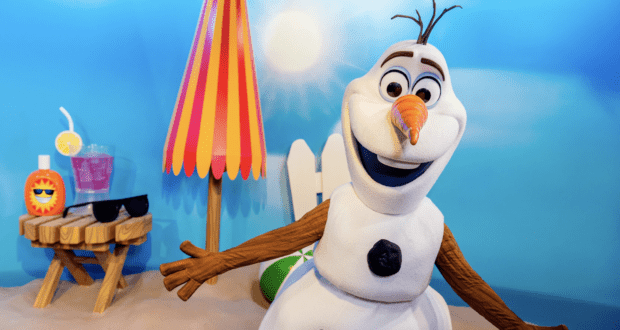 His name is Olaf and he likes warm hugs. Fans were first introduced to the adorable snowman in the 2013 film Frozen, and he became an immediate hit. In fact, Olaf — voiced by Josh Gad — was so popular that he has starred in a number of his own series, including Frozen Fever, Olaf’s Frozen Adventure, At Home With Olaf, Once Upon a Snowman and Olaf Presents. 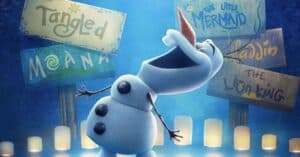 In addition to being seen on screen, Olaf could also be found at his very own meet and greet in Disney’s Hollywood Studios for years. The meet and greets stopped when the Parks shut down, and the Olaf meet and greet is one that has not returned in the year and a half since the Parks have reopened. But that is about to change.

According to the Walt Disney World website, the Olaf meet and greet will open to Guests once again beginning January 15. Olaf will then be available for meet and greets daily from 10 a.m. until 5 p.m. It is important to note that the Olaf meet and greet, like the other character interactions throughout Magic Kingdom, Animal Kingdom, EPCOT, and Hollywood Studios, will be socially distanced to keep Guests and Cast Members safe. 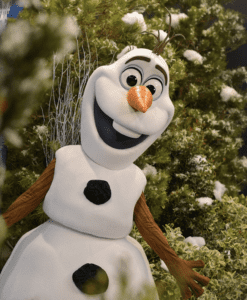 Here is more information on the Olaf character meet and greet:

Giggly, goofy and totally cool… love means putting someone else’s needs before yours, so catch Olaf before he melts!

Meet the lovable snowman who dreams of chilling on the beach and all things summer! This April, Arendelle’s hottest, sun-lovin’ VIP steps into the Celebrity Spotlight in the Echo Lake district at Disney’s Hollywood Studios to take pics, sign autographs and give hugs to friends old and new.

See for yourself why Anna and Elsa love him by bringing back summer—because some snowmen are worth melting over! 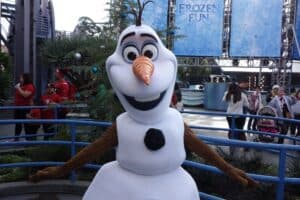 Which character do you love to see while visiting Hollywood Studios?

2022-01-12
Krysten Swensen
Previous: Despite Hours-Long Wait, Tickets Still Available For All Disneyland After Dark Events
Next: Oops! Disney KiteTails Kite Ends up in the Trees