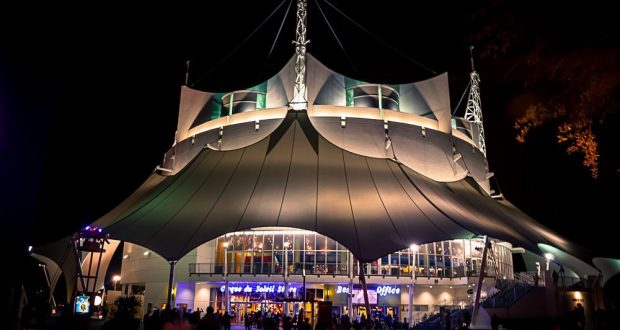 We’ve been eagerly awaiting the reopening of Cirque du Soleil at Walt Disney World’s Disney Springs since it closed the show “La Nouba” on December 31, 2017. The new show, “Drawn to Life” presented by Cirque du Soleil® & Disney, has been highly anticipated. Closures due to COVID-19 have altered plans however.

According to Las Vegas Review Journal: “In a move that would have been unheard of even a year ago, Cirque du Soleil, the Las Vegas Strip’s preeminent production company for more than two decades, has filed for bankruptcy protection. The company, which has six productions on the Strip, announced Monday morning from its headquarters in Montreal it was seeking a debt restructuring protection under its home country’s Companies’ Creditors Arrangement Act (CCAA).”

As expected, the company said in its filing announcement the refinancing move was “in response to immense disruption and forced show closures as a result of the COVID-19 pandemic.”

According to the Cirque du Soleil website: “CDSEG is not bankrupt, and rather sought court protection from its creditors under the Companies’ Creditors Arrangement Act (CCAA) in Canada and Chapter 15 in the US, in order to avoid bankruptcy.”

“All performances are still on pause. Performances will resume once the pandemic is under control, pending an easing in government lockdowns and travel restrictions, and in accordance with the new corporate structure in place. Tickets for suspended and rescheduled performances remain valid. Ticket holders are advised to hold on to their tickets and will receive further instructions.”

We have received no word yet from Disney on what plans are in the works for “Drawn to Life” at Disney Springs.