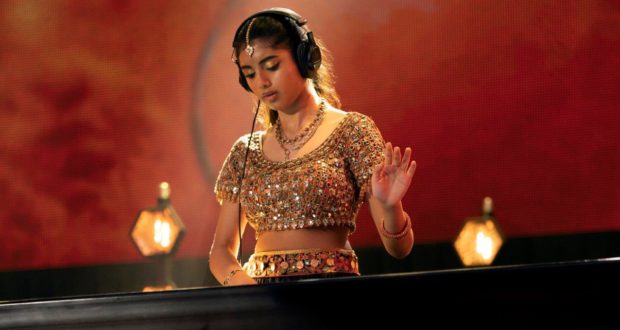 The Disney Channel Original movie “Spin” followings Rhea (Avantika), a relatable Indian American teen who discovers her passion for creating DJ mixes that blend the rich textures of her South Asian culture and the world around her. Her life gets tipped upside down when she falls for aspiring DJ Max.

Make sure you catch “Spin” to see if Rhea finds the courage to follow her talent.