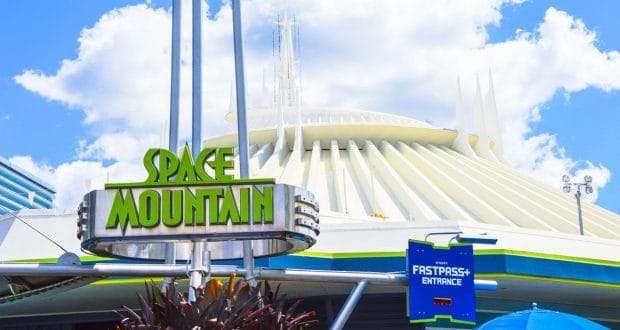 Any Space Mountain fans out there? This beloved Disney classic located at both Disneyland and Walt Disney World has been a family favorite among many for years now. Seemingly never losing it’s popularity, it seems Disney has decided to work up a new Space Mountain movie!

As shared by Hollywood Reporter: “Disney is getting ready to ride Space Mountain onto the big screen. The venerable ride is getting the movie treatment, with the studio hiring Joby Harold to write the script for what is to be a live-action adaptation. Harold will also produce with partner and wife Tory Tunnell and their Safehouse Pictures banner. Also producing is Rideback, the shingle run by Dan Lin and Jonathan Eirich and was behind Disney’s billion dollar-grossing Aladdin.”

“Logline details are being kept hidden amidst the rings of Saturn but it is described as a family adventure. The project, which is in the early stages, is intended for theatrical release.”

We’re curious to see how this one unfolds! We’ll keep you posted as we learn more about this enticing Space Mountain film.