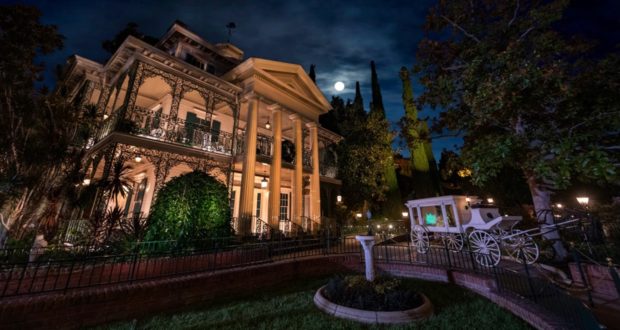 As shared by The Hollywood Reporter: Katie Dippold, perhaps best known for writing the recent Ghostbusters reboot and hit comedy The Heat, is writing a feature based on the popular ride for Burbank-based studio.

Rideback, the banner run by Dan Lin and Jonathan Eirich and was behind Disney’s billion dollar-grossing Aladdin remake, is producing what is intended to be a live-action movie.

The Haunted Mansion debuted in 1969 and was an immediate success. The premise sees theme park guests go inside a spooky and creepy manor that has a wide array of supernatural frights. It also featured a graveyard’s worth of characters, ranging from the spirit of psychic medium Madame Leota to the skeletal Bride to the cloaked Hatbox Ghost.