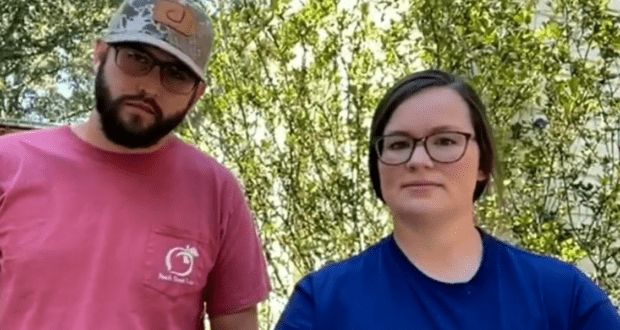 We recently reported on a family whose truck was stolen from a hotel parking lot during their Disney World vacation. Today new information has come to light and we wish it were good news. Recent reports state things have gone from bad to worse for the McClendon family since the October 17th theft.

In our earlier report we said that the family had quite a few belongings stolen from the truck including tools and electronics. A recent appearance by the McClendon’s revealed that the theft has shut down their small business. In an interview Cassidy explained that they own and operate a mobile mechanic business, which is why the tools were in the truck to begin with. The truck and tools were how the family made their living. “It really kind of shut us down pretty good – it was our business truck in more ways than one, so we are kind of dead in the water,” Ryan said.

She also went on to say that they are usually very careful and good about removing valuables. As a parent, I completely empathize with their situation. She explained that they got in late to their hotel in Lake Buena Vista and their two older children (9 and 4) were exhausted and fussing and their baby was crying and their only goal at the time was to get them to the hotel and in bed as soon as possible. Anyone who has ever traveled with children knows that struggle. She went on to say that they intended to go back down to get their things after the children were asleep but everyone was so tired that they all fell asleep. She did state that the truck was locked and they had the keys in their hotel room with them and that they had parked under a bright light. 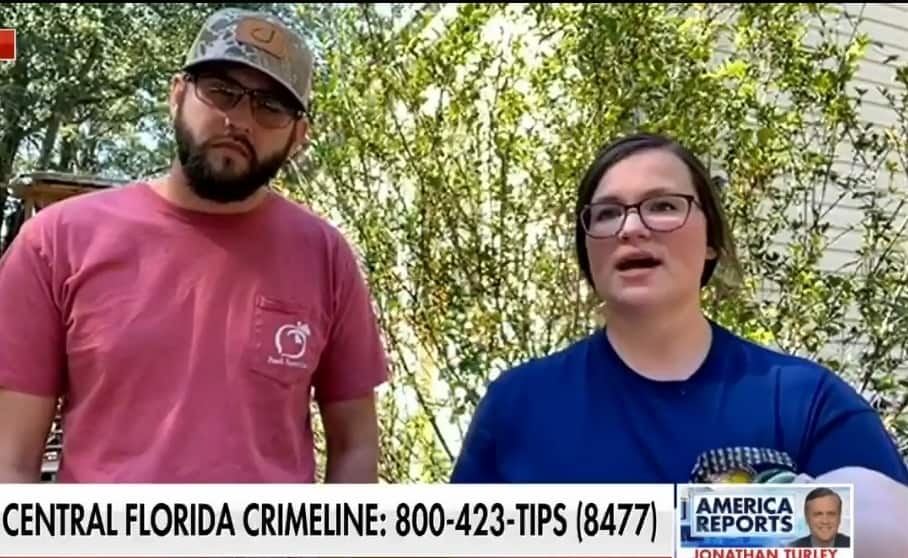 The couple filed a police report with Orlando Police who did issue a statement saying that they were actively investigating. Surveillance cameras show the family arriving at the Comfort Inn and Suites at 10:30 pm and the truck leaving the parking lot just hours later at 1:30 am. The police don’t have much else to go on and have asked anyone with any information about the theft to contact them immediately. 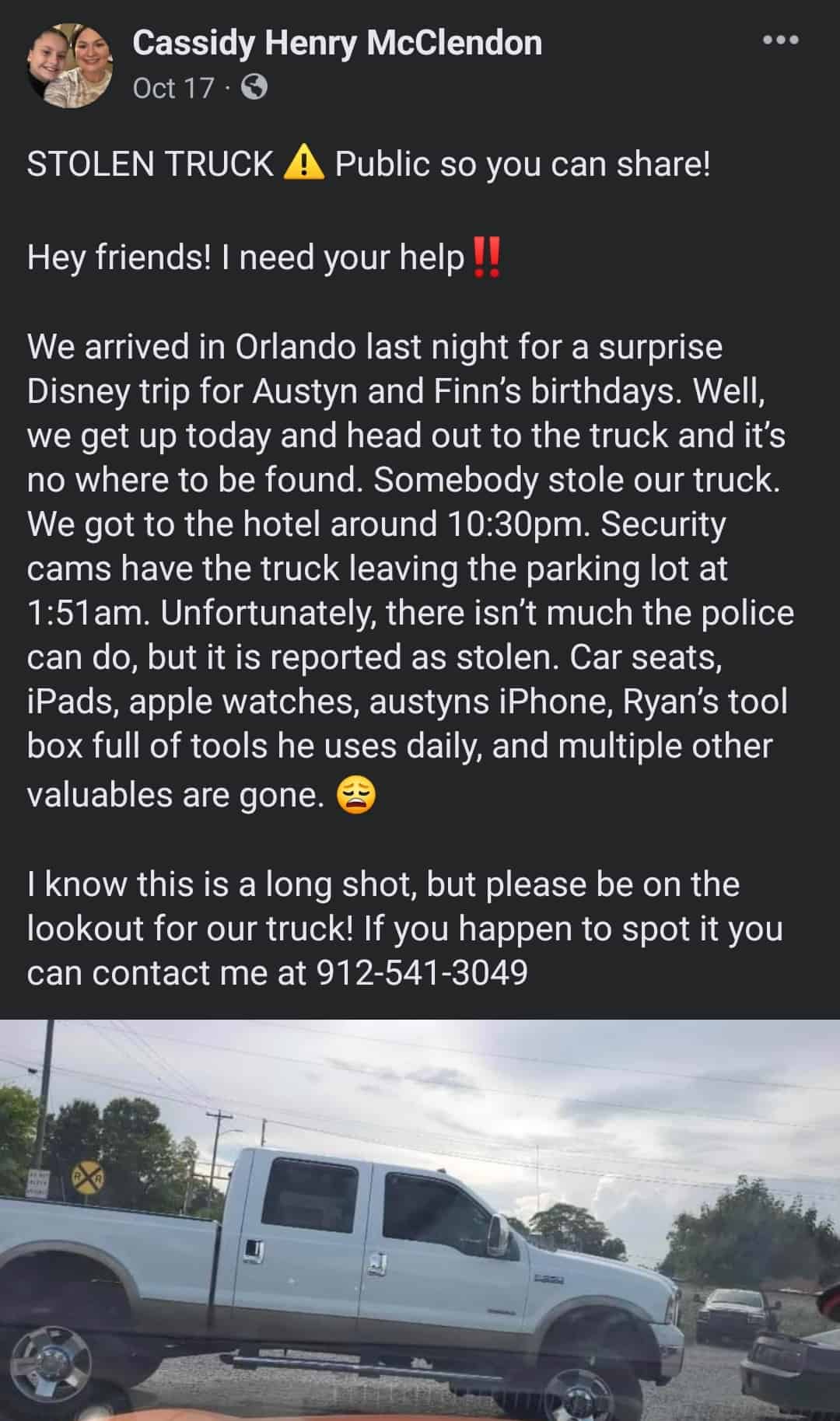