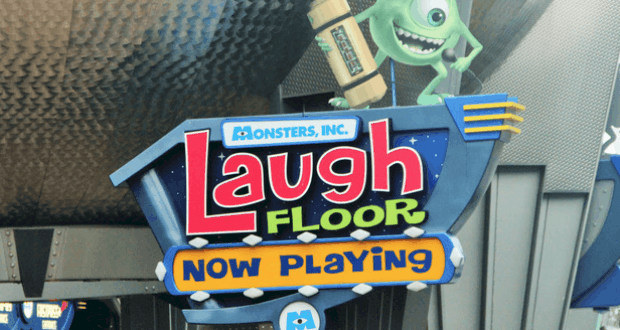 This attraction is the perfect place to go to get refreshed in the midst of a busy day at Magic Kingdom. The queue and show are in air conditioning, and you sit down for 15-minutes and get a chance to laugh, maybe even at yourself.

The queue winds around with posters of the monster stars of the show overhead. A screen tells you where to text a joke you would like to hear the monsters tell on-stage during the show you are attending. You walk through a special portal that takes you into the monster world: Monstropolis. As you enter the pre-show area through this portal make sure you look to your left to see a vending machine with treats meant for the monsters. It is just one of the many sight gags you will see. On one wall you will find a grouping of photos with a banner reading “Monsters of Comedy”. Guests are moved toward the entry doors to the theater, otherwise identified as Laugh Facility 17. While waiting in the pre-show area you will see a number of television screens. On the screen you will be told the history of the facility that it was originally designed to capture children’s screams, just as in the 2001 movie Monsters, Inc. Mike explains how they discovered laughter was more powerful than screams. It is 10-times more powerful to be exact. They capture the laughter in order to power Monstropolis. “Don’t be afraid to laugh!” informs Mick Wazowski, “Laugh as if a whole city depended on it, because it does!” You will also see examples of different kinds of humor taught at Monsters University, including Roz for what else but Dead Pan humor. The show was updated with references to Monsters University.

Once inside the theater you will find several rows of seats and in front of some rows are tables with lamps. Move all the way down, crossing over the aisle in the center if there is seating available in your row on the other side of the aisle. In the front of the theater are three large video screens and one of the cans to capture your laughs, supersized.

As guests are entering the theater the screen in front shows a spotlight of a variety of guests, one at a time, with a highlighted message typed below. It may say “Sitting next to a monster” or “Wants to get up and dance” when music starts and the crowd encourages him/her to get up and dance! There is the traditional mike check, done in a very un-traditional way. Hidden cameras make more magic happen through the rest of the show too.

The technology behind the show is an amazing fete of digital puppetry making the monsters to have real time, life-like performances which is matched with talented improvisational performers backstage. On the screen to the left you will see Roz, still giving Mick Wazowski (that’s Mike, with 1 eye/I) a hard time. Mike is the MC of the 15-minute show that pokes fun at the monsters and invokes some pretty funny exchanges with the theater audience. There are no plants, it is just regular guests who are called on to participate. There is a two-headed monster act featuring either Sam & Ella, or Mac & Cheese, which is responsible for many laughs going into the can. They are followed by Billy Boil who is “telepathetic” and has a pretty good routine reliable for many additional laughs. The following act is performed by Mike’s little nephew, Marty Wazowski, who says he is practicing to go to Monsters University. He tells some of the jokes sent in by the guests in each audience. He often calls on a kid in the audience to help him.

Every show is different since the audience, and those called on to participate, are different each time. The performers run into different reactions by audience members that may take them down different paths of humor. There is a general script, but different guests react differently to the humor. It is an entertaining show in an air-conditioned queue and theater.

There is a FastPass+ for this attraction that allows you to bypass part of the queue but you still wait to enter the pre-show area where everyone stands and you do not enter the theater any sooner or have a reserved area in the theater either. The show debuted in 2007 in Tomorrowland. Guests in wheelchairs and ECV’s can remain in them. The attraction opens with regular park hours and closes one hour prior to park close. It is most fun to go during the afternoon when the theater is full. The theater holds 400 and the show lasts 15 to 20-minutes in length. There is no age or height requirement and you won’t get wet. There are no offending jokes told either, this is Disney.

The closest restrooms are located next to Mickey’s Star Traders gift shop, a shop where you will also find a collection of Monsters merchandise. 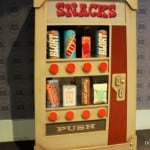 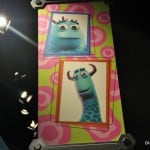 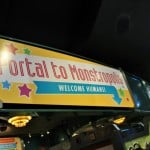 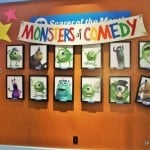 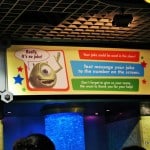 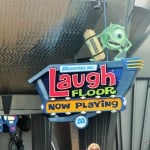 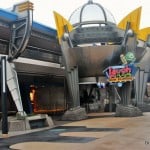 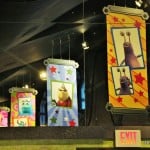 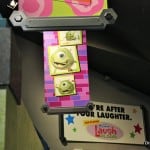 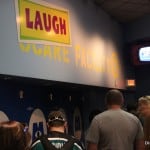 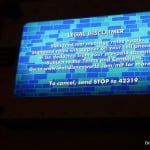