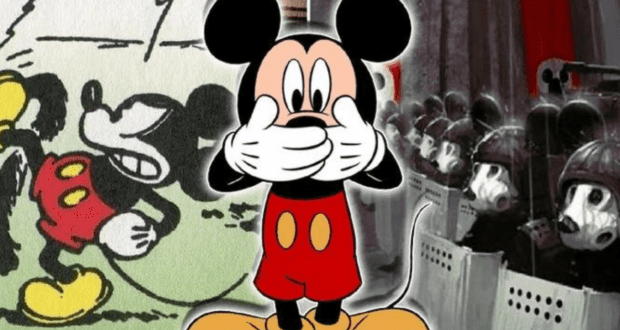 Over the weekend, a brand-new documentary about Mickey Mouse debuted at a film festival in Austin, Texas, and it details the darker side of Walt’s Main Mouse. Mickey: The Story of a Mouse debuted at the South By Southwest Film Festival in Austin over the weekend. The documentary will be available for streaming on Disney+ later this year. Directed by Jeff Malmberg and produced by Morgan Neville, the new documentary about Mickey Mouse tells the story of a cartoon character’s rise to super-stardom–and the peaks and valleys he walked along the way, valleys of which were very deep and dark indeed.

RELATED: Woman discovers that having these “Mickey ears” can be fatal

Some of the most popular offerings on the Disney+ streaming platform have been its documentaries, such as Behind the Attraction and Under the Helmet: The Legacy of Boba Fett. According to The Hollywood Reporter, Mickey: The Story of a Mouse is perhaps one of the most “polished” of the Disney+ documentaries.

The film takes viewers all the way back to the days when Walt was reeling from the loss of his rights to Oswald the Lucky Rabbit and looks at Mickey’s history through the years, including the changes his voice and appearance have endured over the years. 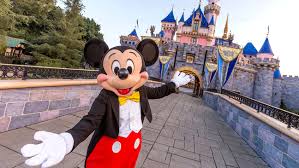 Malmberg’s documentary also features a new short called Mickey in a Minute, which is shown at the end of the film. According to The Hollywood Reporter, the short has it all:

“The short is a fun vehicle for discussing things like the importance of Mickey’s jubilant movement; little, crucial tweaks like when Mickey’s eyes were given expressive pupils; and the changes to his attitude that precipitated the introduction of Donald and Goofy, and turned Mickey into basically a tiny, domesticated suburban human for much of the 1950s.”

But no thorough documentary would be complete without including the not-so-magical side of Mickey’s history. Please don’t blame Mickey; he’s not bad, but he was drawn that way sometimes. His accurate and full history includes a wide range of missteps, some of which are included in the documentary and some which are not.

And there are many from which to choose.

In 1988, Mickey was banned from the Olympics. But long before that, Mickey’s likeness was used in war propaganda, a practice many find extremely disturbing, as described by Anthony Avina in a post at TheGamer.com when he writes that using Mickey “as an instrument to fuel one of the deadliest wars in the world’s history is shocking, to say the least.”

Avina goes on to describe several more “Mickey missteps,”  which Disney would probably rather forget because of their offensive, insensitive, or downright disturbing nature. “In 1944, an issue of LOOK magazine features an ad about sulfa and how easy it is to cure gonorrhea now thanks to it,” Avina writes. “They then use Mickey Mouse as the example of being told about it by the doctors and then showing how it was tested on other mice. Totally disturbing. He then is shown having too much and potentially dying as a result.” 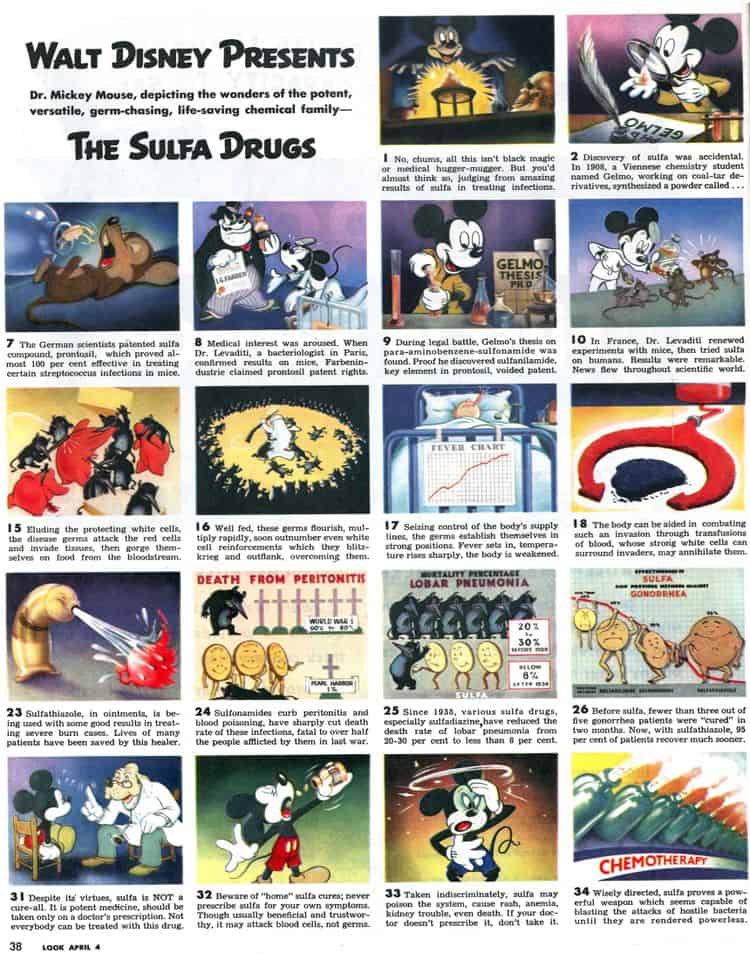 Disney once created a cartoon featuring Mickey Mouse fearing that Minnie Mouse was unfaithful to him. In desperation, Mickey contemplates several ways of ending his life–and tries a few times as well. To think that such a cartoon was ever drawn, let alone made public, is almost inconceivable today as the topic of suicide is extremely serious and should be handled as such. It’s disheartening that anyone could have treated the subject lightly. In fact, it’s extremely disturbing.

In 1993, Mickey Mouse turned 65 years old. Perhaps it was to celebrate; perhaps it had no rhyme or reason. But Mickey was one of several cartoon characters whose likenesses were painted on liquor storefronts in Seattle, Washington. It didn’t last for long, as the Washington State Liquor Control Board didn’t approve of the practice at all. Disney was even in the position of confirming that Mickey Mouse was, in fact, not an alcoholic. In at least one Mickey Mouse cartoon by Disney, Mickey is portrayed in blackface, perpetuating harmful stereotypes. In another cartoon, Mickey exhibits blatant homophobic behaviors.

The list goes on, and while it isn’t completely clear yet which of these dark corners of Mickey’s history are presented in the documentary that will become available on the Disney+ streaming platform later this year, the documentary is said to be one that looks at the good and the bad, the changes, and the things that have stayed the same about the Mouse who started it all.

Mickey: The Story of a Mouse debuts on Disney+ later this year.