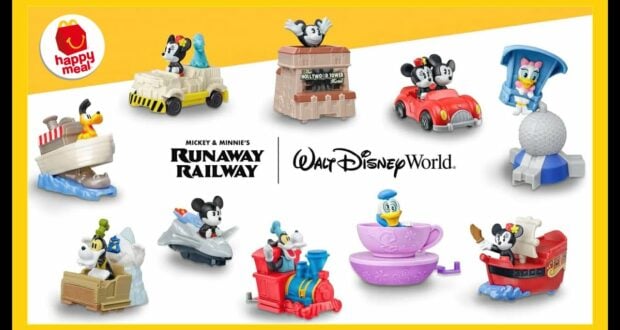 I’m loving it! And Disney fans around the country will certainly love this McDonald’s news! McDonald’s and Disney have teamed up once again to re-release a popular line of Disney Happy Meal toys that feature classic characters like Mickey, Minnie, and Goofy riding classic attractions like Disney’s World Famous Jungle Cruise, Mission: SPACE, and Expedition Everest.

The line of McDonald’s Happy Meal attraction toys first came out in 2020 to celebrate the opening of Disney’s newest attraction — Mickey and Minnie’s Runaway Railway. Unfortunately, the toys were pulled not long after their release. The original toys had come with a QR game code, but there was an error in the code and the pieces didn’t work. The re-released toys do not appear to come with the QR game code. 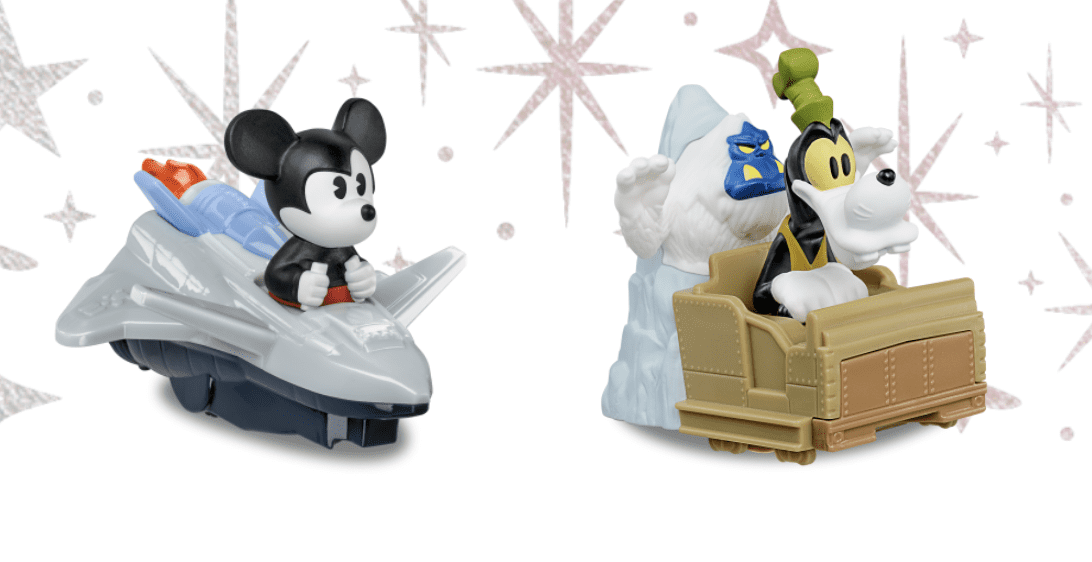 The original toys featured 10 ride vehicles, and the re-released line features eight of those, including: 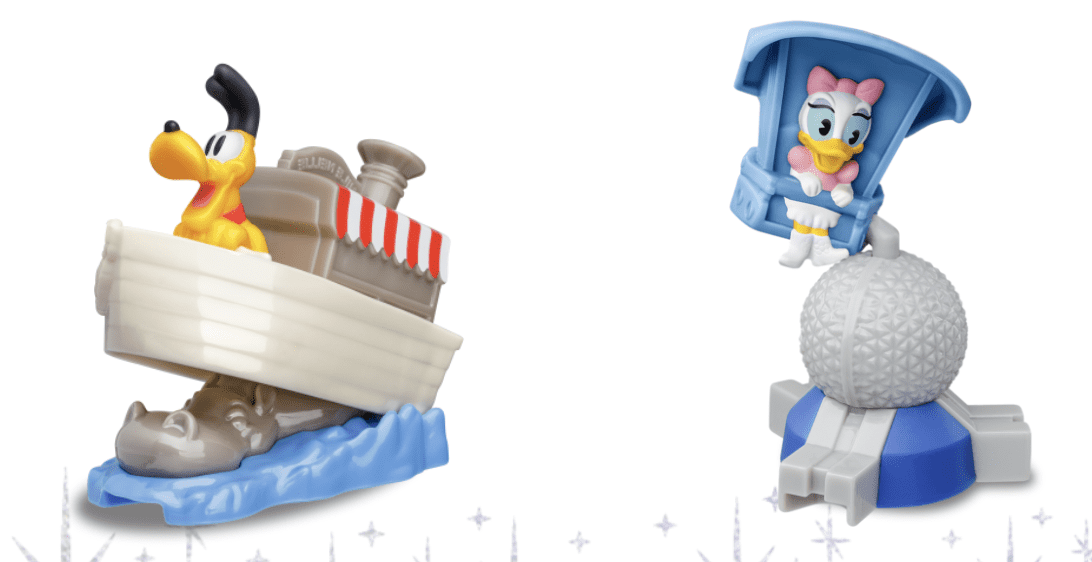 The original toy set also included Minnie riding Pirates of the Caribbean and Mickey riding Tower of Terror, but those two toys are not included this time around. Each of the toys connects to the other, so you can have the most adorable ride train around if you collect them all!

This is not the first time that Disney has teamed up with McDonald’s to give Guests amazing collectible Happy Meal toys. Last year, McDonald’s celebrated Walt Disney World’s 50th Anniversary by releasing 50 toys themed after Disney’s Fab 50 statue collection — although two of the toys were changed. McDonald’s also got in the aloha spirit just a few months ago when it released a line of Stitch toys, featuring the adorable alien from the Disney hit, Lilo & Stitch.

Which Disney ride vehicle McDonald’s toy is your favorite?

2022-05-13
Krysten Swensen
Previous: Another Disney Resort Is Adding Premier Access For Popular Attractions
Next: The Walt Disney Company plans to stay in Florida until 2024 and beyond