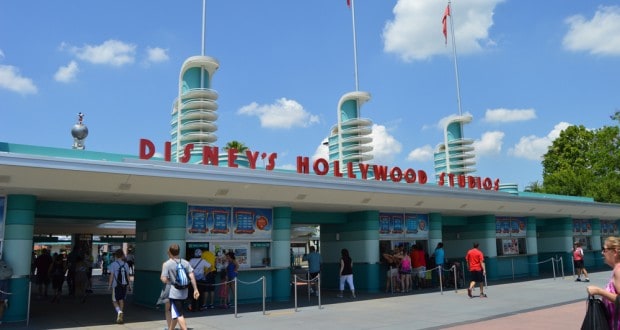 Max Out Hollywood Studios: 20 Things To Do

A lot people think Disney’s Hollywood Studios is a half-day park. I mean, it’s the smallest park at Walt Disney World, so there must not be much to do there right? Nope! This tiny park is full of attractions, shows, restaurants, and character experiences. Even with all the upgrades and facelifts the park is getting, it is by no means empty. Here are twenty experiences to fill your day at Hollywood Studios…

1. Toy Story Midway Mania: Join the Toy Story gang to play carnival games. This 3D attraction is fun for all ages, so Fastpasses are highly recommended!

2. Rock ‘n Roller Coaster: Jet off in a stretch limo, compliments of Aerosmith, through the streets of LA. This high-speed coaster rocks out to the band with three inversions.

3. Twilight Zone Tower of Terror: If you’re a fan of the old-school TV show, be on the lookout for easter eggs hidden throughout the queue (psst, especially in the lobby!).

4. Star Tours- The Adventures Continue: This attraction’s genius is that is has over 50 adventure combinations. You can experience it over and over again!

5. Muppet Vision 3D: All your favorite Muppet characters invite you into Muppet Labs to learn about their new film process, and along the way, chaos and hilarity ensue.

6. Voyage of the Little Mermaid: Relive one of Walt Disney Studios best loved films, with this stage show featuring Ariel, Prince Eric, and all the rest.

7. Beauty and the Beast Live on Stage: You’ll be singing “Be Our Guest” and “Tale as Old as Time” after seeing the Broadway style musical! Did you know that this stage show opened the very same day as the film opened in theaters? That’s pretty cool!

8. Fantasmic!: Mickey learns about the power of dreams in an amazing stage show that also features lasers, water fountains, fire, and theatrical sets. Cap it off with princesses, classic characters, and everyone’s favorite mouse as Steamboat Willie!

9. Indiana Jones Stunt Show Spectacular: Step away from the princesses and into a thrilling action adventure. Learn how the amazing stunts seen in movies are made. Try to be one of the movie “extras” during the casting call before the show starts!

10. Jedi Training Academy: Be sure to sign up for this cool experience early in the day, or the time slots will run out! Kiddos aged 4-12 will take the Jedi pledge and learn how to use the force!

11. Citizens of Hollywood: Be on the lookout for this troupe of performers to roll down Hollywood Blvd.

13. Hollywood Brown Derby: Sure, Walt Disney World is a place to be a kid again, but sometimes enjoying the finer things in life can be just as much fun. This signature dining experience is a replica of the original Brown Derby in Hollywood. Stop in here (or the lounge!) for the classic Cobb Salad, or the sinfully delicious Grapefruit Cake.

14. 50s Prime Time Cafe: Better keep your elbows off the table, and mind your Ps and Qs, because your cousin (server) will surely let you hear about it. 50s Prime Time certainly isn’t stuffy though, so go in with a sense of humor!

15. ABC Commissary: The large dining room means you can easily find a table to relax in some air conditioning while enjoying clips of America’s Funniest Home Videos.

18. Disney Jr. Pals: Your little tykes will love meeting their favorite characters from the Disney Jr shows, especially after seeing them at the stage show!

19. Chewbacca, Kylo Ren & BB-8: Head over to the Star Wars Launch Bay for awesome meet and greets with sweet Chewbacca, the evil Kylo Ren, and the tech-advanced BB-8.

20. Disney Pals: Keep your eye out for beloved classic Disney characters out about near the stage at the end of Hollywood Blvd. I usually spot Donald!

Extra!: Shopping! Hollywood Studios has cool shops that you won’t find elsewhere on property, like ones themed after Star Wars or the villains we all love to hate!

Of course, this list only covers twenty experiences to be had in Disney’s Hollywood Studios. There are plenty more things to do, see, and taste. The only way to find them all is to go the park and explore it for yourself!