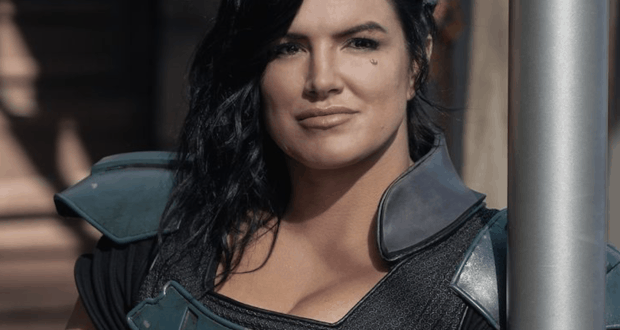 After receiving some backlash regarding her social media posts on topics such as the COVID-19 vaccine, the presidential election and other topics, actress and MMA star Gina Carano has seemed to apologize for her actions.

It’s gotten to the point where #FireGinaCarano is a regular trend on Twitter, with various reports pointing to Lucasfilm itching to get rid of the former MMA star in order to distance themselves from the bad press. According to a new piece of intel, though, it’s possible that Carano has managed to defuse the situation somewhat, as insider Daniel Richtman has shared on his Patreon page today that the actress has apologized to the studio privately for her social media behavior.

Carano has previously said that she wouldn’t back down in the face of the backlash against her, but while she might not want to publicly give in to those who’ve got it in for her, it seems she may have swallowed her pride and had some private discussions with Disney instead. Richtman writes that Carano was likely motivated to do so in the hopes of saving the plans to give Cara Dune her own spinoff series.

Last December, Lucasfilm announced Rangers of the New Republic, which seemed like a good fit for Dune given her recent new job as a New Republic marshal. And while it’s likely that she’ll turn up in that project, the Cara Dune show is reportedly something separate.

In any case, lately, Gina Carano has kept her Twitter account largely apolitical, with a surge of support recently getting #WeLoveCaraDune trending. So, if the studio is receptive to her apology, it may go ahead, after all.

Do you want to continue to see Carano in the Star Wars franchise?