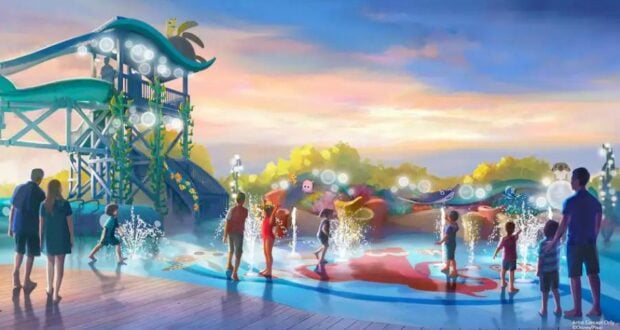 The same cannot be said for those looking to stay on property while booking a Disneyland Resort vacation. There are three hotels on property, and all of them are pretty pricey. Those three Resort hotels are Disney’s Paradise Pier Hotel, the Disneyland Hotel, and Disney’s Grand Californian Hotel & Spa.

Back in April, Disney announced that one of the three hotels would be getting a major transformation. Disney’s Paradise Pier Hotel would be getting a Pixar makeover — which followed the massive Pixar Pier opening at Disney California Adventure that happened several years ago. At the time of the announcement, Disney Parks Blog shared the following information:

Disney’s Paradise Pier Hotel will soon begin a transformation, with an all-new theme! The reimagining of the hotel will weave the artistry of Pixar into its comfortable, contemporary setting. Guests will gain a new perspective on some of their favorite Pixar worlds and characters through carefully curated artwork, and décor that reveals the creative journey of the artists who helped bring these stories to life. 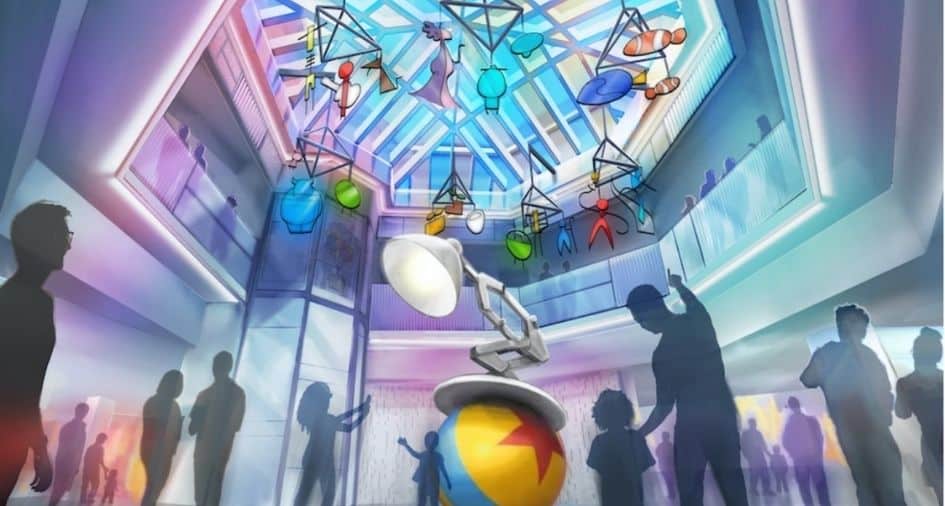 Well, this past weekend was Disney’s D23 Expo — the ultimate Disney fan event. The Parks and Experiences panel — hosted by Disney Parks Chairman Josh D’Amaro — shared even more details about what was to come of Disney’s Paradise Pier Hotel — including a name change!

Soon, Paradise Pier Hotel will close down and begin its transformation. When it reopens, it will be called Pixar Place and will celebrate decades of Disney and Pixar magic! Here’s what we know so far:

As previously announced, we are reimagining Disney’s Paradise Pier Hotel with a Pixar theme. Today we shared that it will be called Pixar Place Hotel.

The hotel will weave the artistry of Pixar into its comfortable, contemporary setting, including fantastic areas for everyone to enjoy, like this “Finding Nemo”-themed splash pad area.

And even more news we are thrilled to share here on the Disney Parks Blog first – fans of fried chicken and maple bacon donuts, rejoice! We will welcome the team from Southern California local favorite Great Maple, which will open a flagship restaurant on the first floor and operate other food and beverage locations throughout Pixar Place Hotel. This modern American eatery specializes in upscale comfort food with a twist, serving fresh takes on American classics for breakfast, lunch and dinner. This is not the only Pixar change that will be happening at Disneyland Resort. Disney California Adventure will also see its Pacific Wharf area revamped into San Fransokyo from Big Hero 6!

At this time, Disney has not shared when construction will begin on either Pixar Place Hotel or San Fransokyo. Disney Dining will keep you updated as we learn more and as construction moves along.