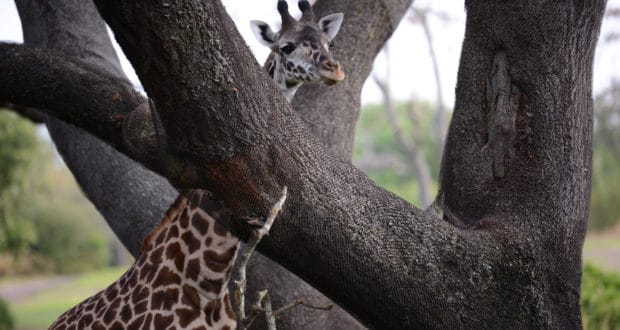 Episode One – Kenya, the Gutsy Giraffe

On the Harambe Wildlife Reserve, Kenya, a Masai giraffe, steps up for a pedicure that could make Disney history as animal keeper Rory and the team attempt to provide unique hoof health by training her to undergo a “nail” trim, voluntarily. Kenya proves to be a very apprehensive patient, but the team perseveres knowing one small step for her is one giant leap for the park’s giraffes. Meanwhile, out on the savanna, African elephant Mac, — the park’s biggest resident — has a routine checkup that reveals a mouthful of mystery. Over in the Affection Section at Rafiki’s Planet Watch, it’s make or break for a much smaller resident, Popcorn, a rescued chicken with an egg problem who requires surgery. Behind the scenes, Disney Imagineers, including the visionary Joe Rohde, dream up a magical palm tree that illuminates the elephants during the park’s evening safari.