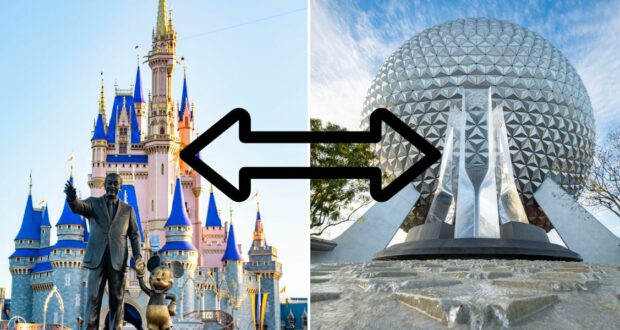 Magic Kingdom and EPCOT A Comparison of Two Popular Parks

Comparing EPCOT to the Magic Kingdom can, at first glance, seem like comparing apples and oranges. But Guests choosing between the two Parks may need help selecting which is the best Park option for them. Let’s zero in on these Disney Parks to see which is a better fit for your family. 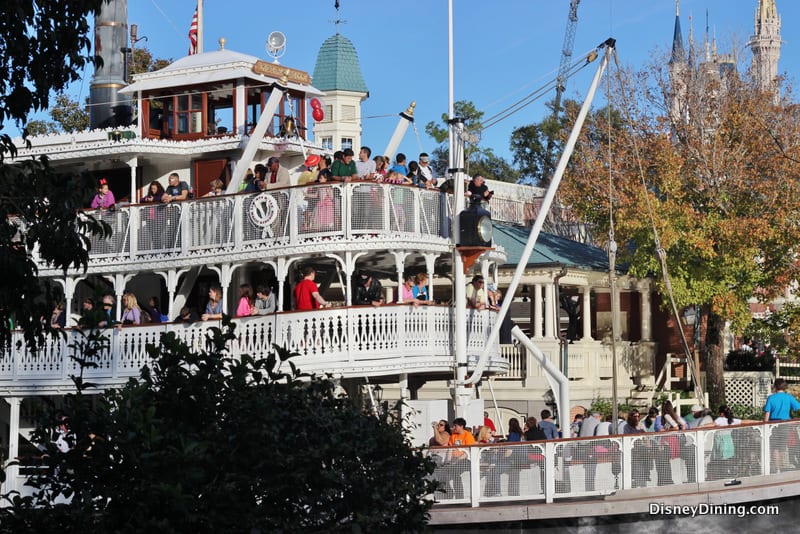 The Magic Kingdom was designed to transport families into the pages of their favorite stories. Join Winnie the Pooh, Peter Pan, and Davy Crockett as you enjoy the rides, shows, sites, and smells from these stories and so many more. Crooning with the magical birds in the Enchanted Tiki Room, exploring a colonial city, or blasting off into space on Space Mountain all mentally transport theme Park Guests into another world. 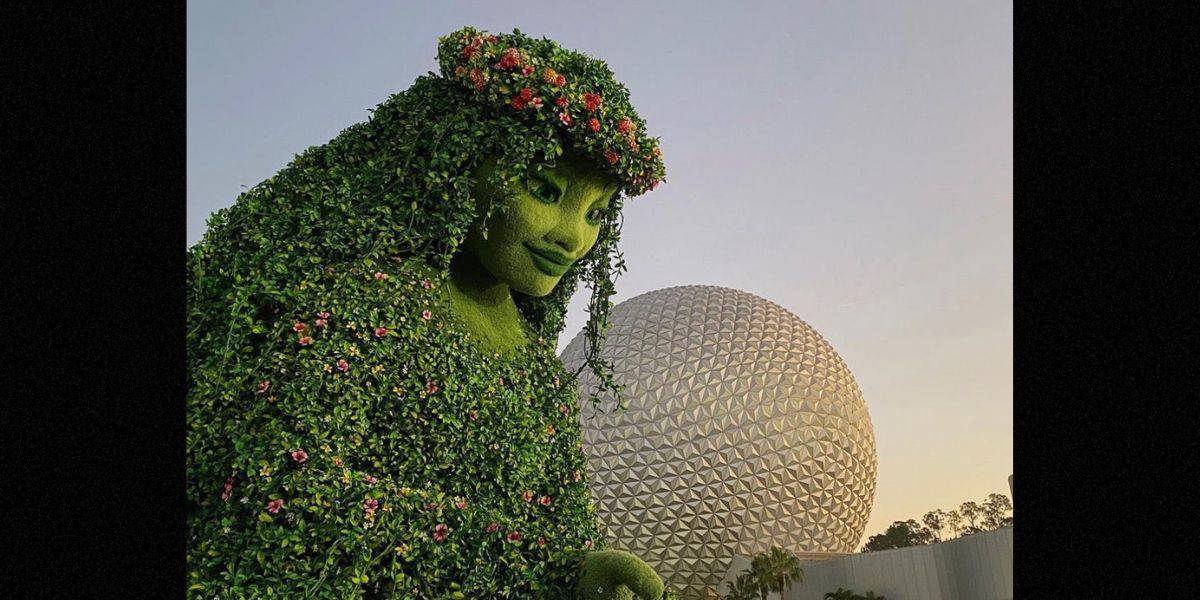 EPCOT was initially designed to be the Experimental Prototype Community of Tomorrow, a place for people to work, live, and play together. Walt Disney envisioned an actual city when designing EPCOT, and man were those plans groundbreaking and ahead of their time. EPCOT is designed with visions of technology, the future, and innovation in mind. Guests will find that attractions in EPCOT have the flavor of innovation, discovery, technology, and cultural exploration, while Magic Kingdom Park is all about escaping reality and enjoying classic Disney stories from a new dimension.

Related: Universal Studios Offering an Annual Pass with Unlimited Visits for Less Than $200

EPCOT ranks second in Walt Disney World Park size, coming in behind Disneys Animal Kingdom. Fun fact: Disney’s Animal Kingdom is the largest Park because of behind-the-scenes areas Guests never see. After all, the animals in this Park need ample space to explore and plenty of behind-the-scenes animal care facilities. EPCOT, on the other hand, is a large Park that, well, feels like a large Park.

EPCOT is a monster of a Park covering a massive 300 acres compared to the 107-acre Magic Kingdom. A day of visiting attractions and covering ground at Walt Disney World means Guests rack of miles of walking. Theme Park Guests will quickly see how many more miles they log exploring EPCOT instead of Magic Kingdom. 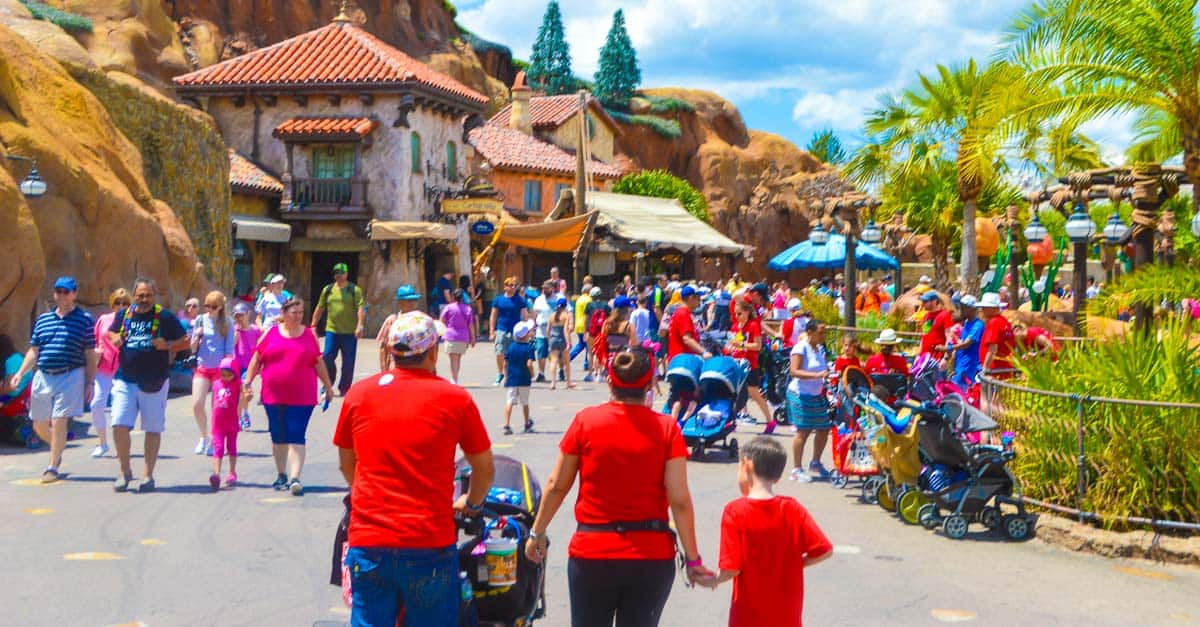 While EPCOT’s acres are numerous, they are divided into four sections, World Celebration, World Discovery, World Nature, and World Showcase. The front of the Park is home to World Nature, World Celebration, and World Discovery. This area was previously known as Future World. This section of the Park explores science, nature, communication, physics, and many more concepts through rides, films, and interactive learning opportunities. 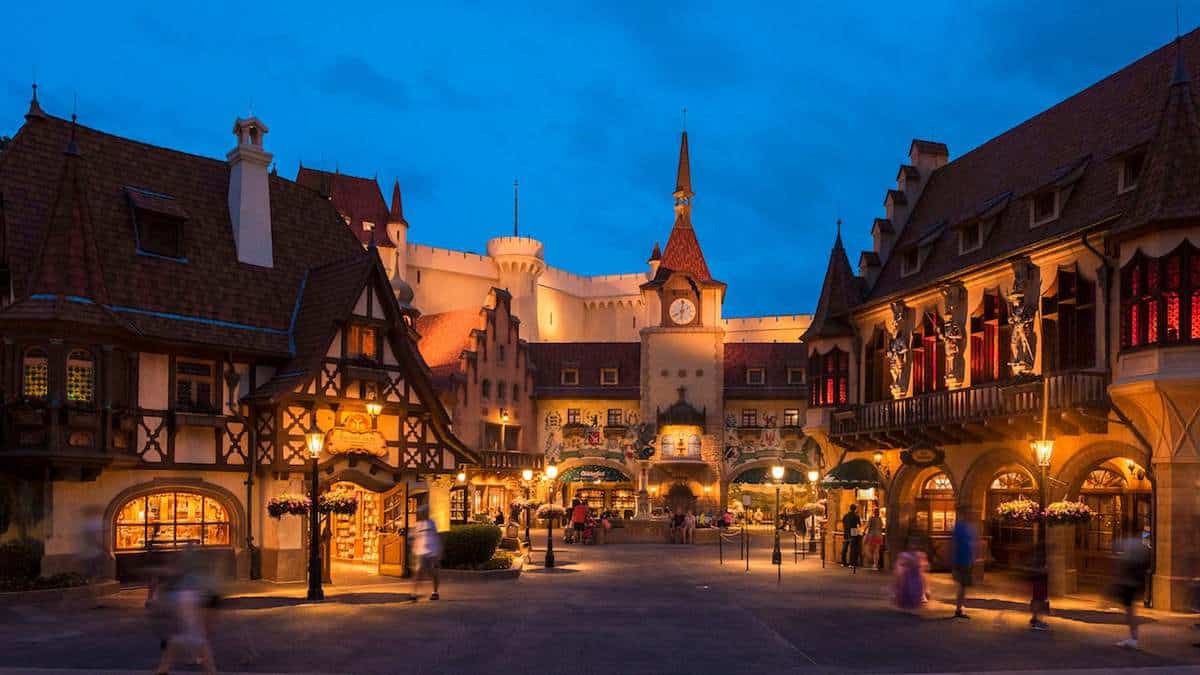 World Showcase presents the culture of eleven countries from around the globe. This part of the Park is my favorite. I love sampling international cuisine, playing on the rides, and chatting with Cast Members to learn about the countries represented. The Magic Kingdom is divided into lands that embrace themes and stories from classic Disney films. Main Street, U.S.A., Adventureland, Frontierland, Liberty Square, Fantasyland, Storybook Circus, and Tomorrowland are the sectors that comprise the Park.

Rides, restaurants, and stores that speak to the theme of each land are located around the Park. Explore the mines of the wild west on Frontierland’s Big Thunder Mountain Railroad, channel your inner Ichabod Crane as you enjoy stuffed waffles in Liberty Square or journey under the sea with Ariel herself in Fantasyland. 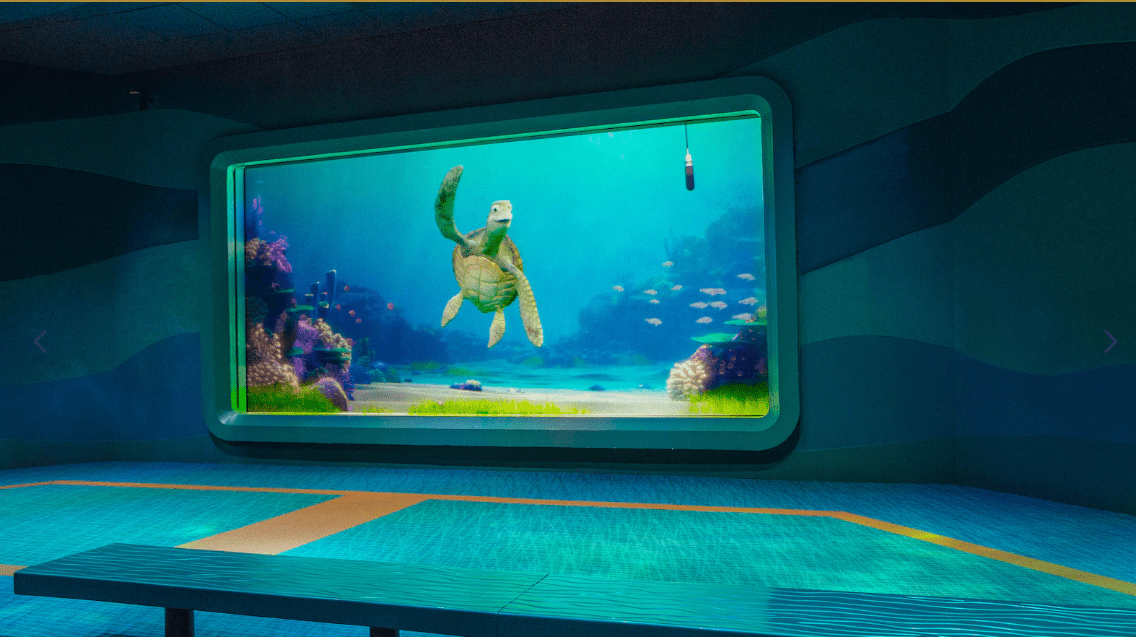 While the ride-to-show ratio has, of course, changed over the years, it is safe to say that EPCOT generally has more shows and films than The Magic Kingdom. Nations represented around World Showcase have an informative movie about the country. In the front of the Park, you will find interactive shows like Turtle Talk with Crush at the Living Seas and classic animatronic shows like The American Adventure. 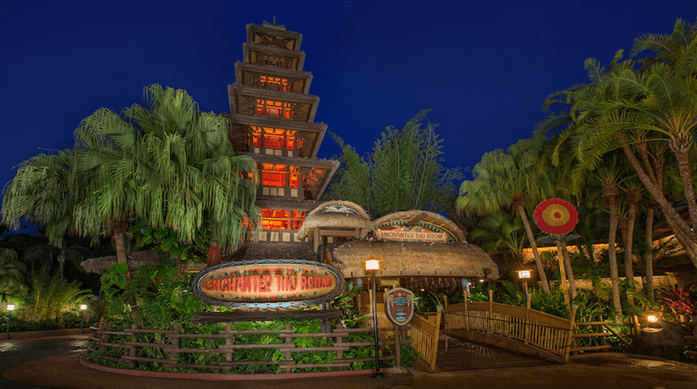 Magic Kingdom Park is a much more ride-heavy theme Park with fewer shows and films scattered throughout the rides. Mickey’s PhilharMagic, Monster’s Inc. Laugh Floor, The Hall of Presidents, The Enchanted Tiki Room, and Country Bear Jamboree are a few of the shows available at Magic Kingdom for Guests hoping to escape the heat and enjoy a show break during the Park day. 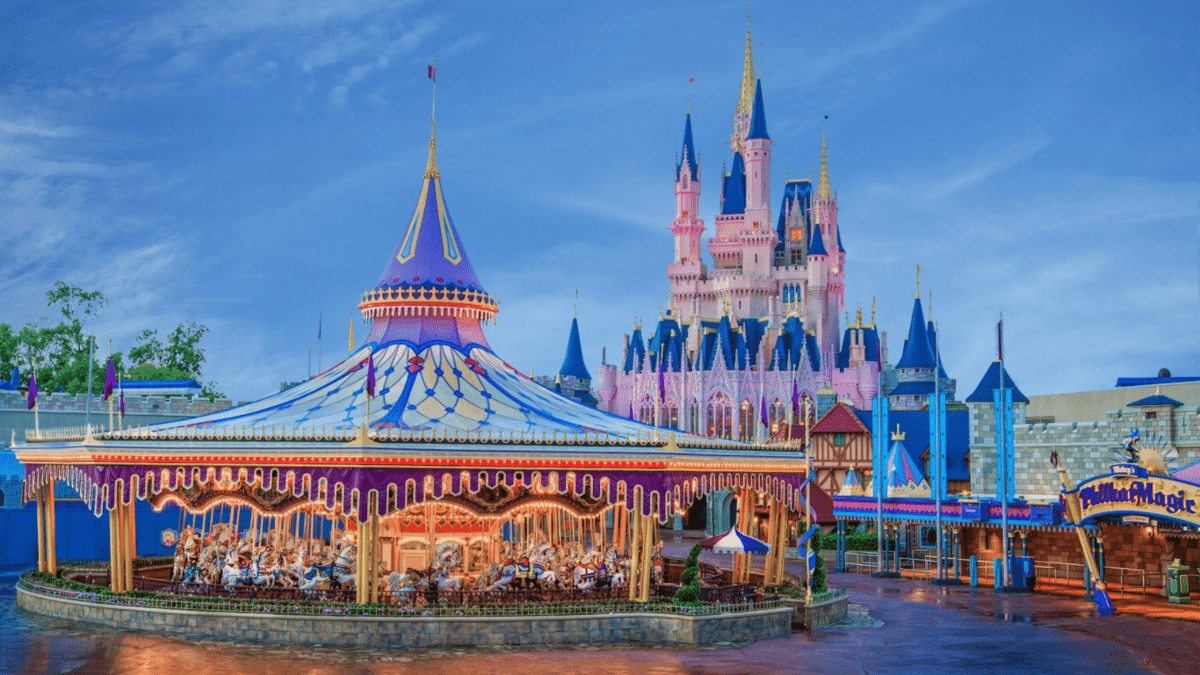 The Magic Kingdom was designed as an escape from reality. Spurred by the knowledge that no carnival, boardwalk, or amusement area had rides that parents and children could enjoy together, Walt Disney had a grand idea that manifested as Disneyland Resort. As the years unfurled and Walt Disney World Resort in Orlando opened, the Walt Disney Company saw adults just as excited to enter into this fantasy world of the Magic Kingdom. 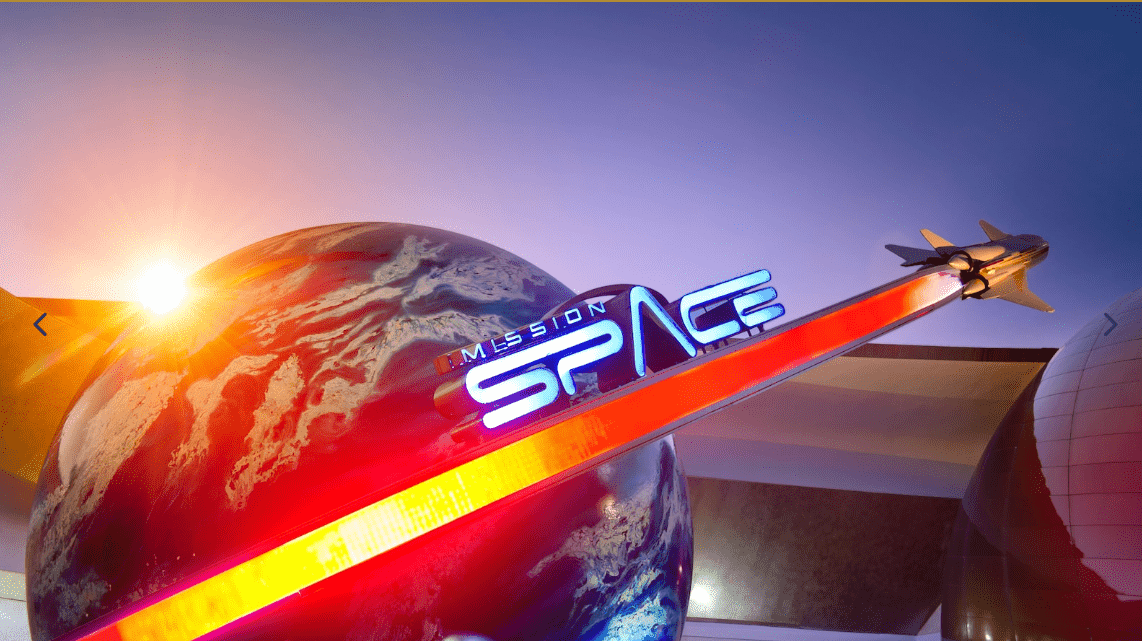 Today, the Magic Kingdom still seeks to leave Guests with magical memories of timeless fun and the ability to reconnect with the innocence of childhood. EPCOT is a forward-thinking Park that aims to leave Guests with a few extra tidbits of knowledge and a drive to go out and explore the world and change it for the better. 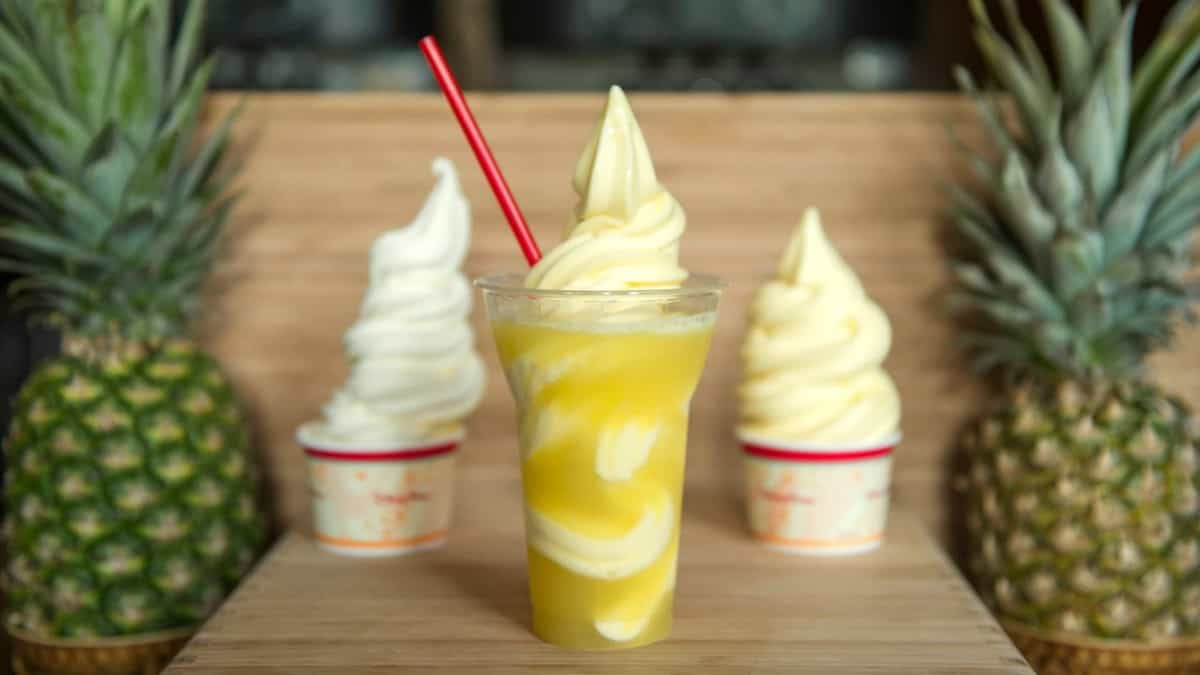 I cannot talk about any Disney World Theme Park without speaking about the delicious food available for Guests to enjoy! Dining options at the Magic Kingdom or EPCOT are all-around crowd-pleasers. You will notice a difference in the type of food available at the Parks. While the food in both Parks fits the theme of the land or country that it is found in, there is a considerable variation in cuisine available between these two parks.

You’ll enjoy eats like jumbo roasted turkey legs in Frontierland, frosty Dole Whips in Adventureland, and Joffrey’s Coffee in Tomorrowland. These are just a few of my favorite Magic Kingdom Park foods to enjoy as I stroll by the Haunted Mansion, between rides on “it’s a small world” or snap selfies with Cinderella Castle. If you want to sample cuisine from around the world, there is no better activity than exploring EPCOT. Foodies must visit EPCOT if drinking and snacking is on your vacation must-do list. While the front of the Park near Spaceship Earth does boast some good eats, my favorite foods at EPCOT can all be found around World Showcase. Guests of EPCOT can choose from an array of quick service or table service restaurants that offer American, French, Italian, Chinese, and Nordic cuisines, to name just a few! Snag school bread in Norway, nosh on nachos in Mexico, or enjoy a glass of champagne in France during a fun theme Park day at EPCOT!

I hope this comparison is helpful if you are heading south to Orlando theme parks and choosing between Magic Kingdom and EPCOT. Both Parks are incredible, so it’s about choosing the best Disney World Park for you. Happy vacation planning!