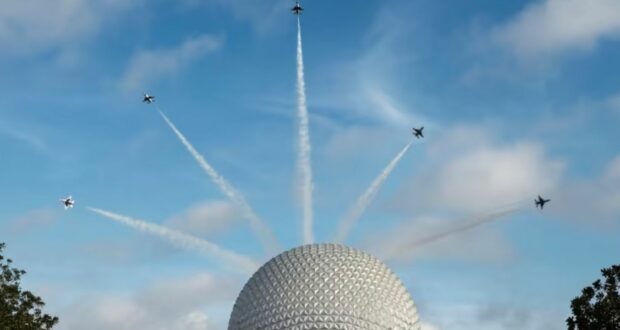 Walt Disney always felt that it was important to support the country and honor those in the military and their families. During World War II, Disney even allowed troops to move into the studio lot in Burbank, California because it was close to the Lockheed Aircraft Plant that the troops were assigned to protect. Mr. Disney even worked to make training videos for the Army, something he did at cost, meaning he made no money from it. During those WWII years, military training videos made up 90% of the studio’s content. 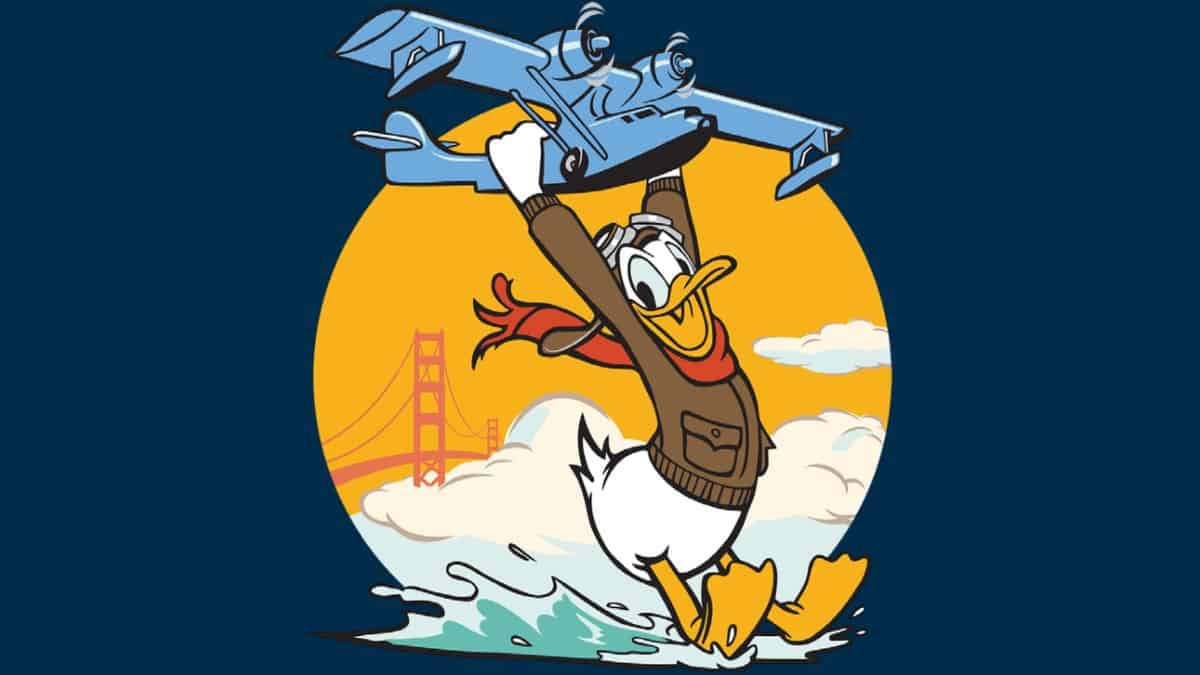 Disney sent out the following statement, announcing the flyover:

As part of Disney’s enduring respect for those who serve in the military and their familes, we are hosting a flyover over Magic Kingdom Park by the U.S. Air Force Thunderbirds flight demonstration team on Thursday, October 27 to mark the arrival of National Veterans and Military Families Month in November. They will do two passes beginning at 9:30 a.m. over the Park (weather dependent), culminating in their famous delta maneuver where they pass over the castle, accelerating rapidly in different directions, giving the appearance of a fireworks display. 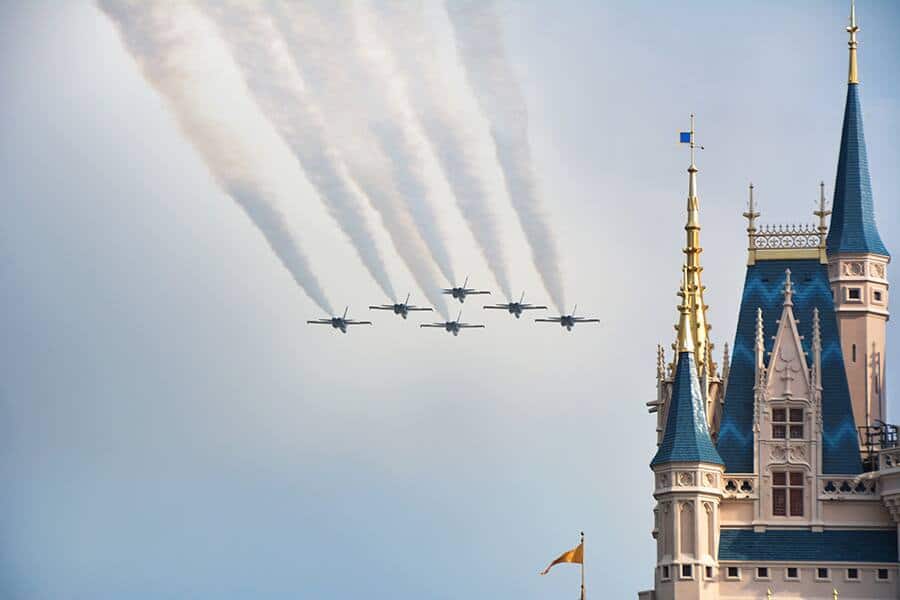 The Thunderbirds made their last appearance at Walt Disney World Resort in October 2020, to honor past and present military members, as well as those who gave their lives during their service.

For those in the Orlando area, the Thunderbirds will be performing at the Orlando Air & Space show, which will take place on October 29 and October 3o at the Orlando Sanford International Airport.

2022-10-25
Krysten Swensen
Previous: ‘Avatar’ Director Calls Out Marvel For Characters Who Don’t “Have Relationships”
Next: Ron DeSantis Called Out For Fight With Disney During Gubernatorial Debate