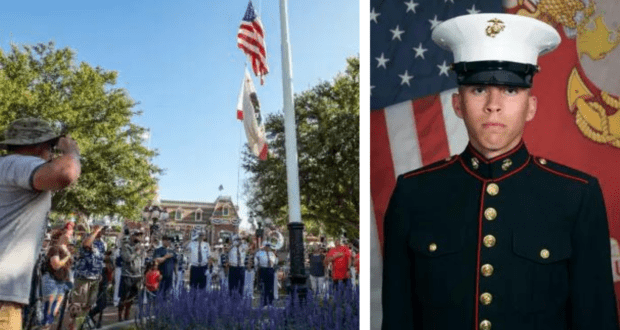 Both Disneyland and Walt Disney World hold a special ceremony every evening. It’s part of a long-standing tradition in the parks, and as such, the ceremony takes place most days of the year, not just on special occasions. But earlier this week, the ceremony took on an even more special meaning at Disneyland’s Town Square. 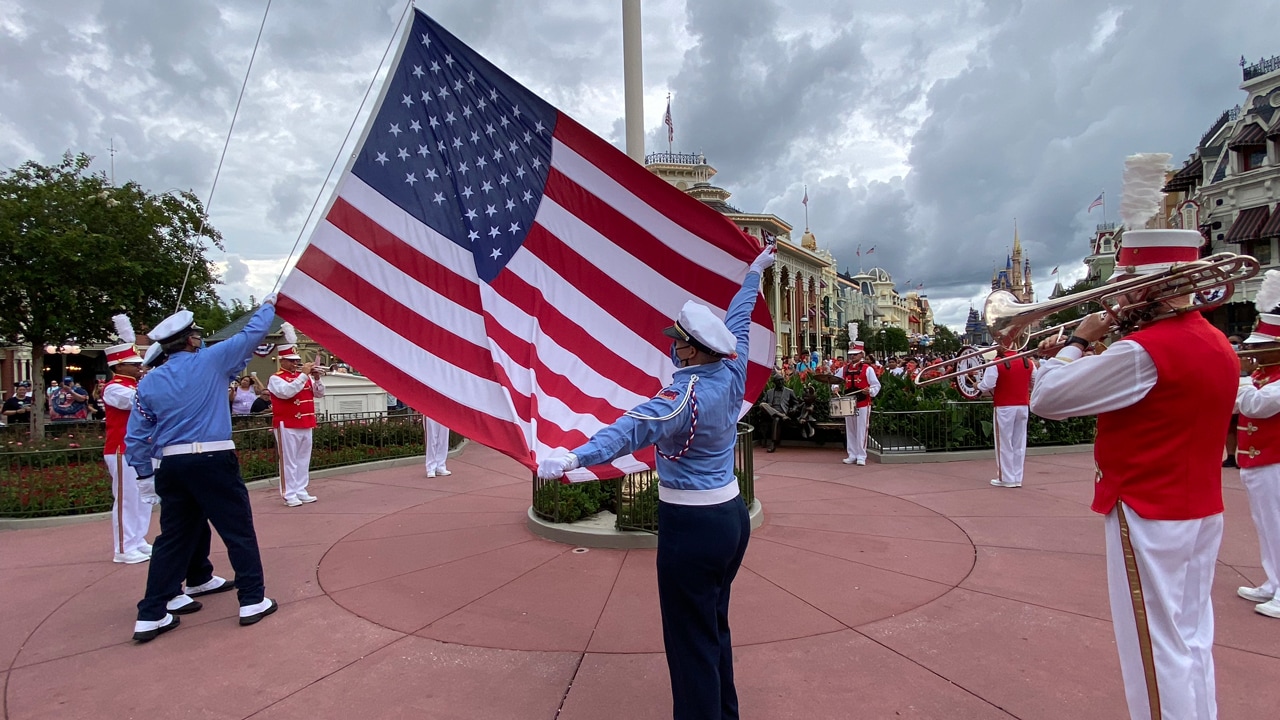 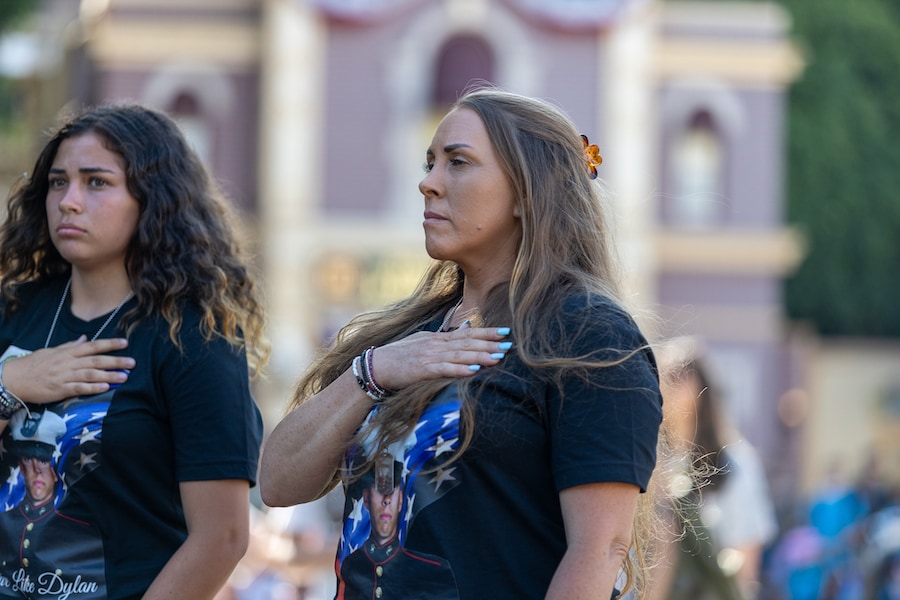 Earlier this week, however, the Flag Retreat Ceremony at Disneyland Park’s Town Square was held to honor and pay respect to the family of the late Lance Cpl. Dylan Ryan Merola. Lance Cpl. Merola gave the ultimate sacrifice a year ago as he served during the U. S. evacuation of Afghanistan. He was just 20 years old. Merola lost his life on August 26, 2021, as did twelve other servicemen and servicewomen who were participating in the evacuation from the south-central Asian country, named “Operation Freedom’s Sentinel,” during an attack outside the Hamid Karzai International Airport in Kabul.

The 13 servicemembers who lost their lives represented three branches of the U. S. Armed Forces. According to a press release from the Department of Defense, eleven Marines, one Navy corpsman, and one soldier “were killed as the result of an enemy attack while supporting non-combatant evacuation operations.”

According to Disney Parks Blog, several of those closest to Merola were in attendance at the Flag Retreat Ceremony:

In attendance were Cpl. Merola’s mother, Cheryl Rex, his grandparents, sister, and brother Brandon, who days earlier graduated from the Marine Corps Boot Camp. Cpl. Merola grew up locally in Rancho Cucamonga and often visited the Disneyland Resort with his family.

“It meant so much to me to honor my son,” Ms. Rex said. “Growing up, we attended a lot of things at Disneyland, and it’s very meaningful here. It’s a special place to us.” 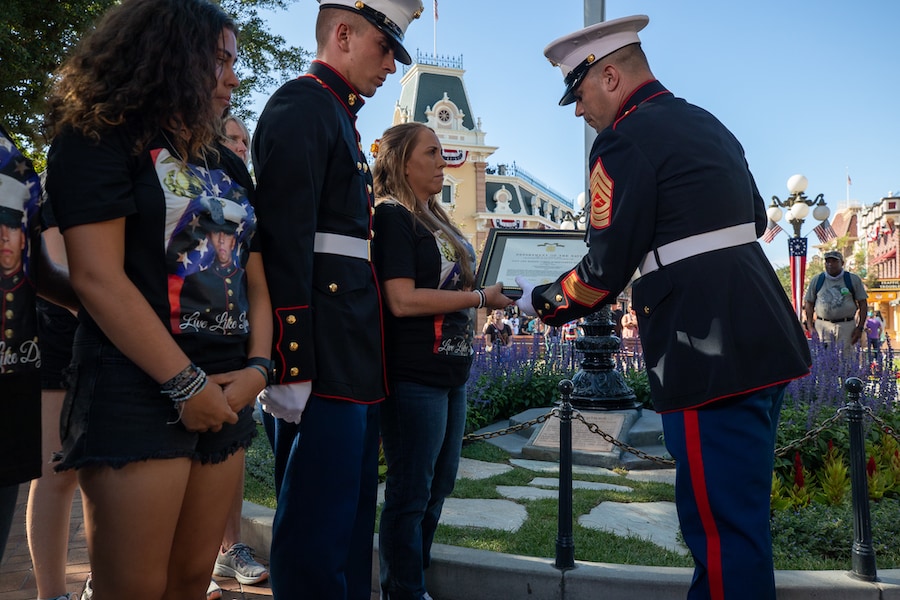 During the Flag Retreat Ceremony, Lance Cpl. Merola was posthumously presented with the Navy Achievement Medal by Marine Master Sgt. Patrick Hause. The honor recognizes the brave and heroic actions demonstrated by those in the U. S. Armed Forces during specific situations.

In September 2021, Lance Cpl Merola was praised by his family and friends for his bravery and his generosity during his funeral service. Merola was assigned to 2nd Battalion, 1st Marine Regiment, 1st Marine Division, I Marine Expeditionary Force out of Camp Pendleton in his home state of California.

2022-08-12
+Becky Burkett
Previous: Disney+ has finally won the streaming wars, beating out rival NETFLIX, but all is not as it seems
Next: Food Pantry For Disney Cast Members Faces Crisis As Donations Dwindle