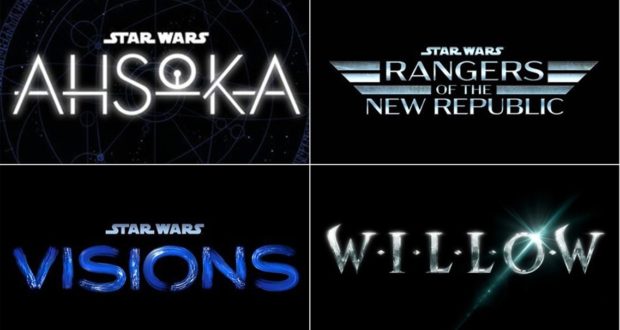 Investor Day 2020 took place on December 10 and will FILLED with several thrilling announcements that look ahead to exciting Disney+ series and new feature films. Walt Disney Studios Lucasfilm was a highlight of the announcements with new content destined to expand the Star Wars galaxy like never before! Check out the summary of all the Lucasfilm news from the Disney Investor Day below as shared by D23.

Among the projects for Disney+ are Obi-Wan Kenobi, starring Ewan McGregor with Hayden Christensen returning as Darth Vader, and two series set in the Mandalorian era from Jon Favreau and Dave Filoni: Rangers of the New Republic and Ahsoka, a series featuring the fan favorite character Ahsoka Tano and starring Rosario Dawson.

The studio is also revisiting Willow in a new series with Warwick Davis returning in the title role.

And fans are advised to set their coordinates for December 2023 and the next feature film in the Star Wars franchise: Rogue Squadron, to be directed by Patty Jenkins of the Wonder Woman franchise.

Also announced was the next installment of the Indiana Jones franchise directed by James Mangold, a Star Wars feature film by writer/director Taika Waititi and Children of Blood & Bone, based on Tomi Adeyemi’s New York Times bestselling novel, to round out the feature-film slate.