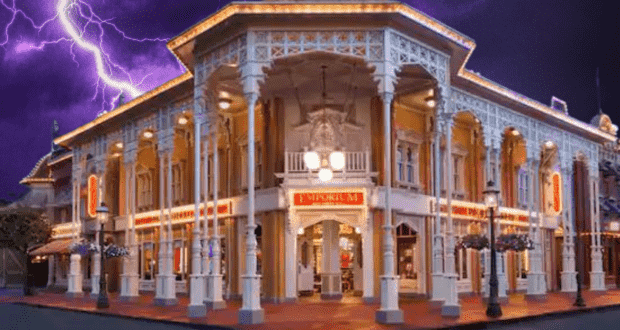 Central Florida is notorious for its rainy weather.

Recent nationwide dry conditions excluded, Guests who visit the Walt Disney World Resort in Central Florida–especially in the spring and summer–can be almost guaranteed a rainshower (or several) if they spend any length of time in the area. 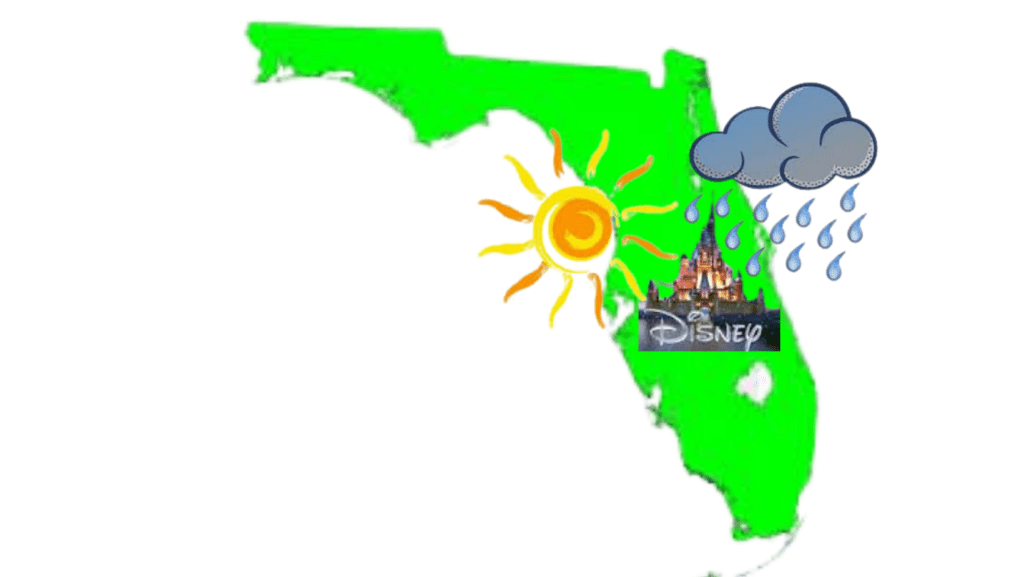 The Orlando area is known for its humid subtropical climate, per TripSavvy:

Central Florida, which includes the Orlando area, has a humid subtropical climate. The area gets an average of 53 inches of rain every year, while the average in the U.S. is 32 inches per year. Its rainy season is from May through October, so you’ll need an umbrella for sure at that time of year.

But the area isn’t as prone to severe thunderstorms with lightning as other areas are, although many Guests of Disney World can recall times when they’ve visited and have been caught in storms with lightning, thunder, and even heavy rains that result in the temporary flooding of Guest areas in the parks.

Recently, Guests at Disney World have been seeing lots of rain from time to time while in the parks, and some of that rain has been ushered in with thunder and lightning.

In another video from the weekend, TikTok user WorldofWilsons captured a lightning strike over Disney’s Grand Floridian Resort. Her video is shared in slow-motion so viewers can see the terrifying bolt of lightning as it pierces the sky and touches down briefly.

According to Weird Disney, Central Florida sees more lightning than any other part of the country–on average, the area sees more than 50 lightning strikes per square mile. Lightning can be beautiful and awe-inspiring from a distance, but it can be deadly too. 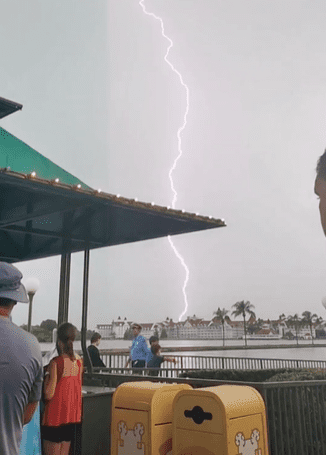 But Disney World takes measures to keep Guests safe from such threats. Scattered across the Walt Disney World Resort are several hidden lightning rods: hidden, but in plain sight, really; although Guests may never even realize they’re looking at a lightning rod.

At Disney’s Hollywood Studios, the right ear on the Mickey Mouse that stands atop the Crossroads kiosk tower near the entrance to the park is a lightning rod. It’s made of copper and, as with any other non-Mickey lightning rod, it attracts the lightning to it. When a bolt of lightning strikes the rod, its millions of volts of energy are channeled through the copper around the structure and into the ground below, keeping Guests safe.

Also, the weather vane atop the Hall of Presidents structure at Magic Kingdom‘s Liberty Square is a lightning rod, and at the highest point on the Hollywood Tower Hotel at Disney’s Hollywood Studios, spires that look like finials on the structure are actually lightning rods as well.

(Note: the Hollywood Tower Hotel was struck by lightning during a freak storm back in 1939, and 5 people in the elevator disappeared and have never been seen again. Or so the story of the attraction goes.)

It’s important to keep in mind that although there are safeguards in place at Disney World to prevent injuries to Guests during storms, if you see lightning in the area, it’s a good idea to seek shelter indoors until the storm passes.

2022-08-21
+Becky Burkett
Previous: “The Incredibles” nearly landed the PIXAR powerhouse in all kinds of legal trouble
Next: Former Imagineer Says One Part of Expedition Everest Was “Really Controversial”