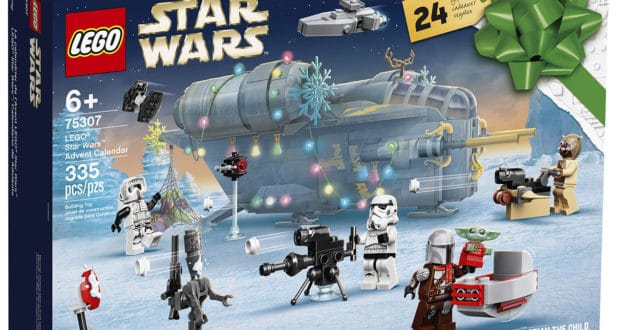 Just imagine a holiday with Grogu, Mando and carolers all coming together to celebrate. This is what LEGO is bringing to us with the new  LEGO Star Wars Advent Calendar for 2021.

The set will be available on lego.com starting September 1st for $39.99. Get there fast as you know it will be a popular item this holiday season.