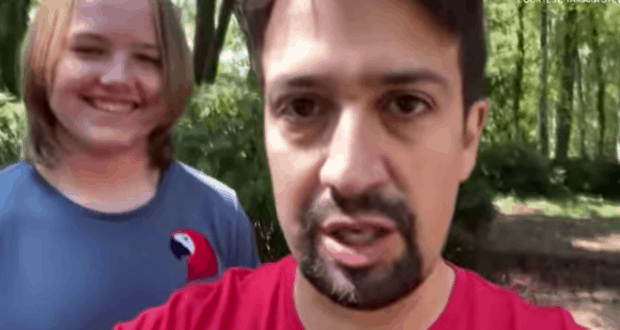 Kid skips class & hangs with Lin-Manuel Miranda, but teacher FREAKS OUT when she hears the excuse from Miranda himself

A student at Centennial High School in Roswell, Georgia, had a lot of explaining to do.

The young man, Luke Stevens, told his United States History teacher that he wouldn’t be in class the next session because he was going to be hanging out and having lunch with the “creator of Hamilton,” not to mention the lyrical genius behind the impressive, award-winning, and viral music from Disney’s Encanto.

RELATED: Lin-Manuel Miranda pitched the idea for an “Encanto”-themed attraction at Disneyland to CEO Bob Chapek 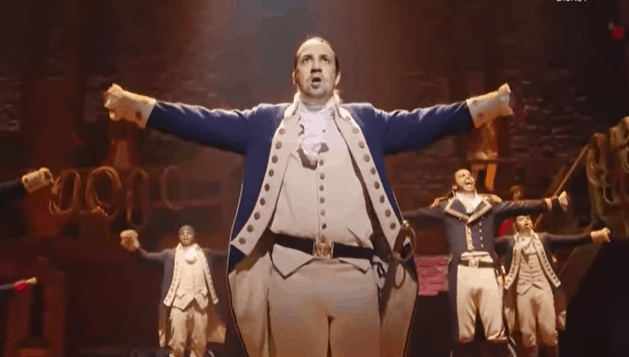 Teachers have heard it all–every excuse and reason for why a student didn’t come to school or why he or she didn’t complete an assignment. But this “excuse” seemed more implausible and impossible than any Luke’s teacher had heard to that point.

But Luke had all the proof he needed. In fact, he didn’t have to say a word because Lin-Manuel Miranda, who was in the Atlanta, Georgia, area for a fundraiser Luke’s mother was heading up on her birthday, was only too happy to record a video of himself speaking directly to Luke’s teacher and corroborating his story.

In the video that Luke ultimately took to his teacher, Miranda introduced himself and tried to put Luke’s teacher’s mind at ease by telling her that he’d be handling U.S. History studies with Luke that day:

“This is Lin-Manuel Miranda. I’m sorry he can’t be in U.S. History class right now, but he’s with me. We’re gonna go over the Bill of Rights, and anything you may be covering right now. We cover a lot in about two-and-a-half hours of ‘Hamilton,’ but we’re gonna go over it in specifics now. So this is not lost time.”

Miranda followed that by expressing gratitude to Luke’s teacher for excusing him from class that day.

When Luke sent the video message to his teacher, who’s a big fan of Lin Manuel Miranda, she was overwhelmed and told Luke she was “freaking out.”

“OMG!!!!,” she said in a message to the student. “Tell [Miranda] I just saw [Hamilton] for the first time and I love it! We will be using his songs tomorrow to teach about Washington’s precedents and the cabinet battles!!” 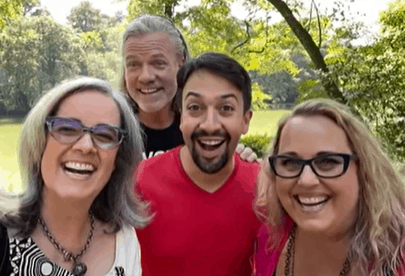 Not only did Miranda give Luke the proof he needed to prove his reason for absence was not a lie, but he also sat down and played the “Happy Birthday” song on the piano for Luke’s mom, Tamara Stevens. 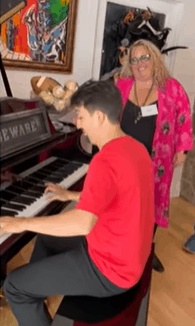 How’s that for an excused absence?