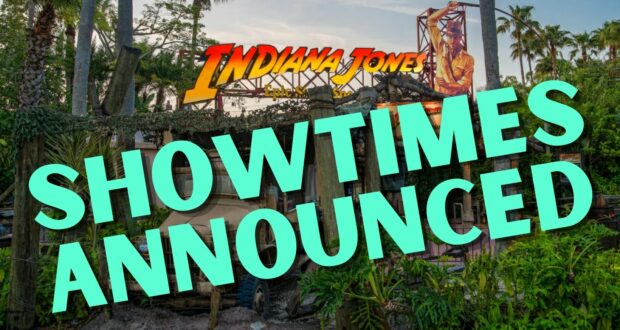 Indiana Jones Stunt Spectacular showtimes have been announced, and we are so excited!

Just before the kickoff to the 50th anniversary celebration of the opening of Walt Disney World, a very exciting announcement (among many) was made–one we’ve been hoping to hear for a very long time. 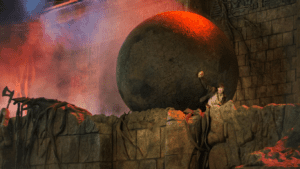 The Indiana Jones Stunt Spectacular stage show is returning to Disney’s Hollywood Studios theme park next month, and Guests are thrilled! Indy will be back beginning December 19 at the Most Magical Place on Earth, and it’s been a long time coming! The show hasn’t been in full swing since the central Florida parks closed in March 2020 in response to the coronavirus pandemic. When the parks reopened in July, Indy was not in attendance, and it makes sense because social distancing might have been more of a feat than the stunts being performed!

And today Disney World announced the showtimes for the experience we can’t wait to welcome back.

Beginning Sunday, December 19, Guests at Disney’s Hollywood Studios can enjoy the stunt spectacular at 5 different showtimes: noon, 1:15 p.m., 3:15 p.m., 4:15 p.m., and 6:00 p.m. As far as we can tell from the calendar at the official Disney World website, those times are the same for December, January, and February, but if you’re hoping to catch the stage show as part of your celebration of the holiday season at Walt Disney World, be sure to check showtimes closer to your trip since times can change, and you don’t want to miss your chance to see Indy and Marion perform thrilling and mind-blowing stunts as they battle it out with the bad guys! 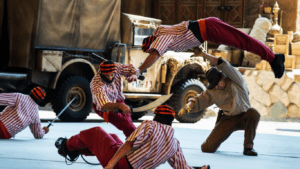 If you’re a fan of Indiana Jones and his film franchise, you won’t want to miss this exciting show that makes exciting use of pyrotechnics, special effects, and stunt choreography that’s sure to have you standing up and cheering!

We’re so excited about the Indiana Jones Stunt Spectacular coming back to Disney’s Hollywood Studios. We’ve missed the complex action sequences, the explosions, the bad guys, the stunts, the fireworks, and the famed audience participation. (We always wanted to be a costumed extra hand-picked from the crowd!) 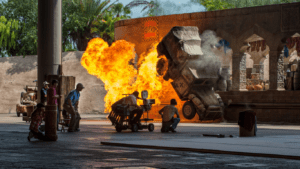 We’ve missed all the excitement of Indy and Marion, the daring duo, performing awesome stunts, but also because it’s just another step in the direction of returning to normal operations in the parks.

Is the Indiana Jones Stunt Spectacular one of your favorites at Hollywood? Which characters are your favorites? Let us know what you love about it!

2021-11-23
+Becky Burkett
Previous: New ‘Little Mermaid’ Stage Show Coming to Disney Wish!
Next: DISNEY ON BROADWAY Returning to Festival of the Arts! Check Out the Lineup